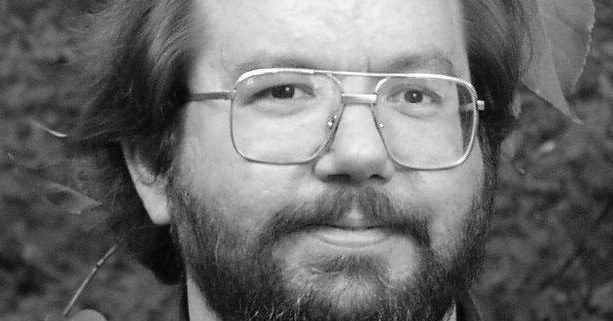 Stephen D. Rogers is a published writer of fantasy, horror, literary, mystery, personal essays, romance, and science fiction. A participant in the Fairfield University Writer’s Institute of 1989, the Bread Loaf conference of 1994, and Robert McKee’s STORY seminar, Stephen is the director of the non-profit literacy organization Literature Is For Everybody, Incorporated. He lives with his wife and daughter in Massachusetts, USA.

Over five hundred of Stephen’s stories and poems have been selected to appear in more than two hundred publications, earning among other honors two “Best of Soft SF” winners, a Derringer (and five additional nominations), two “Notable Online Stories” from storySouth’s Million Writers Award, honorable mention in “The Year’s Best Fantasy and Horror,” mention in “The Best American Mystery Stories,” and numerous Readers’ Choice awards.

THE OUTSIDER ON THE INSIDE

When I tell people I’m a civilian employee at a municipal police department, they usually say that must be great for the writing.

Working within a police department (and I’ve worked in two), I’ve gained some level of admittance to a closed culture. I’ve seen how officers act both while they’re doing their jobs and when they’re unwinding after the shift is complete.

The thing is, thanks to training and on-the-job experience, police officers always scan for threats.

The person with the busted taillight might actually be fleeing the site of an armed robbery. The helpless victim might suddenly attack the officer trying to restrain the alleged offender. The concerned citizen might have an agenda.

Who’s to say the civilian computer guy is any different? Is he another wannabe cop? Is he using them and their experiences for creative fodder? Is he going to make them look bad?

The questions are valid and understandable.

One way I address the issue is to not be a writer at work. I’m being paid to maintain and improve the station’s hardware and software infrastructures, and that’s what I do.

In the three years I’ve been at my current position, I’ve only “conducted research” once, asking a detective how they interfaced with state police on homicides. I was upfront at the time, telling him why I was asking, and even did so in a stairwell to further separate the discussion from our normal duties.

Which brings up a very important point. When talking with police officers, don’t lie. Not only will you probably fail to fool them, you’ll destroy any possibility of trust.

I’ll start with the subject of my lone research project, how the local department works with state police on homicides. For the most part, they work together well. As they do with the ATF, DEA, FBI, and other local departments. After all, they’re on the same team.

I don’t even sense any frustration with the court system, with the judges, juries, and defense attorneys who sometimes undo the officer’s best efforts.

This is why I say working at a police department doesn’t help me all that much with my writing. Where’s the conflict? Where’s the tension? The reality seems to be that police officers are simply highly trained professionals doing a job that just might turn life threatening at any moment.

Another point that’s become obvious over time is that most of the people brought into the station with hands cuffed behind their backs are not criminal masterminds. They either broke laws in order to take a shortcut or they live a fringe existence. They’re not trading quips as much as they’re crying or trying to grasp the idea that they didn’t get away with it.

If my door is open when I’m standing at the network servers, I can reach out and touch the person cuffed to the bench. The cells are only a dozen feet beyond that. When people yell or wail or weep, the sound cuts right through my closed door. And let’s not even mention the drunken singing. 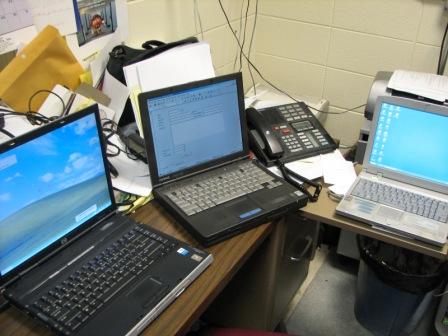 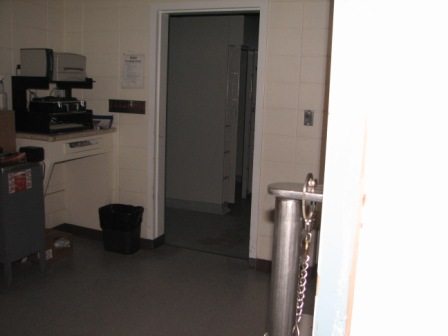 From my doorway, you can see the cuffs on the right, breathalyzer rear left, and cells beyond.

THINGS I’VE BEEN SHOCKED TO LEARN

My suggestion to the people trying to address that issue was to remind their Chiefs that criminals no longer stay within town boundaries, that everything changed when they invented the horse.

I’m not sure that helped.

I honestly don’t know why anybody would want to be a police officer.

I haven’t yet come to terms with the fact that police officers aren’t held in higher regard.

I can’t believe neither of the police stations where I worked boasted coffee makers, coffee vending machines, or coffee shops. Don’t these people watch television and movies?

A police department is a 24-7 operation. Any time that I schedule backups is inconvenient because it slows network response time. 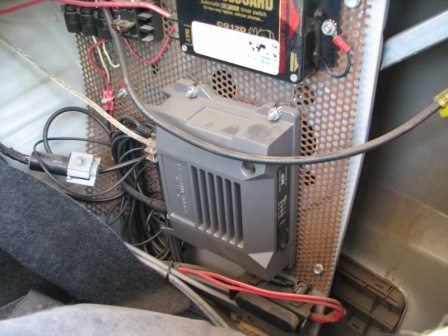 The modem that allows the vehicles laptops to reach the station.

Nights and weekends are not the usual obvious windows for system maintenance because things can even be hotter during those periods. I’ve come in at 3am and then waited an hour for dispatch to slow enough that I could reboot a server. 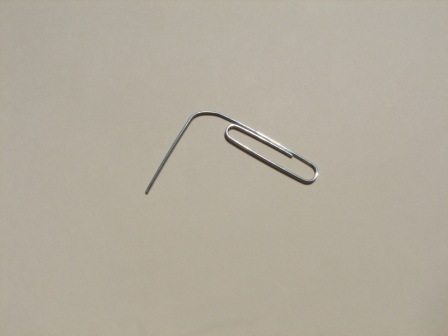 The best tool around, bar none.

While configuring a laptop, it is not unusual to see an officer running towards the vehicle and — no — the officer can’t wait for the next two steps and a reboot.

Software that adds ten seconds to bootup may not be critically significant in an office setting, but it can be in an emergency situation. A slower workstation equals more time spent entering reports and thus either less time on patrol or hits against the overtime budget.

Technology is wonderful when it works, and frustrating when it doesn’t. In law enforcement, a technical glitch can be enough to let the bad guy get away. 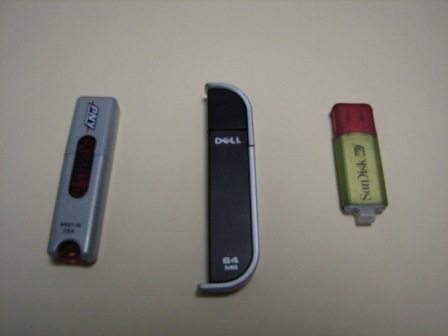 Buy a USB drive and backup your files.

The line separating what can be done and what will be done is a matter of money, the budget determined by people who may have no appreciation of the singular needs of law enforcement.

I generate the public logs, which means I see them seconds before I post them to the internet.

Lori L. Lake: Outfitting Your Crooks – And Yourself
Scroll to top