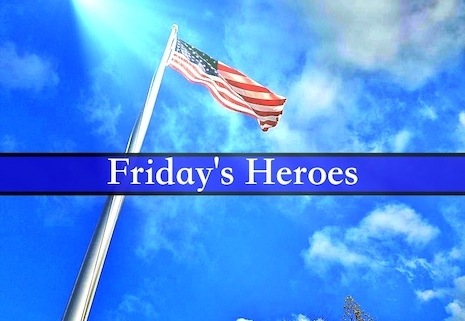 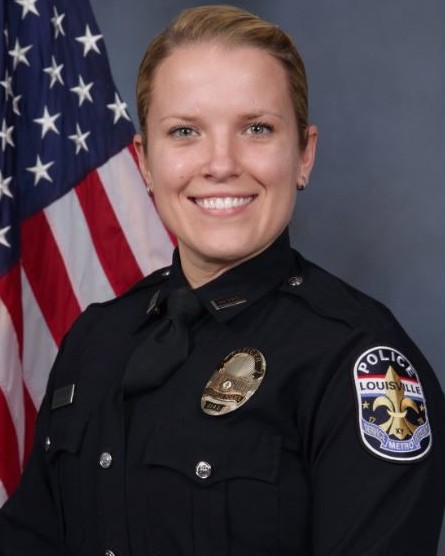 December 24, 2018 – Detective Deidre Mengedoht was killed when her patrol car was struck by a tractor-trailer driven by an impaired driver.  She was conducting a traffic stop at the time of the crash and, upon impact, her patrol vehicle burst into flames. She was trapped inside and died at the scene.

She is survived by her young son. 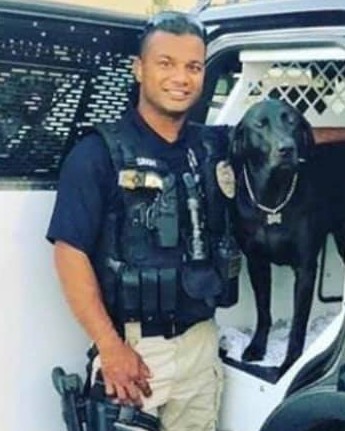 December 26, 2018 – Corporal Ronil Singh was shot multiple times and killed while conducting a vehicle stop. The shooter, an illegal immigrant with a gang affiliation, fled the scene. He was arrested two days later while attempting to flee back to Mexico. 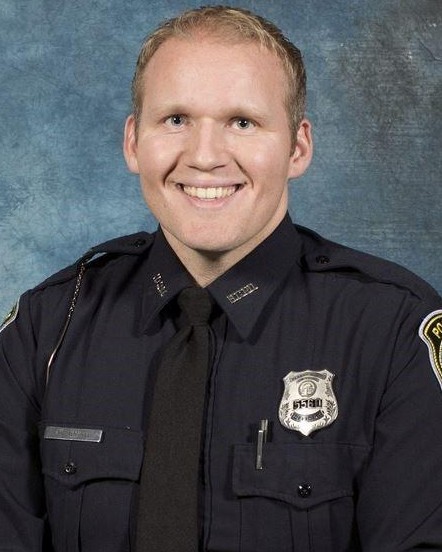 December 28, 2018 – Officer Michael Smith succumbed to a gunshot wound sustained while struggling with a violent suspect at a dentist’s office. While trying to restrain the subject Officer Smith deployed his Taser but it was ineffective and the man continued to struggle. During the scuffle the man attempted to disarm the officer of his service weapon. As Officer Smith struggled to remain in control of his firearm, it discharged a single round, killing the man and striking Officer Smith in the face.

Officer Smith is survived by his wife and 3-year-old son. 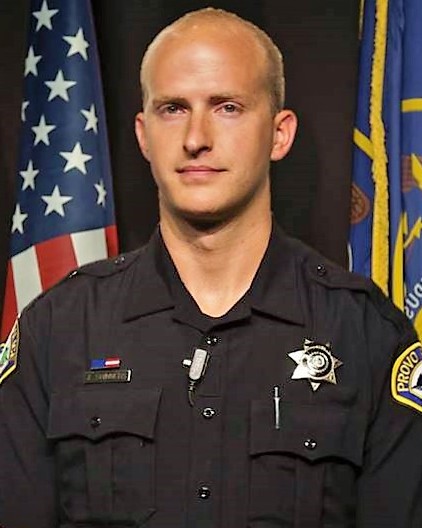 He is survived by his wife and young son. 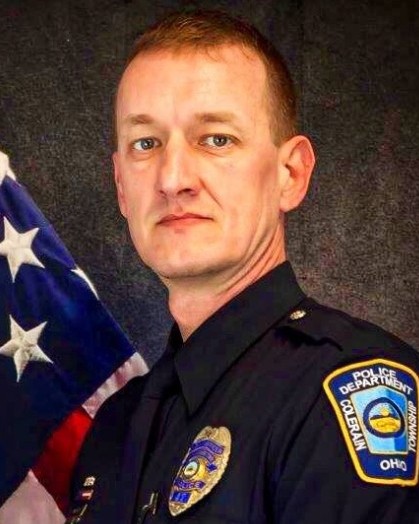 January 7, 2019 –  Officer Dale Woods died as a result injuries received when a pickup truck struck him as he was moving traffic cones at the scene of a previous crash.

He is survived by his three children. 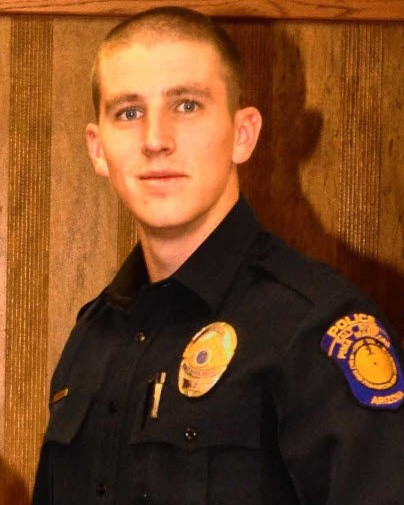 January 8, 2019 – Officer Clayton Townsend was struck and killed by a vehicle while conducting a traffic stop. The driver who struck Officer Townsend was texting and driving at the time of the crash.

Officer Townsend is survived by his wife and 10-month-old child. 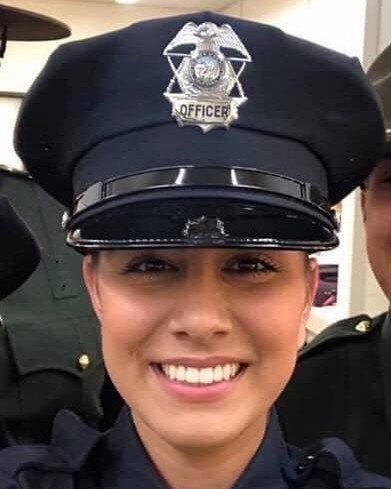 January 10, 2019 –  Officer Natalie Corona was shot and killed after responding to a report of a three-car vehicle crash. As she was was conducting an investigation at the crash scene, a man who was not involved with the incident rode up on a bicycle. As Officer Corona spoke to one of the persons involved in the crash, the man on the bike then walked up to her and opened fire, striking her. He shot her several more times after she fell to the ground. He then began shooting randomly at bystanders and vehicles.

The subject fled into a nearby home and just as responding officers arrived to search for him, he exited the house wearing body armor. He yelled at the officers and then went back inside. He committed suicide moments later.

Officer Corona is survived by her parents. 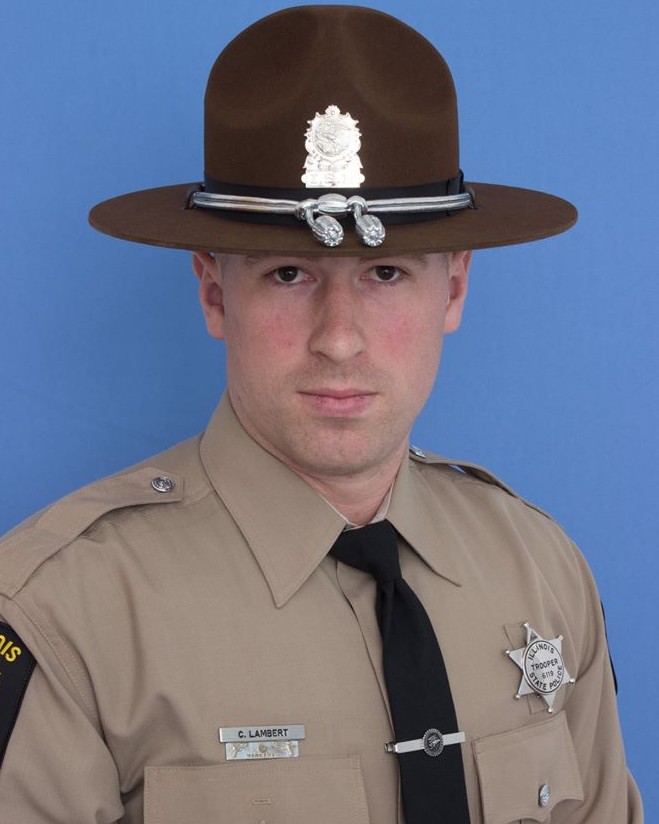 January 12, 2019 – Trooper Christopher Lambert was struck and killed by a vehicle while investigating a crash. He was standing beside his patrol car when the passing vehicle attempted to use the left shoulder to pass the accident scene . The driver of the vehicle that struck Trooper Lambert admitted to smoking THC oil. As a result of his actions, he was charged with reckless homicide.

Trooper Lambert is survived by his wife, 1-year-old daughter, and parents. 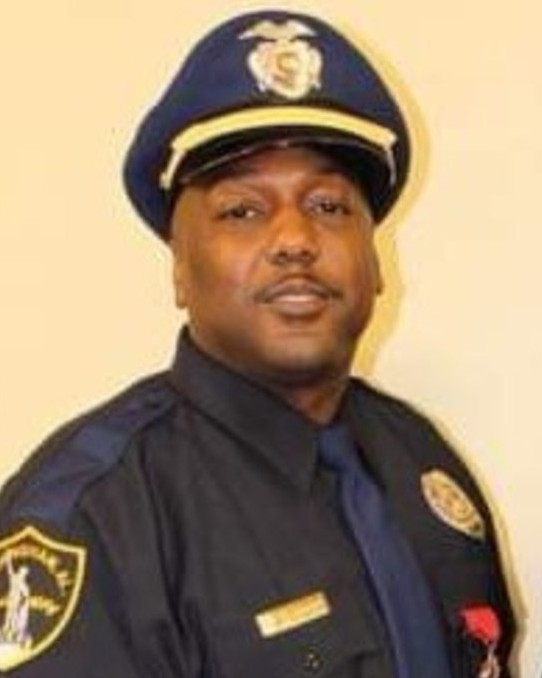 January 13, 2019 – Assigned to a special detail as the result of multiple of vehicle break-ins, Sergeant WyTasha Carter, while in full uniform, was shot and killed as he and another officer attempted to arrest two men who were caught in the act of breaking into cars.

Sergeant Carter is survived by his wife and children. 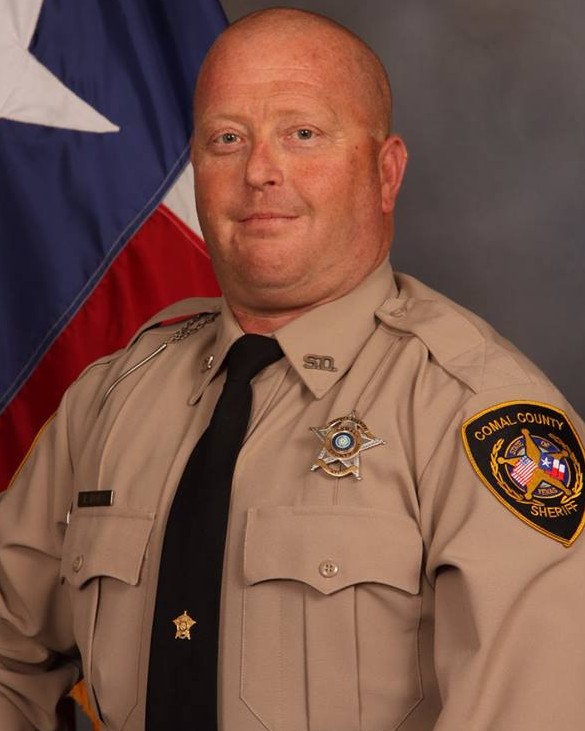 January 17, 2019 – Deputy Sheriff Ray Horn suffered a fatal heart attack while driving after participating in his agency’s physical fitness testing. His patrol car then crashed into two other vehicles. He was pronounced dead after being transported to the hospital.

Deputy Horn is survived by his wife. 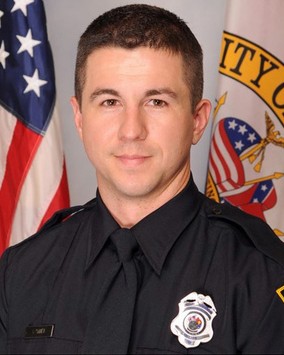 January 20, 2019 –  Officer Sean Tuder was shot and killed as he and several other officers attempted to serve an arrest warrant on a subject who was wanted for several charges by local and federal officials. 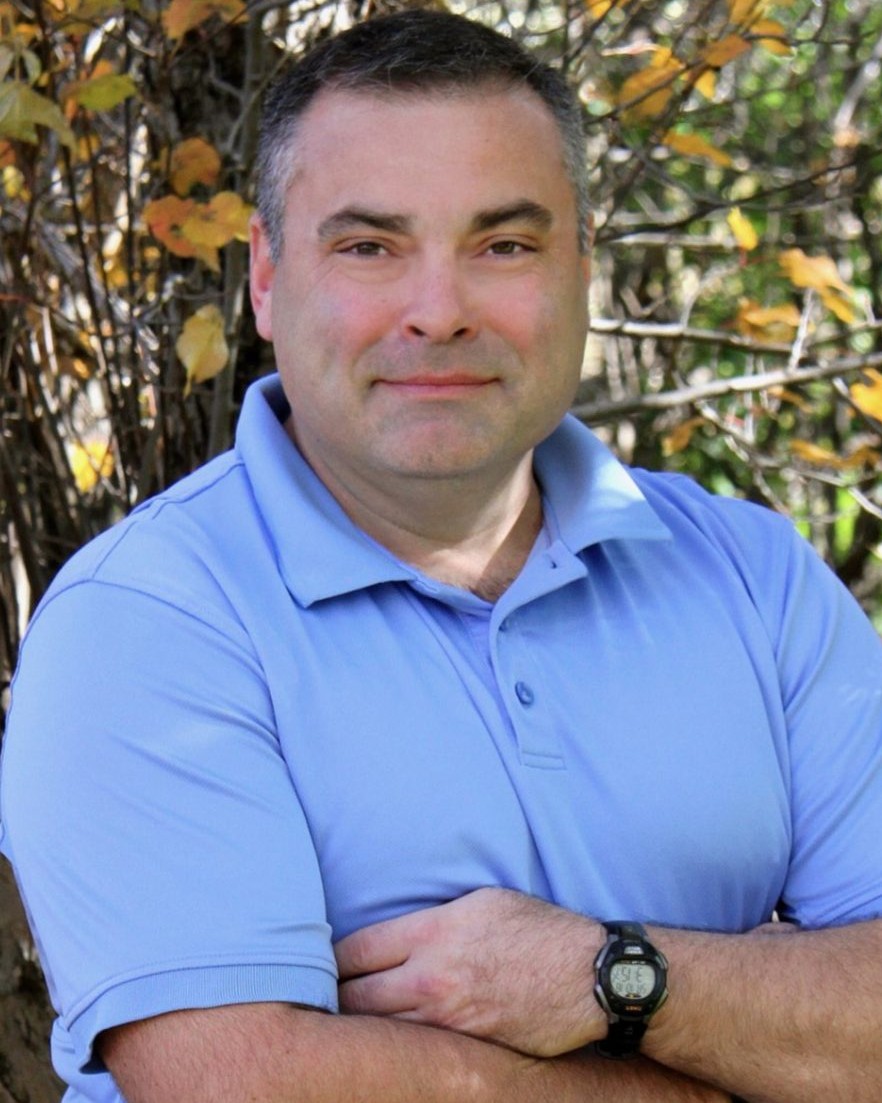 January 16, 2019 – Supervisory Deputy U.S. Marshal Norm Merkel suffered a fatal heart attack while participating in his agency’s wellness program. A court security officer performed CPR at the scene but was unable to revive him.

He is survived by his mother and two sisters. 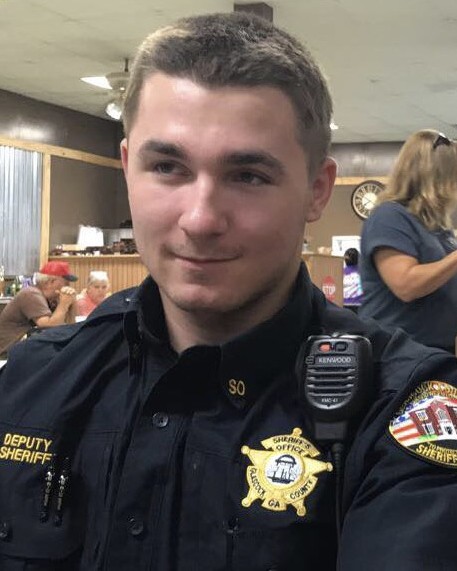 January 29, 2019 – Deputy Sheriff LJ Ryer was killed in a vehicle crash while driving to a Youth Detention Center to pick up an inmate. He’d served with the Sheriff’s Office for only five months. 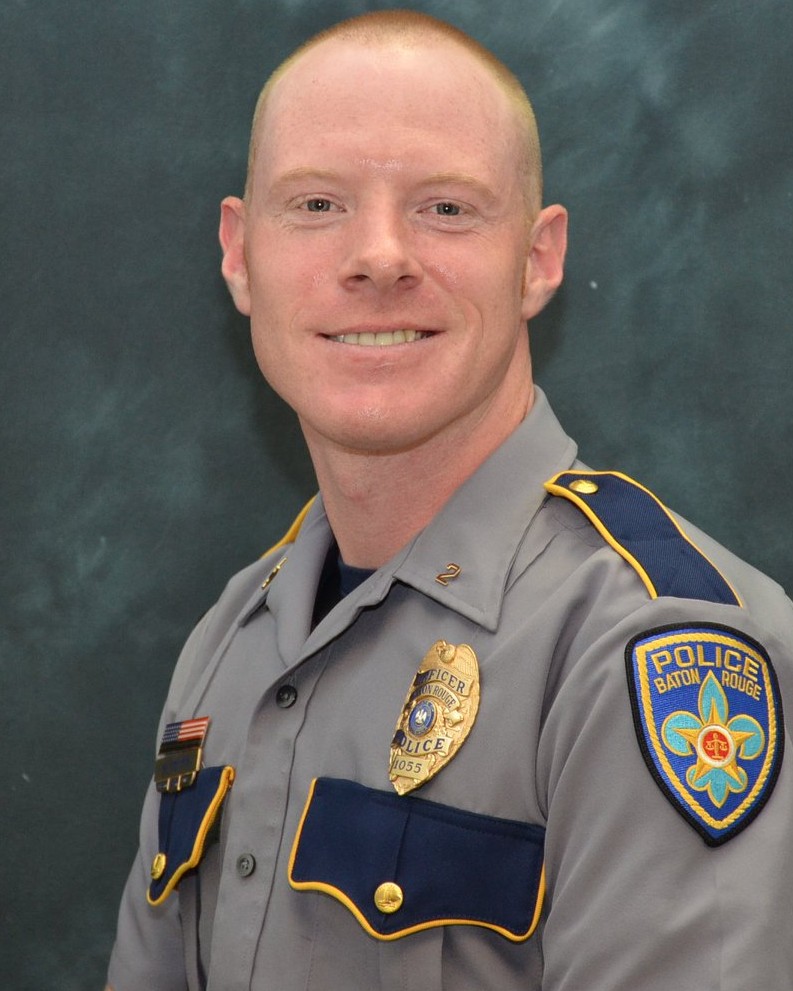 February 1, 2019 – Corporal Shane Totty was killed in a motorcycle crash when another vehicle pulled out in front of him as he was escorting a funeral procession.

Corporal Totty had recently to full duty after being shot in the face by a mental subject in February 2018.

He is survived by his wife and young child. 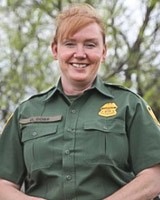 February 2, 2019 – Border Patrol Agent Donna Doss was struck and killed by a vehicle after responding to assist a Texas Department of Public Safety trooper.

She is survived by her husband, two stepsons, parents, brother, and sister. 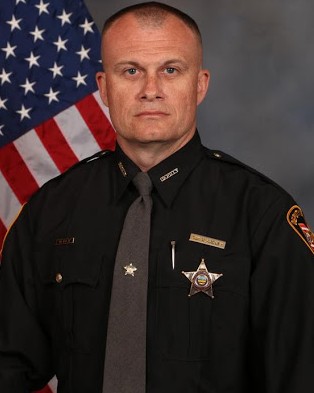 February 2, 2019 – Detective Bill Brewer was shot and killed after responding to call from a suicidal man armed with a gun who’d barricaded himself inside his apartment. As officers were negotiating with the gunman he fired several shots from inside the apartment. Negotiations continued and then he again fired shots at officers. It was during this second round of gunfire when shots struck and killed Detective Brewer and wounded a second deputy.

His is survived by his wife and 5-year-old son. 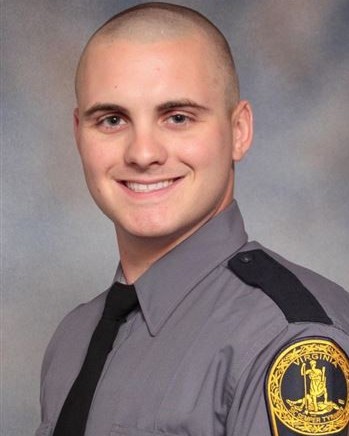 February 4, 2019 – Trooper Lucas Dowell was shot and killed as he and other members of the Virginia State Police’s Tactical Team were assisting members of a Regional Drug and Gang Task Force serve a search warrant as part of a narcotics investigation.

Trooper Dowell is survived by his parents and sister. 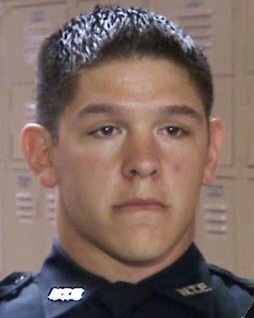 February 6, 2019 – Officer Matthew Rittner was shot and killed as he other members of a Tactical Enforcement Unit executed a narcotics and firearms related search warrant. As the team entered the home a suspect opened fire with a high-powered rifle, striking Officer Rittner in the chest.

Officer Rittner  is survived by his wife and child.