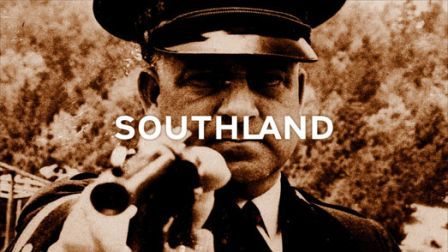 “Southland cops know when the Santa Ana winds blow you learn just how close you are to the edge.”

All cops have that certain something that sets them off. A nemesis. The thing that causes them to look over their shoulder, watching and waiting for the boogie man. A gut feeling? Perhaps.

Mine was a full moon. The glowing, round ball in the night sky that brings all the crazies out to play. And, like “the winds to Southland cops,” a full moon never failed to take me close to the edge. Well, actually, the edge never waited for me to come to it. Instead, the edge came to me…at full throttle. And there was no getting away from it. Ever. 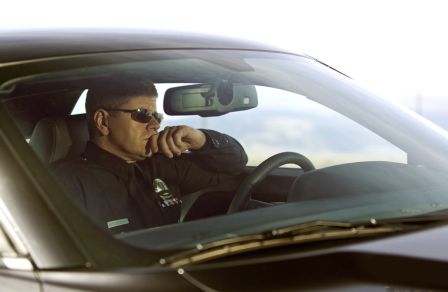 This episode of Southland was all about the things that live inside a cop’s mind. The things that claw and scratch at the inside of his skull, trying to find a way out. Any way out. Needing to get out before it’s too late.

Sometimes the “things” make it out and all is well. But sometimes the incessant gnawing never stops. Not until the faint chanter and drone of bagpipes is heard approaching from somewhere far in the distance. The sound that lets you know you’ve finally gone over the edge.

Cooper’s troubles are just that…trouble. Living with chronic back pain is pure misery. Working with chronic back pain, especially as a veteran cop who’s addicted to pain medication, is even worse. And that combination is like the ultimate sin for a police officer. How can you arrest people for doing the same things you do every day? And, how can you teach a rookie officer to be a good cop when you yourself are an addict? Cooper knows, as we saw in this episode, that the only difference between him and the guy in the back alley shoving a needle in his arm, is the uniform.

I wanted to stand up and applaud Michael Cudlitz a few times during this show for his portrayal of the human side of a police officer. Not many people have the opportunity to see the emotional aspect of a police officer’s life. It’s not all handcuffs, patrol cars, and non-stop action. Somewhere in between, a cop has a life. 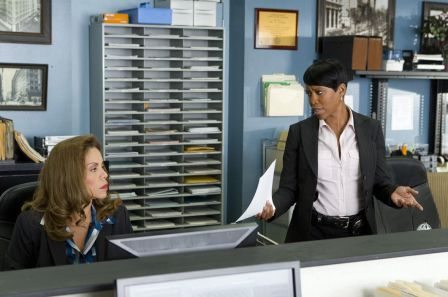 – Lydia and Josie are back at it again, in a pissing contest over who’s handling a rape victim the right way.

Be tough. Lie to the victim just to get her testify? That’s Josie’s M.O. Lydia thinks they should build a case on other evidence and not rely on the victim’s shaky statements and testimony.

Lydia said (to Josie), “Lying to a suspect is one thing, but doing the same thing to get a victim to testify is wicked.” I agree.

First of all, the questions they asked the rape victim were good questions—Did the attacker speak? Any accent? Clothing? Etc.? Having the victim identify her attacker using a six-pack line up was also great detail. 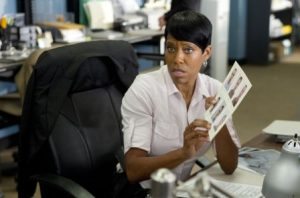 And the differences in the investigation styles of both detectives was a nice touch (I still think the Josie character is bad for the show and bad for the Lydia character). Josie clearly had a malignant case of tunnel-vision, which happens sometimes. Lydia, on the other hand, wanted to build a case from the ground up, seeing the case in a panoramic view.

The rape victim had that “something’s not quite right” vibe to her from the very beginning. I told my wife early on that the woman was lying about the rape to cover for an affair. Why did I come to this conclusion so early? Simple. I’ve seen this very scenario in real life several times over the years. Yes, it happens.

Sure enough, this selfish woman had risked an innocent man’s life and family to cover up her affair with a tennis pro. Needless to say, I was pleased to see her arrested for filing a false police report. 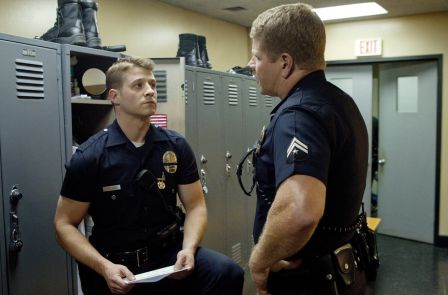 Cooper arrests the driver of a van for operating a vehicle while under the influence of drugs. The guy readily admitted to taking prescribed medication for a knee problem. He was taking the medication to help alleviate pain while he was waiting for knee replacement surgery. Legal medication, taken as prescribed. Ben clearly didn’t agree with John’s decision. After all, John is taking the same medication for severe pain. To make matters worse, John drives a police car while he’s under the influence of the medication.

One point…prior to stopping the van for DUI, Ben asks dispatch for wants and warrants on the vehicle. Officers routinely do this when making a traffic stop. That’s much-needed information—if the driver is wanted, or if the vehicle is stolen—that could very well save an officer’s life. Wanted people are dangerous. So are people who drive stolen cars.

When approaching the van, John checked the rear door to see if it was closed. An open door could indicate an ambush situation. Great detail. Also, John was constantly watching the rear compartment of the van. Any movement back there could be cause for alarm. Not being able to see inside a vehicle during a traffic stop is a scary situation, especially at night. 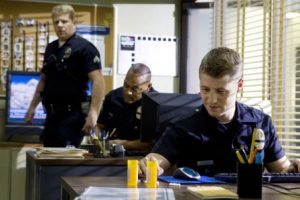 Ben obviously fears that John is going to steal some of the pain meds they confiscated from the DUI driver. John realizes it and dives on Ben with both feet, mentioning his 19-years of stellar service by saying, “You try wearing a Sam Browne for 19 years.” He also pointed out the correct and complete inventory of the pills. Ironically, my post yesterday was about “the Sam Browne.”

And then there’s the kid. 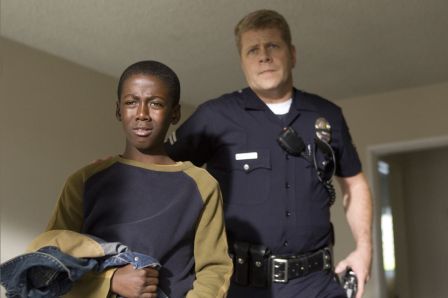 His parents moved out while he was away, leaving him all alone to fend for himself. John takes a special interest in the boy, sensing a few similarities between his life as a kid and the boy’s current situation. This boy didn’t choose the direction his life had taken. He’d been dealt a bad hand and didn’t have a clue as to how it should be played.

Cops are faced with situations like this all the time and it breaks their hearts. It one of the toughest aspects of the job.

Later in the show John plays video games with the boy while waiting for someone from social services to come for him. When they arrive, the kid hugs John and asks him to please adopt him. This was quite realistic. The boy was honest, sincere, and definitely in need of someone to care about him. Again, I’ve been there. Children in these circumstances sometimes see the officer as someone who saved them from disaster. So they cling to their “hero.” Or, the officer is a sort of safety net, since he’s the only person the child knows in a room full of authority-figure strangers. Either way, this is a scenario that must be handled delicately. The child is extremely fragile. In this case, I’m not so sure that John wasn’t just as fragile as the boy. John’s nerves are nearly as tight as banjo strings, and getting tighter. 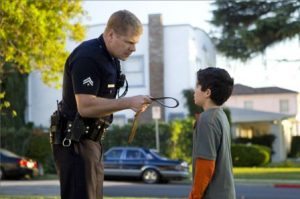 And then there was this kid, the boy who called 911 because his mother spanked him with a belt. John quickly summed up this kid as spoiled, bratty, and selfish. Totally unlike the other boy who deserved John’s compassion. This one did not. 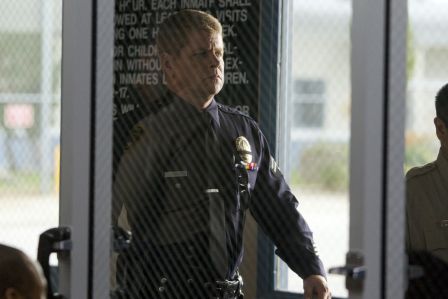 Finally, John has to face two devils. First, he speaks out at his father’s parole hearing, saying his dad deserved to remain in prison until the day he died. Next, he finds himself at the bottom of his drug addiction barrel, digging spilled pills out of the dirt and hungrily shoving the filthy tablets into his mouth.

The ghouls are clawing hard at the inside of John’s skull. They want out. The question is, will John find a way to release them? Or, will he soon hear the bagpipes?

A cops life is not all shootouts, chases, and fighting. There’s the day-to-day stuff that must be handled. And there’s the stuff that works on your heart and your emotions. That’s work, too.

Again, another great episode that showed a side of cops the public rarely sees. This is truly one of the best cop shows that’s ever been on TV. 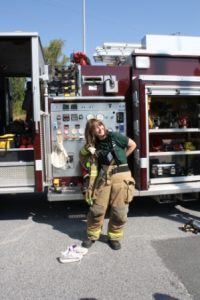 Ride-a-longs with the sheriff’s office?