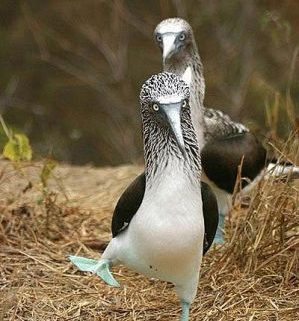 The epic ordeal is finally over. The movers showed up yesterday at 8am, as promised, and began unloading the first of the two moving trucks. And it went well. Our first day of island life had begun. What a pleasure this was going to be…

We’ve relocated several times over the past few years and this last crew wound up being the best of all. Of course, you’ve all read about the first leg of the move and the horror-story that was. But the guys from Mayflower totally transformed the experience. 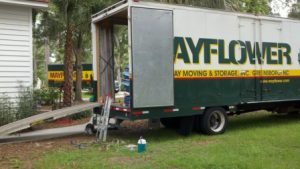 They were great—walking-on-water-great, especially when compared to Satan’s Movers, the company we first hired (we just opened one of their “professionally packed” boxes—a cast iron frying pan packed on top of glassware). I guess I should’ve realized things weren’t exactly right when I saw the pitchfork-and-flames logo on the side of the trucks.

Yesterday was long. While the movers did their thing, a guy from the pool company was here replacing a pump (I was anxious to get into the pool after all was said and done). I mean, after all we’d been through for the past few weeks (I thought it had been a few years until I consulted a calendar) we deserved to relax in the pool, right?

Well, the moving trucks pulled away with me waving frantically to my new heroes, and the next thing I heard was, “That’ll be $522.” But, it was worth it, right? Sure, we’d already spent $2,000 on the pool…but it’s worth it, right?

So, while the little robot was hard at work scurrying about at the bottom the pool, cleaning and whatever else it does, I went inside to prepare for a much-desired dip. BUT…a large black cloud suddenly appeared from nowhere, and with it came lightning that zigged and zagged all around our house. It was a storm of epic proportions. Then I wondered…had Satan’s Movers followed the Mayflower guys to our new home? Was it Satan himself, the head mover, who was sending down the jagged bolts of electricity? Was he punishing me for firing them?

By the time the storm had dissipated it was nearly dark, and around these parts darkness brings out massive clouds of mosquitoes. And I’m talking…well, they’re out in epic proportions. So a swim was out. I’d have to wait until the next day. But, even during the rains, the wind, the thunder and lightning and mosquito swarm, the little pool robot never flinched. It was still puttering about. As I stood at the back door door gazing at the new pool, I found myself wishing that, I, too, could be a little pool robot, swimming without a care in the world.

Sure, I pouted for a while, but soon found myself enjoying the new surroundings. I also realized that I was extremely tired, and ready for some much-needed sleep. So…after a nice, hot shower I went to bed (two mattresses on the floor). I snuggled in, covered up, and closed my eyes. Yes indeed. I was ready for some total darkness and total quiet. Two things that island life promises. And it was delivering. It was graveyard still outside.

And me, being the astute investigator that I am, realized it must be birds making those sounds. The clue that brought me to that conclusion was that the sounds were being broadcast from tree canopies. Clever, huh? 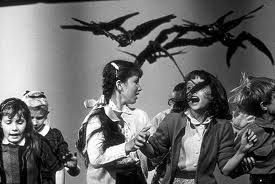 The bird sounds were coming from the palm trees and live oaks that are in and surround our yard. I felt as if we were in an old Hitchcock movie. So I laid there, eyes wide open and as tired as I could be, with my body screaming for sleep, listening to what must be a roosting flock of OohAhCawCawOoh birds, sent directly to me, courtesy of Satan’s Movers—more payback for firing them.

Images of the crew of the S.S. Minnow flashed across the back of my eyelids as I finally began to drift off to sleep…Trapped on an island for years…No way off…Headhunters…Bowling with coconuts…The Professor and…Movie stars… Hey, that’s right. Sandra Bullock has a home here. I wonder if she hears the OohAhCawCawOoh birds?

So It’s Your First Day In Jail: Here’s What You Can Expect
Scroll to top