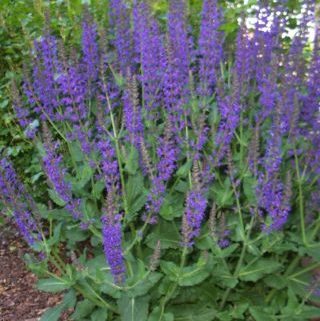 But Mom, salvia’s got to be safe. Hannah Montana smokes it!

Actually, salvia, a common plant found in many gardens across the country, is in the mint family and produces lovely purplish-blue flowers. It’s great for borders and as an accent plant. It’s also great for producing extremely intense hallucinations. Therefore, smoking it has become an extremely popular way to get high. Don’t believe it? Ask Miley Cyrus. 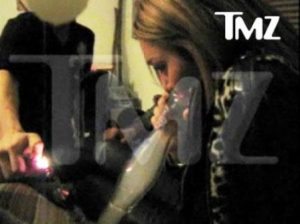 Salvia smoking is not new to young people. In fact, it’s been around for years. But Billy Ray’s not-so-innocent little girl, Miley, recently brought salvia to center stage when a video surfaced of her “hitting a bong” filled with the plant.

Mazatec Indians smoked salvia to induce “visions.” Mazatec shamans in Mexico use it to explore a person’s illnesses in the supernatural world.  Kids today use it to get high. And the high they experience is like no other.

Salvia, unlike heroin and other drugs, does not produce a euphoric effect. Someone who smokes salvia can expect a very personal hallucinogenic experience that is often quite unpleasant. When smoked, a salvia high is rather short-lived, reaching its peak in under 30 minutes and tapering off rapidly thereafter. The effects are astounding. Users have described their experiences as:

– Becoming an inanimate object, such as a chair or tree

– A sense of total madness

– Being a part of multiple realities

– A total loss of control

– A feeling of being underground, or immersed in deep water One salvia researcher, Daniel Siebert, devised a scale for the various levels of a salvia experience.

* S – SUBTLE effects, Relaxation and increased sensual appreciation may be noted. This mild level is useful for meditation and may facilitate sexual pleasure.

* V – VIVID visionary state. Complex three dimensional realistic appearing scenes occur. With eyes closed you experience fantasies. So long as your eyes are closed you may believe they are really occurring.

* I – IMMATERIAL existence. Individuality may be lost; one experiences merging with the Divine.

* A – AMNESIC effects. Loss of consciousness. The individual may fall, or remain immobile or thrash around. Dangerous!

To date, several states have already banned salvia possession and its use. Many of those states have classified salvia as a dangerous drug and placed it in the same category as heroin.

HOWEVER, research is currently underway for salvia use for diseases that produce hallucinations, such as schizophrenia and dementia. It has also been suggested as a potential treatment for stimulant abuse. And it may help to alleviate depression.