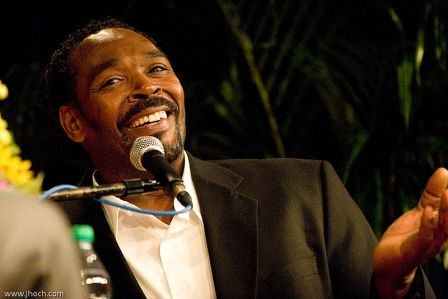 In 1991, law enforcement in the United States would forever be changed thanks to two unsuspecting people, a 25-year-old black man named Rodney King, and a bystander with a video camera.

King, intoxicated to a point over twice the legal limit, was driving home from a friend’s house when police officers attempted to pull him over for traffic violations. Already on probation for a previous DUI and a robbery conviction, King did as many do who fear repeated incarceration…he tried to outrun the police. The pursuit involving several marked police cars and a helicopter, wound through Los Angeles neighborhoods until King finally decided to call it quits. He pulled over.

Two passengers in King’s car were arrested without incident. King, as we all know, was not. An incident definitely ensued. Officers attempted to arrest and handcuff Mr. King, who refused. The next tactic was to deploy a Taser. It was somewhere around this time when a witness to the increasing commotion, George Holliday, decided to switch on his video recorder, and the scene he captured would soon rock the nation.

According to a subsequent lawsuit, King’s injuries amounted to nearly a dozen skull fractures, permanent brain damage, broken bones and teeth, kidney damage, and severe emotional trauma. King almost died as a result of his injuries.

The incident (and acquittal of the fives officers) prompted the L.A. riots where fifty-five people were killed and over 2,000 more were injured.

At some point during the riot King spoke via a news conference, stating his now famous words, “Can we all get along? Can we get along? Can we stop making it horrible for the older people and the kids?” The rioting stopped.

King sued the city of L.A. and won a 3.8 million-dollar settlement, most of which King said he lost in bad investments.

During the years after the 1991 incident, King seemed to struggle with alcohol and drug abuse, and continued to have run-in’s with police (11 arrests for domestic violence, threatening to kill his daughter and his daughter’s mother, DUI, reckless driving, and drug offenses). In 2007, he was shot in the face and torso.

After all he had endured (most of it of his own accord), King, an extremely troubled man, still seemed to find a light at the end of every tunnel. He had this to say in an interview earlier this year, “America’s been good to me after I paid the price and stayed alive through it all. This part of my life is the easy part now.”

It remains to be seen if substance abuse contributed to the events of this week, when Mr. King was found dead at the bottom of the swimming pool in his back yard.

Cynthia Kelly, King’s girlfriend, who was also a jury member in “the trial” that awarded the 3.8 million-dollars to King, called police after hearing what she said sounded like a fall (a table, or something) and a splash. Kelly told police that she ran outside and saw Rodney King at the bottom of the pool, so she threw a shovel in the water to hopefully wake him. Kelly cannot swim.

Still, the first officers on the scene did what all officers are supposed to do…whatever it takes to save a life. They dove into the pool, in uniform, and pulled out the lifeless body of the man whose unfortunate interaction with police in 1991 sparked the worst riot in L.A. history. They knew the man at the bottom of that pool was the man who, for over two decades, has sat alone at the dividing line between black citizens and white police officers.

Then those officers did the unthinkable…the unexpected as many would like to believe. They performed CPR on King, giving their all to revive THE Rodney King, the black man who many thought was hated by nearly all law-enforcement officers.

Yes, those police officers, the first responders, attempted to save Rodney King’s life.

Yes, this week, the ragged ends of a tragic circle finally met, when officers wearing the same uniforms as the men who so badly beat that 25-year-old black man back in 1991, did their best to save THE Rodney King. But it was too late. There was no saving King. Not this time. At 47, he died, leaving a world that’s probably not in any better shape than it was the night he decided to lead police on a high-speed pursuit through dimly-lit back streets of L.A.

Unfortunately, history tells us there will be other “Rodney Kings” in the news…Trayvon Martin is possibly the latest, and the country is currently waiting to see and hear if there’s indeed a message mired somewhere in that convoluted tragedy.

And, unfortunately, I doubt we’ll ever see the day when Rodney King’s hope that we all get along will ever come to fruition. But wouldn’t it be nice if someday there was peace throughout the world?

Well, fortunately, there are no officer deaths to report this week, and that’s the good news among all the other—Jerry Sandusky, another naked cannibal/zombie, butcher dismembers drug dealer using work knives, freeway beatings, man shoots at lawyer, woman starves teen daughter to death, strangled baby found in freezer, and mother injects daughter with heroin over 200 times.

Why can’t we all get along?