Marilyn Mosby is the Maryland prosecutor who elected to prosecute the six officers involved in a case that resulted in the death of Freddie gray, a suspect who was in their custody at the time of his unfortunate demise. Mosby failed to receive a conviction in either of the first four cases and on Monday, dropped the remaining charges against the rest of the officers awaiting trial.

Mosby, obviously frustrated because the officers chose to have their cases heard by a judge rather than a jury, said she wants to pursue greater prosecutorial power over whether a defendant can choose a bench trial over a jury trial. In short, she wants this particular and extremely important right taken away from all defendants, further stacking the deck against them as they face incarceration and other punishments that include the loss of even more rights.

“I have a number of ideas that I’m not yet going to talk about,” Mosby said. “I have it all written out. I have it all planned.” 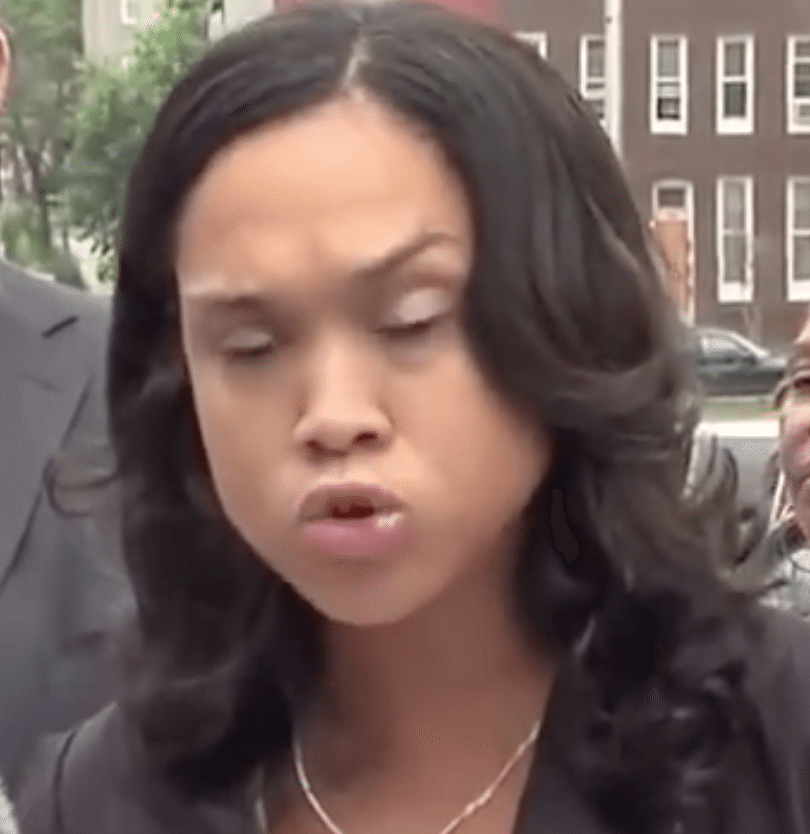 One of the purposes of affording the option of trial type is to allow a defendant to have his/her case heard by a judge rather than a jury whose opinions may be swayed by emotions and public statements made prior to start of the courtroom proceedings. A great example of possible jury tainting is the case in question, the trials of the officers accused of murdering Freddie Gray.

A local jury pool most likely saw and heard Ms. Mosby’s emotionally-charged speech announcing the charges against the officers (depraved heart murder—a deliberate act that is so dangerous that it shows total indifference to someone else’s life, murder, and manslaughter, among others). She concluded her lengthy oration with, “… to the youth of the city. I will seek justice on your behalf. This is a moment. This is your moment. Let’s insure we have peaceful and productive rallies that will develop structural and systemic changes for generations to come. You’re at the forefront of this cause and as young people, our time is now.”

Many have considered Mosby’s dramatic speech as a one offered by an angry political activist rather than that of a unbiased prosecutor. 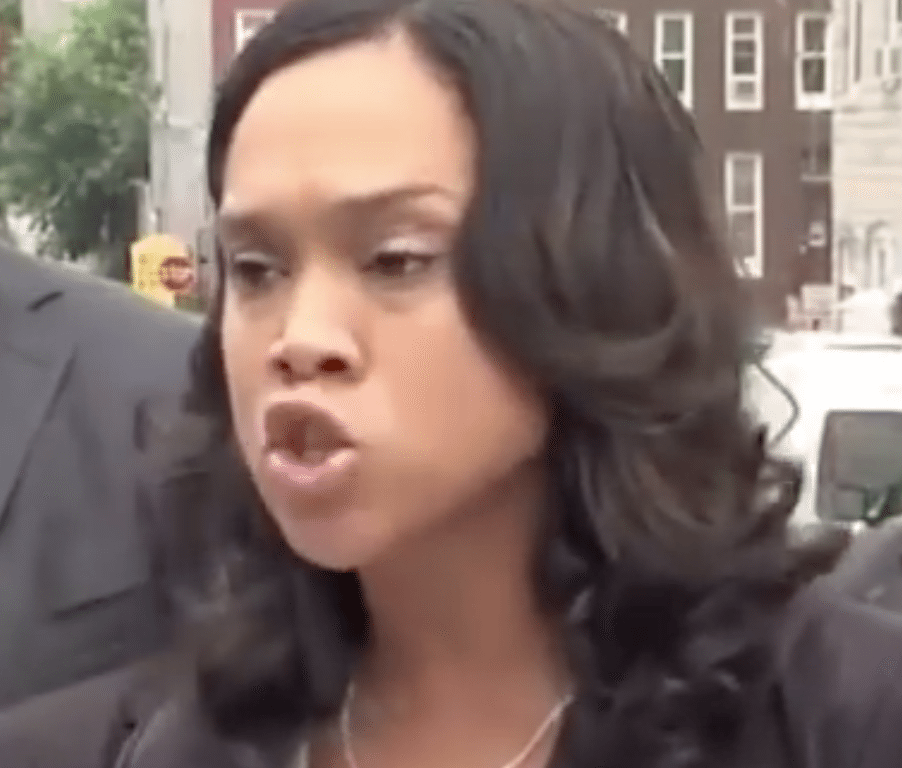 Potential jurors likely witnessed her appearances on national TV, in magazines, and on the stage with Prince at a concert that was billed as a Rally4Peace, an event in honor of Freddie Gray, the victim in the case. Not to mention that she’s married to City Councilman Nick Mosby, whose district includes the area where the Gray incident and much of the recent Baltimore rioting took place. She’s also friends with Gray family lawyer Billy Murphy. Murphy helped with Mosby’s campaign fund-raising. 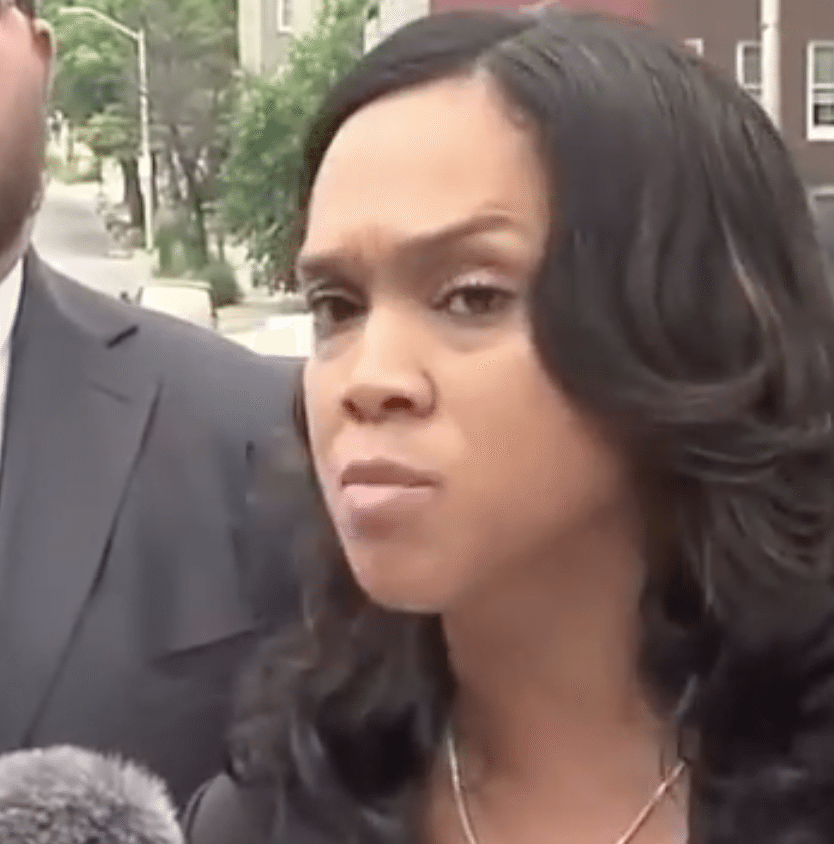 So yes, the defendants in the case had just cause to fear the jury pool would be stacked against them. Therefore, as is their right, they opted to have their cases heard by a judge, an option Mosby wants to change.

I’ve included the below text, especially for Maryland prosecutor Marilyn Mosby, in the event this page is missing from the law books in her office. Please note the red text below.

Seriously (I suppose Ms. Mosby is at least aware of the law), I highlighted the line in red so to make it stand out to help those who aren’t aware that this indeed is the law. The right to trial by judge, or jury, is not a suggestion or something that can be instantly altered simply because someone doesn’t like it, or because the results produced by it are not favorable to an attorney involved in a court proceeding.

(a) Generally. In the circuit court, a defendant having a right to trial by jury shall be tried by a jury unless the right is waived pursuant to section (b) of this Rule. The State does not have the right to elect a trial by jury.

(b) Procedure for Acceptance of Waiver. A defendant may waive the right to a trial by jury at any time before the commencement of trial. The court may not accept the waiver until, after an examination of the defendant on the record in open court conducted by the court, the State’s Attorney, the attorney for the defendant, or any combination thereof, the court determines and announces on the record that the waiver is made knowingly and voluntarily.
Committee note: Although the law does not require the court to use a specific form of inquiry in determining whether a defendant’s waiver of a jury trial is knowing and voluntary, the record must demonstrate an intentional relinquishment of a known right. What questions must be asked will depend upon the facts and circumstances of the particular case.
In determining whether a waiver is knowing, the court should seek to ensure that the defendant understands that: (1) the defendant has the right to a trial by jury; (2) unless the defendant waives a trial by jury, the case will be tried by a jury; (3) a jury consists of 12 individuals who reside in the county where the court is sitting, selected at random from a list that includes registered voters, licensed drivers, and holders of identification cards issued by the Motor Vehicle Administration, seated as jurors at the conclusion of a selection process in which the defendant, the defendant’s attorney, and the State participate; (4) all 12 jurors must agree on whether the defendant is guilty or not guilty and may only convict upon proof beyond a reasonable doubt; (5) if the jury is unable to reach a unanimous decision, a mistrial will be declared and the State will then have the option of retrying the defendant; and (6) if the defendant waives a jury trial, the court will not permit the defendant to change the election unless the court finds good cause to permit the change.
In determining whether a waiver is voluntary, the court should consider the defendant’s responses to questions such as: (1) Are you making this decision of your own free will? (2) Has anyone offered or promised you anything in exchange for giving up your right to a jury trial? (3) Has anyone threatened or coerced you in any way regarding your decision? and (4) Are you presently under the influence of any medications, drugs, or alcohol?
Cross reference: See Kang v. State, 393 Md. 97 (2006) and Abeokuto v. State, 391 Md. 289 (2006).
(c) Withdrawal of a Waiver. After accepting a waiver of jury trial, the court may permit the defendant to withdraw the waiver only on motion made before trial and for good cause shown. In determining whether to allow a withdrawal of the waiver, the court may consider the extent, if any, to which trial would be delayed by the withdrawal.
Source: This Rule is derived from former Rule 735.
*As always, please … no arguments about gun control, police-bashing, protestors, political rants and raves, bashing of political candidates, religion, race, and, well, the usual. Oh, and please do save the bad language for other pages. We have kids who visit this page and I’d like to keep the site as kid-friendly as possible. Besides, I’m extremely weary of seeing and hearing the “F” word. But that’s just me. Thanks!
July 28, 2016/by Lee Lofland
https://leelofland.com/wp-content/uploads/2016/07/Screen-Shot-2016-07-28-at-12.00.23-PM.png 854 1192 Lee Lofland https://leelofland.com/wp-content/uploads/2017/04/the-graveyard-shift-1.png Lee Lofland2016-07-28 13:14:072017-04-21 19:44:38Right to Trial by Judge or Jury … and Marilyn Mosby

Katherine Ramsland: Interviews with a Serial Killer
Scroll to top