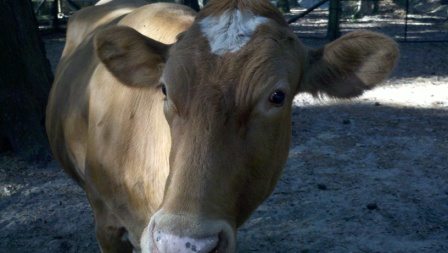 There’s no doubt that cows have gentle, kind eyes. That’s the nature of the beast. They’re basically passive animals with one thing on their mind, food. And that’s perfectly understandable because they have nothing else to do. They don’t get cable in their barns. They have no means of recharging a Kindle. And their social lives with members of the opposite sex is basically nonexistent. Sure, once in a while a farmer’ll play matchmaker and hook them up with a studly bull from out of town, but as far as dating goes, that’s about it.

Well, those boring and lonely days ended last week for a few dairy cows in Herkimer County, New York. Two men, Michael Jones, 35, and Reid Fontaine, 31, were caught on surveillance footage having sex with several dairy cows inside a barn. 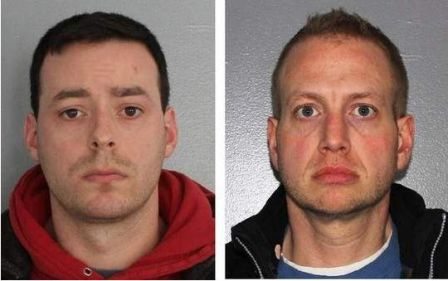 The dairy farmer became suspicious when his cows appeared anxious and weren’t producing a normal amount of milk. That’s when he installed the camera.

Finally, the cows had something to smile about. 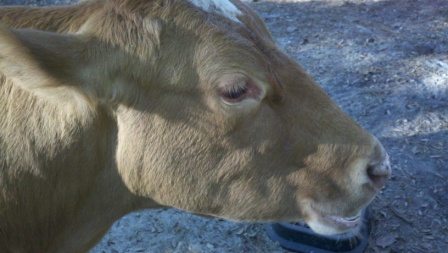 The two were arrested and charged with misdemeanor sexual misconduct.

This tale reminds me of my own experience with humans who found members of the opposite species far too attractive to pass up. Some of you, I’m sure, have either read this or heard me tell the story. Since it goes hoof in hoof with this incident, I thought I’d re-post it in conjunction with this latest barnyard love story. Here goes… 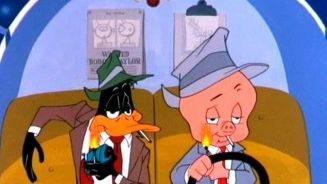 Crime-solving is not always as easy as television would have us believe. Sometimes police officers really have to work hard to get to the bottom of a particularly complex crime. Cops, an ever resourceful bunch, use a variety of means to crack each of their cases, and one truly odd series of events comes to mind when I think about using odd crime-solving techniques.

As most of you know, I was a police detective for many years, and part of my job was to solve major crimes, such as murder, rape, and robbery. Sure, I paid my dues early in my career by writing tickets and directing traffic, but my real passion was the puzzle-solving that’s associated with tracking down a murderer.

Before most detectives are allowed to investigate the more serious crimes, though, they’re normally assigned to easier-to-solve, less intricate cases, such as bad checks and stolen tricycles. One of my introductory cases was unusual to say the least. My boss, a gruff and tough-as-rusty-nails sheriff, dispatched me to get to the bottom of a rash of stolen hogs. No, not the cool and expensive motorcycles—real pigs, as in walking pork chops.

Someone was stealing live four- or five-hundred pound porkers directly from a farmer’s hog farm, and they were taking at least one or two each weekend. The pigs (hundreds of them) were kept in many buildings on the large farm, so my partner and I thought the best way to nab these guys was to wait inside one of the elaborate hog parlors until the criminals arrived to do their dirty deed. Our plan was simple; when the crooks entered the building we would jump up, turn on the lights, and nab the rustlers in the act of felony pig-napping.

Friday came, and just before dark we entered one of the hog shelters and sat down on a pair of upside down five-gallon buckets. We were ready for, well, whatever. I soon discovered that the stench of pig feces and other foul goodies were overwhelming. I also learned that pigs are sneaky, and they have very cold and very wet noses. 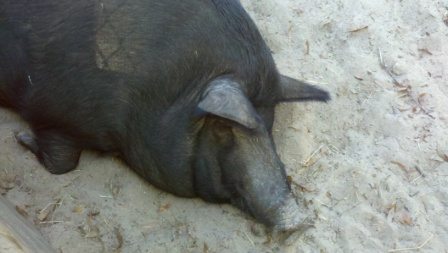 We’d been hanging out for nearly two hours when we finally heard someone open a door and come inside. My partner and I both drew our weapons and waited, allowing the thieves enough time to begin the act of stealing. We wanted to catch them with ham hocks in hand.

There was a period of time where we heard two voices, but they were muffled by the sound of low pig grunts and oinks. We figured they were being selective, choosing just the right pigs to bring them the most money at the market. Then, a bright light flashed. Then another flash, followed by another and another. I realized, detective material that I was, that the bad guys were taking pictures. Confused by their actions, but anxious to catch the guys, we couldn’t stand it any longer. We jumped up, aimed our Beretta 9mms in the general direction of the thugs, and switched on the lights.

I was shocked, to say the least, when I saw that one of the young men was standing directly behind a female pig (a sow, as they’re properly addressed) with his pants down around his ankles. 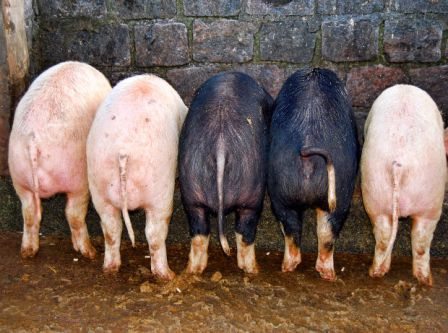 I was even more shocked when I realized he was actually having sex with a big, fat, female pig, and his buddy was taking pictures of him while he did it. They both stopped what they were doing, in mid-action, and looked toward us. Each man had the same deer-caught-in-the-headlights expression. 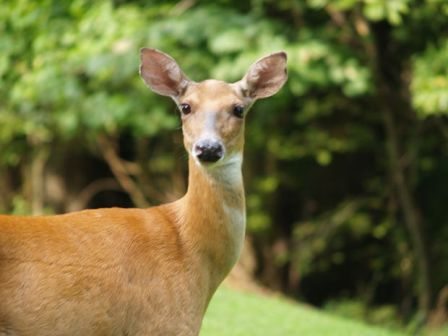 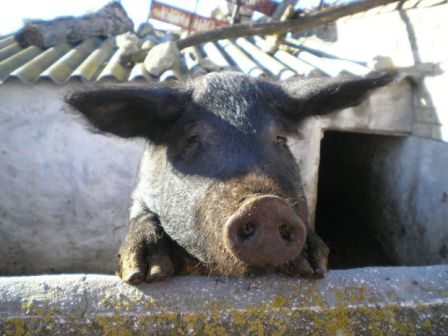 We immediately placed the two crooks under arrest and took them to the sheriff’s office for processing (that’s “booking” to laypeople.) During my questioning of the guy who’d been literally caught with his pants down, the embarrassed animal lover confessed to stealing over one-hundred pigs from several different farms over the past few weeks, and that they’d taken their “booty” to hog markets and sold them for a nice profit.

I smiled because the perfect answer crept forward from that goofy spot in my head. I looked at the guy and said, “How did we know you were coming? It’s simple, the pig squealed on you.” 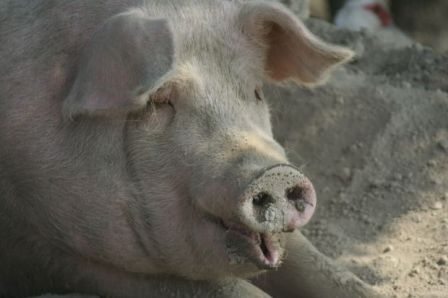 I really should mention that the thief was married, and he wasn’t practicing safe sex with his porcine partner, if you know what I mean. So, if you’re ever having a bad day, just be really thankful that you’re not married to this guy. Unless you don’t mind that he’s literally bringing home the bacon.

By the way, I learned that the purpose of the pig pornography (each man photographed the other having sex with a pig) was insurance so that neither of the two men would tell on the other, or face having the photograph sent to family members.  What I didn’t understand was why they felt the need to have a barnyard affair each time they stole a pig. Wouldn’t one photo be enough?

*By the way, it is a felony in Virginia to have sex with an animal. Here’s the code section. I think you’ll find it interesting, to say the least.

A. If any person carnally knows in any manner any brute animal, or carnally knows any male or female person by the anus or by or with the mouth, or voluntarily submits to such carnal knowledge, he or she shall be guilty of a Class 6 felony, except as provided in subsection B.