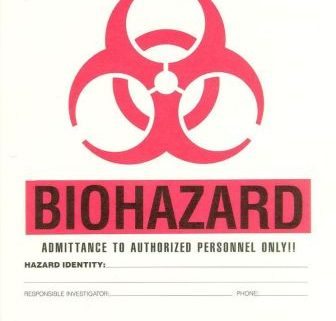 1. Scientists have discovered that by injecting a virus known as a bioluminescent reporter phage into a suspected sample of anthrax, the phage causes the anthrax to glow. In the past, testing for anthrax took a minimum of 24 to 48 hours. This new method of anthrax detection can be completed as quickly as five hours.

2. The same technology used to study layers of paint on ancient art is now thought to be a better method of detecting explosive material than the body scanners used at airports. The procedure uses electromagnetic radiation, like those used in kitchen ovens, and the infrared rays used in TV remote controls. It’s believed that this technology may soon replace the full body scanners.

3. U.S. Immigration and Customs Enforcement’s (ICE) Homeland Security Investigations Nogales Tunnel Task Force (yes, there is a tunnel task force), recently discovered a tunnel that stretched from an abandoned home in Nogales, Mexico to an occupied house across the border in Arizona. Tunnels such as this one are used to smuggle drugs, weapons, and people, across the border into the U.S. Officials have discovered approximately one tunnel per month since 2010. In the past, agents have had to physically inspect the tunnels by walking or crawling through. Now, robots are used to conduct the dangerous inspections, searching for threats.

5. The Department of Homeland Security has abandoned its mission to create a national license-plate database. They’d asked for bids from private contractors to develop a database that would have contained over a billion records, including those of private, law-abiding citizens. However, the fear of having no means to safeguard the information of innocent citizens outweighed the benefits.

6. A Stanford University report shows that huge offshore wind farms could greatly reduce the power of hurricanes. For example, a group of 78,000 offshore turbines could have reduced the strength of Hurricane Katrina by up to 79 percent.

7. Researchers at the University of Liverpool have shown that WiFi networks can be infected by viruses that can move through businesses and homes in densely populated areas, totally undetected.

Gee, we needed one more agency that does what ten others already do, right?

So, Homeland Security is also in charge of telling us to what level our water glasses should be filled?

10. Politicians can stop patting themselves on the back for the drop in crime rates since their peak in the 1990’s. Instead of the “tough on crime” stance, scientists believe the lower crime rates are a direct result of taking lead out of gas and paint. No longer exposed to lead-based car exhaust and house paint, people gradually began to commit fewer crimes. Well, so says the report “The Crimes of Lead,” Chemical & Engineering News.

Is it possible that politicians may have “painted” themselves into a corner with the “lock-em-up-and-throw-away-the-key mandatory minimum sentencing, even for minor offenses, that now has prisons bursting at the seams? Say it ain’t so…

My Grandson, a 12-Year-Old Champion
Scroll to top