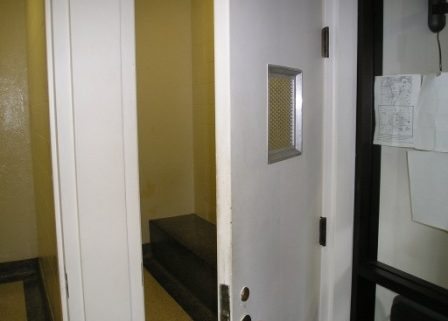 Sure, prison inmates have done wrong. They’ve chosen to break the law and to go against the grain of society. Many of them have done things that are simply too reprehensible for words. There’s no doubt that each of them should be punished. But there are men and women in prisons and jails throughout the country who, while serving their time (which is the prescribed punishment for their crimes), claim abuse at the hands of the officers who stand watch over them.

Prison is not a nice place, not by any means. It’s a dangerous place in a world all its own. That world behind the bars, the looping miles of razor wire, and thick concrete is reminiscent of the Mad Max  movies where society has been stripped of all things civil, leaving citizens to fend for themselves using whatever means is available. In fact, some prison life brings to mind the old film Escape From New York where an entire geographical section of New York (Manhattan) is walled off for use as a prison, the most dangerous prison in the world. There are no guards. Food is air dropped in every so often, and the prisoners there, too, exist through whatever means available. It’s all very primitive, and abuse is rampant. But could a place like that exist in our present-day culture?

Well, according to an article in the Omaha World Herald, prison guards at the Nebraska State Prison have been making a sport of beating up inmates and then posting details of their deeds on Facebook. Corrections Officer Caleb Bartels wrote on his FB page, “”When you work in a prison a good day is getting to smash an inmate’s face into the ground. … for me today was a VERY good day,” Derek Dickey, one of Bartels coworkers replied, “”very satisfying isnt it!!!”

While abusing people is definitely not the policy of any corrections facility or law enforcement agency anywhere, it’s obvious this type behavior does occur. The question is why? What do people get out of physically abusing and torturing another human being, even if that person is an inmate in a prison? Does that make it right?

Many of the inmates in jails and prisons are the same people who once lived in normal neighborhoods alongside normal, everyday people. They worked in the same jobs, their kids went to the same schools, and they went to the same meetings and shopped in the same stores as everyone else in the community. The difference between the arrested lawbreakers and many other people – they got caught cheating on their taxes, or smoking marijuana. Of course, I’m not speaking of violent criminals. They’re not the normal neighbors by any means. But what about the criminals who had a substance abuse or other mental health issue that totally clouded their judgment. Again, sure they did wrong, but does that give prison guards the right to beat them and abuse them for entertainment? And what does it say about the abusers who enjoy this behavior so much that they shout it to the world? What’s fun about beating people and slamming their faces into the ground?

What are your thoughts? Should the corrections officers involved in the Facebook posting be disciplined? Fired? Hailed as heroes for giving the lowlifes what they deserve?

The local paper reports that the three officers involved were suspended pending an investigations. However, prison officials caution the public about the possibility of counterfeit posting on sites such as Facebook. They’re sort of standing by the guards for now, it seems.

– Last year, a Nebraska State Trooper was dismissed after it was learned he was a member of the KKK and had shared his support for the group’s beliefs on the Ku Klux Klan website. The state Supreme Court upheld the trooper’s dismissal.

Followon TwitterSubscribeto RSS Feed
How Many Cops Does It Take To Make You Safe?