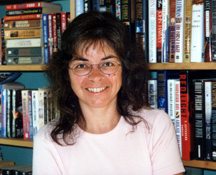 Today, The Graveyard Shift welcomes Leslie Budewitz as our featured guest blogger. Leslie, a practicing attorney and author, is a member of Sisters in Crime and Mystery Writers of America. As busy as she is, she always manages to find the time to share her vast knowledge of the law with other writers. Thank you for stopping by, Leslie.

Presumption of Innocense and Reasonable Doubt

We all know the phrases “presumption of innocence” and “reasonable doubt,” but what do they really mean?

The presumption of innocence is a fundamental principle of American criminal law. It  means that the prosecution – that is, the government, acting on behalf of we the people – has the burden of proving a defendant’s guilt beyond a reasonable doubt.

Because of the presumption of innocence, defendants are not required to prove or disprove anything at trial, or even to present evidence on their own behalf. Most defendants cross-examine witnesses and present their own evidence to rebut arguments against them, in the attempt to show doubt about their guilt.

The presumption of innocence emphasizes to the jury and the public the importance of judging a person’s guilt on the evidence presented in court, and not on suspicions arising from arrest or indictment – or on pre-trial publicity.

In some authoritarian systems in other countries, an accused is presumed guilty and required to prove his innocence – often a dicey proposition.

Reasonable doubt is easier to recognize than describe. Here’s a typical definition – this one comes from the West Virginia model jury instructions:

Reasonable doubt is sometimes described as proof “to a moral certainty” or “an abiding conviction” in the accused’s guilt. The test is subjective – not every juror will view the evidence the same way. Although the government’s burden is heavy – as it should be – the government isn’t required to prove the charges beyond all doubt. But doubts or mistakes favor the defendant because of what’s at stake – liberty, and sometimes, life.

Every element of the crime must be proven beyond a reasonable doubt. For example, your character is charged with arson for setting a fire that destroyed an office building. The code in your story state defines the crime as knowingly or purposely damaging or destroying a structure by fire or explosion. (Arson can apply to other situations, but let’s use a limited definition for now.) The elements of the charge are:

– your character set the fire;

– he acted with the knowledge or purpose of damaging

or destroying the building;

– the building was damaged or destroyed; and

– the damage or destruction occurred by fire or explosion,

not some other, independent cause.

If the state fails to prove any one element beyond a reasonable doubt – say, the knowledge element, that your character knew or intended that the building be destroyed – then reasonable doubt exists and the character must be acquitted.

A defendant can challenge whether reasonable doubt existed on appeal, but if he is acquitted, the state doesn’t have the same right.

Answers to legal questions are often fact-dependant, and can vary based on state or federal law, but I’ll be happy to try to respond to questions in the comments.

Leslie Budewitz is a practicing lawyer admitted in Montana and Washington, and a graduate of Notre Dame Law School. Currently, her practice focuses on civil litigation, although she has been involved in criminal cases regularly throughout her career. Leslie provides information for writers on her website, http://www.lawandfiction.com/ , and regularly works with writers one-on-one. Her short story, “Snow Angels,” about the struggles of two young women – one a deputy sheriff, the other a desperate mother – on the Flathead Indian Reservation will appear in the May 2008 issue of Thug Lit, http://www.thuglit.com/

* Tomorrow, literary agent Janet Reid goes undercover on The Graveyard Shift. You don’t want to miss this one!