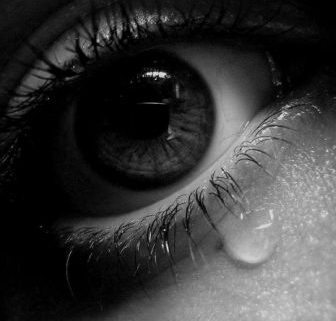 Suicide is generally not a popular topic among law enforcement professionals. In fact, to take one’s own life is often thought of as an act that’s beneath the dignity of the badge. Likewise, conditions that are frequently precursors to an officer’s suicide—depression, PTSD, etc.—are also often considered demeaning, and as a sign of weakness.

In the past, it was rare for a police department to recognize that officer suicide could actually be work-related. Instead, blame for the troubles were most often placed squarely on the officer, with the department citing possible marriage troubles, other family issues, financial difficulties, etc., as the reason(s) for the suicide.

Fortunately, some law enforcement administrators have begun to acknowledge the very real correlation between PTSD and suicide, and they have suicide prevention programs in place. Still, it is important that officers recognize the warning signs and seek help. It is also equally as important that fellow officers and supervisors act proactively when they see a coworker exhibiting the warning signs associated with PTSD and/or potential suicide.

Unfortunately, the “sweep the problem under the rug and hope it goes away” mentality still exists in many law enforcement agencies across the country. Hopefully, they’ll all soon come to realize that good mental health is as equally important as an officer’s ability to run a mile and earn a passing score on the firing range.

Police suicides in the study:

Some warning signs of police officer suicidal tendencies are:

– is talking about suicide or death, and even glorifying death.
– is giving direct verbal cues, such as “I wish I were dead,” and “I am going to end it all.”
– is giving less direct verbal cues, such as “What’s the point of living?”, “Soon you won’t have to worry about me” and “Who cares if I’m dead, anyway?”
– is now self-isolating from friends and family.
– is expressing the belief that life is meaningless or hopeless.
– starts giving away cherished possessions.
– is exhibiting a sudden and unexplained improvement in mood after being depressed or withdrawn. This is a dangerous sign because the officer has come to terms with his/her own death and is relieved the end is near.
– is neglecting his or her appearance and hygiene.
– is annoyed that he/she is going to do something that will ruin his/her career, but doesn’t care.
– is openly discussing that he/she feels out of control.
– displays behavior changes that include appearing hostile, blaming, argumentative and insubordinate or appear passive, defeated and hopeless.
– develops a morbid interest in suicide or homicide.
– indicates that he/she is feeling overwhelmed and cannot find solutions to his/her problems.
– is asking another officer to keep his/her weapon.
– is out of character by inappropriately use or displaying a weapon unnecessarily.
– exhibits reckless behavior; taking unnecessary risks on the job and/or in his/her personal life. The officer acting like – he/she has a death wish.
– is carrying weapons in a reckless unsafe manner.
– exhibits deteriorating job performance.
– has recent issues with alcohol and/or drugs.

“Preventing police suicide is every officer’s responsibility and obligation as a member of the law enforcement profession. Having the leadership and courage to change a culture of silence does not weaken the profession but strengthens the bonds that make it noble and honorable profession that protects the weak and innocent from harm.

The ethical warrior leads by example and supports others when they are down, and that includes their own.” ~ Mike Bond