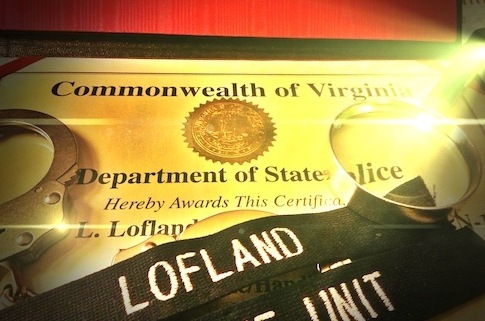 It’s been well over two decades since I and my narcotics K-9 partner attended our first day of school. We’d spend the next sixteen weeks together learning how to locate hidden drugs. However, my new partner was no stranger to the job since he’d already served as a narcotics dog with the U.S. Border Patrol. I’d served as a narcotics officer for quite a while, both undercover and as a detective. But this, having a four-legged partner, was a first for me.

We left home early that day, both freshly bathed with bellies full and hearts thumping with excitement.

I drove, of course, while the dog rode in a large crate secured in the rear compartment. I sensed his excitement during the ride by the way his thick tail steadily beat against the sides of the container.

When I turned off the main road, Midlothian Turnpike, just outside of Richmond Va., it was déjà vu all over again. Because directly in front of me was the training academy of the Virginia State Police. It is there where Va. State Police recruits attend 30 weeks of academic, physical, and practical training. After graduation from the academy, the new troopers report to their individual duty assignments across Virginia where each of them are required to spend an additional six weeks with a field training officer while learning their new patrol area.

The day my drooling pooch and I arrived the basic academy was in full swing, with recruits going about the daily grind associated with their training. I believe there were approximately 70 -80 recruits attending the academy at the time and they must have been nearing the end because a few dozen brand new, shiny blue and gray Va. State Police patrol cars were lined up in rows at the rear of the property.

I recalled the butterflies-in-the-stomachs experienced by recruits when they, as did I, saw waiting patrol cars, knowing they’d soon be assigned one, a car that would soon become their mobile office and sanctuary from evil. Seeing them parked there was also a sign that they’d made it. They’d endured 30 weeks of running, exercising, shooting, classroom and driver training, and running, running, running. Many were in the best physical shape they’d been in their entire lives. Their brains were overflowing with new knowledge and their nerve-endings pulsed with the electricity that fuels all rookie cops.

But, instead of heading to the main training academy buildings, I turned to the left and aimed my car to the area designated for K-9 training. This portion of the academy featured two sets of kennels capable of housing many dogs. One set was designated for patrol dogs, the mean and nasty biters. The other was a long, double row of covered kennels where the narcotics and explosive dogs would sleep and eat for the next 16 weeks.

I checked in with the lieutenants in charge and was assigned a kennel for my dog along with a stainless steel food dish and a rubber water bucket. A trooper showed me where the dog food was stored and told me that I was responsible for daily cleaning and hosing and scrubbing my dog’s quarters. We each rotated weekend duties, the feeding, watering, and cleaning of all kennels.

I would spend my nights in the barracks where my wakeup call was at 5 a.m.—lights on and a loud buzzer followed by the door being flung open by a sergeant who quite enjoyed shouting. This joyful eye-opener was immediately followed by barracks inspection, a quick shower, shave, and breakfast with the other K-9 handlers-in-training, as well as the academy recruits.

Our first morning was by far the easiest day of training. We spent it outdoors listening to our trainer, a lieutenant who provided a tour of the K-9 training grounds—obstacle courses, large and smaller fenced fields, classrooms, and even a building equipped as a letter and package processing facility, complete with long conveyor belts. This building was where we’d train our dogs to search packages as they breezed by on the conveyors and when stacked in tall, long rows. Yes, the dogs actually walked and ran on the conveyors while packages zipped by their keen noses.

K-9 Handlers Are On The “Dumb End” of the Leashes

The lieutenant then explained what we could expect during the next three months. He made sure we were aware that drug dogs are typically hyper and that they have four legs and prefer to use the full capability of those limbs. And that it was up to us to keep up with the animals, in spite of our handicap of having only two legs.

We were in no way to slow down the forward progress of our dogs. In other words, we were expected to run every day all day, without exception, for the duration of our training. If our dogs ran, we ran. And only when the dogs took a break were allowed to do the same.  Training for the dogs was fun. It’s a game to them and their end goal is to be rewarded for playing. Their treat … more playtime, and we were their sources of entertainment. Tug-of-war with a rolled up towel was their favorite activity, one that was enjoyed whenever they found hidden drugs. Therefore, they searched frantically knowing that if they succeeded they’d enjoy a session of towel-fun-time.

The lieutenant made certain that we knew to trust the noses and intelligence of our dogs, and that we were on the dumb end of the leash. Never try to force a dog to alert on something when you suspect it to contain narcotics. Always allow the dog do the work. They know what they’re doing. “Handlers are ALWAYS on the dumb end of the leash!” I heard that sentence at least a thousand times during the academy training

Run here, there, and everywhere!

I wondered why in the world, as a police detective who had his own air-conditioned office, a comfortable chair and substantial desk, clothing allowance, and who rarely had to run anywhere (that’s what rookies were for) … why did I ever request to attend this sort of training. But no … I had to have my very own narcotics K-9. A dog who ran like The Roadrunner and was as hyper as Speedy Gonzales, the cartoon mouse.

We trained at the Richmond, Va. airport, searching for drugs in all passenger jets and luggage. We traveled to secret and quite secure government three letter agency facilities where we searched and cleared areas. Our transportation for those trips was a marked state police van pulling a long double-decker trailer containing forty individual compartments for our dogs—four rows of ten compartments, ten on top of ten on each side.

We ran everywhere we went and the dogs loved it. By the final week of training I’d lost 25 pounds.

The K-9 handler’s training academy was far tougher, physically, than regular basic police training. Not even close, actually. But I wouldn’t have traded the experience for anything. And, as a bonus, I had one of the best partners in the world.

And then, a couple of years later, I did it again. I had to have a patrol dog, a dog who tracked and was extremely skilled at suspect apprehension. So back to the state police academy I went, for another 16 weeks. This time, though, the training involved fast dogs with large, sharp teeth.

Running came easier this time around because the motivation to do so was greater. Instead of having our dogs on leashes out in front, we were given a head start before a handler sent a barking and snarling K-9 to bring us to the ground, by force. We also had to run for miles to hide somewhere so the dogs could find us. Tracking us across those distances was a fun game for them. For me, not so much.

By the way, bite suits are extremely hot and heavy, and some of the larger dogs had teeth that were able to penetrate them. I still have a few leftover scars to prove it.

Both dogs lived at our home.

The drug dog, a black lab, was funny and playful. The patrol dog was a very large Rottweiler who feared nothing. Well, he was a bit intimidated by our toy poodle, but tolerated her.

The dogs were a joy have in our household, all three of them. When I left police work the two police dogs retired along with me.

Now, sadly, all three are gone.

The 25 pounds is back, though, and then some. 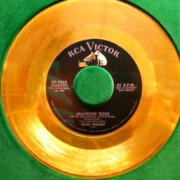 If My Handcuffs Could Talk: Marvin The Martian Loses Control and Elvis Returns … Sort of 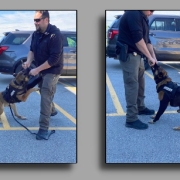 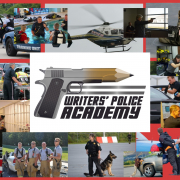 A Preview of the Exciting 2022 Writers’ Police Academy Classes 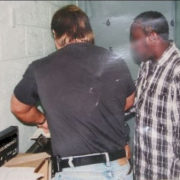 10 Things A Police Officer Should Never Do