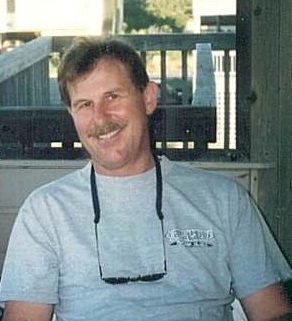 Forestry combines art and science, and grapples with the ecological riddles of our time; but it’s also a job.

Norm Benson is a Registered Professional Forester. During his thirty years for the California Department of Forestry and Fire Protection (Cal-Fire), he was manager of Boggs Mountain State Forest, he coordinated Cal-fire’s resource management training, enforced the state’s forest practice laws, and performed “other duties as required,” including fighting forest fires. Besides being a Licensed Professional Forester in the state of California, he’s a retired peace officer. He currently is breaking into freelancing.

My Former Beat – The Dark Woods

In my 35-year career with Cal-Fire, I worked amid the chaos of life and death competitions in which only the strong and cunning survived.

My beat was a place where none gave mercy, a place where none showed remorse, and a place where greed was the norm. Every underling plotted regime change. Some worked to create explosive conditions, and then after the fire, amid the scorched earth, move in, taking advantage of the devastation they helped create. Once in place, they created conditions for more upheaval. Others insinuated themselves into the background while siphoning off resources, biding their time, waiting for those above to die off so then they could take over the top spots. Some poisoned their competitors. And big and small, each used the carcasses of the former inhabitants without regard. And those were just the plants.

The above description of the forest is true. Each order, family, genus, species, and variety, display survival strategies to perpetuate its kind. Like the climate and weather, nothing in nature remains static.

I’m a forester by trade (and I’ve yet to find any forester who preferred the term ‘forest ranger’). Forestry combines art and science to grapple with the ecological riddles of our time where the answers are not always clear-cut. Forestry can be dirt simple: you grow trees, you cut trees, you plant trees, all the while trying to mimic nature who is definitely a muthuh. I’ve planted thousands of seedlings during my life, some grew, some didn’t. Like so much of existence, a trivial decision determines life or death; it all boils down to location-and luck.

I worked as a forester for the California Department of Forestry and Fire Protection (Cal-Fire). Cal-Fire is 90% fire department that suppresses and investigates structure fires and wildland fires, 5% State Fire Marshal, and 5% forestry.

Most of the foresters in Cal-Fire enforce California’s forest and fire laws, primarily the Z’Berg-Nejedly Forest Practice Act of 1973. Along with CEQA (California Environmental Quality Act), there is CESA (California Endangered Species Act), and other environmental rules, roles, and responsibilities, that must be followed. The Forest Practice Act is the equivalent of CEQA. These laws of man are meant to keep the laws of nature from going too far off the rails.

Madison could have been writing about natural resource protection laws when he wrote in the Federalist Papers (1788), “It will be of little avail to the people that laws are made by men of their own choice if the laws be so voluminous that they cannot be read, or so incoherent that they cannot be understood…or undergo such incessant changes that no man, who knows what the law is today, can guess what it will be tomorrow.” The rules governing our environment overlap, becoming more complex and more arcane with every new lawsuit. In 1973, the rulebook and a THP could fit in a forester’s back pocket, now each tome’s size resembles a Michener saga.

According to California’s Public Resources Code, all harvesting on California’s nearly eight million acres of non-federal forestland must have a Timber Harvesting Plan (THP) drawn up and submitted by a Registered Professional Forester (RPF). An RPF has at least seven years’ forestry experience and has passed a comprehensive test (only one-third of those who take the test pass). The length of a THP varies, depending on its complexity, from 100 pages to more than 500 pages. The more complex THP can drop a lawyer at close range. The RPF submits the plan to Cal-Fire. Then a team composed of a member from Cal-Fire, California Geological Services, Fish and Game, and Water Quality reviews the plan for completeness, clarity, and its impact on the environment. Public comments are added to the review team’s concerns. Mitigations to concerns are proposed, agreed to, and placed into the THP. (More on the process here.) Cal-Fire’s Forest Practice Inspectors base all enforcement actions on what is in the approved plan. The Department approves 500 to 1400 THPs each year.

Enforcement of the THP

Cal-Fire recognizes that a THP’s complexity can overwhelm the average logger trying to do a reasonable job and make a buck, so department policy directs inspectors to prevent and deter forest practice violations. The inspector often writes letters and notices to give the logger a chance to fix any fixable omissions or commissions. Only when these prove inadequate does a Forest Practice Inspector write a citation.

You may question why foresters checking silviculture (basically the harvest/regeneration methods), cumulative effects, and esoteric biological arcane need to be peace officers. The rules of evidence collection still apply. And an enforcement action is a confrontation. Additionally, all offenses are misdemeanors (something that requires the state legislature to amend since it’s in the original act that all violations of the FPA are misdemeanors1).

The department may choose to take the case civilly rather than in a criminal court system, depending on flagrancy of the violation, longevity of the damage, and the strength of the evidence (civil only requires preponderance of evidence – 51% – not beyond a reasonable doubt).

Into the Dark Woods

In 2001, on my first day as the new forest manager of Boggs Mountain Demonstration State Forest, I took a call from a Napa County parole officer. What follows is my recollection:

“I think you may have one of my runaways camping on your forest,” the officer said. “A guy who assaulted his father-in-law with a knife and is not supposed to leave the county.”

I’d been out to our small campground and talked with a couple. They and two kids were staying in a tent. I had dutifully filled out a registration. While California State Parks charge for their campsites, camping at Boggs Mountain, and three other state forests, costs nothing and people can stay fourteen days at a stretch. There’s another name for state forest campers-homeless tweakers.

I had one camper, a veteran of Grenada, who suffered from PTSD and schizophrenia. He sent faxes to the White House, claiming credit for earthquakes and tornados and threatening to inflict similar plagues upon the White House if they didn’t repent.

“Who are you looking for?” I asked.

The parole officer gave me the name. I breathed a sigh of relief. “Nobody by that name. Only one camper registered; someone by the name of [x].”

“That’s the girlfriend. His ex-wife got tipped they were staying on Boggs.”

I called Lake County Sheriff’s. They sent up two patrol cars. We met at my office. By now it was pitch black outside. We agreed I would drive through the campground to reconnoiter. The two units would come in after I confirmed the suspect’s presence. Try to drive by slowly without looking like you’re driving by slowly. Anyway, the tent was there, the car wasn’t. The deputies staked out the site but the suspect had left.

In the Hero’s Journey, entering the “woods” symbolizes leaving the familiar and fully committing to the adventure. This part of the myth is called “the Initiation.” It is during the initiation the hero meets allies and enemies. I met both in my work in the woods.

Next time, we can talk about Cal-Fire, forestry, “timber beasts,” “deadheads,” “Section 37,” “Scandinavian gunpowder,” “wildcat crews,” “widowmakers,” “bushelers,” “catskinners,” “gyppos,” or anything else you like.

I’m guessing that all this is in a part of the forest you’ve never seen.

1. If you think that’s crazy, it’s a felony to steal fifty pounds of walnuts-the farm lobby is big in California.

Followon TwitterSubscribeto RSS Feed
Castle: The Double Down – A Review