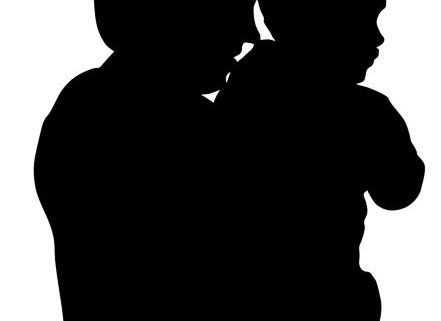 What does MOM have to do with catching bad guys? Well, we all know our own moms have super powers. They can see through walls, hear a gnat whisper from distances as far away as 100 yards, or more, and they have the unique ability to silence even the rowdiest kids using nothing more than a mere glance.

But do they, the women who helped us blow our noses and tie our shoes and made us eat all of the broccoli and green beans on our plates, really have what it takes to nab a serial killer? And why are detectives always searching for dear old mom? After all, what could that sweet lady have to do with murder?

Well, in the world of cops and robbers, MOM is not a person. Not at all. Instead, it’s an acronym that encompasses three vital aspects of crime-solving that, when combined, point to who committed a crime and why they did.

MOM = Motive, Opportunity, and Means. Normally, the suspect who possesses all three is the indeed the killer, or the perpetrator of other crimes. (Remember, writers, “perp” is NOT a term typically used by cops. It’s a TV thing).

The first two steps in the investigation—initial evaluation and developing the case—are where MOM typically begins to take her shape. 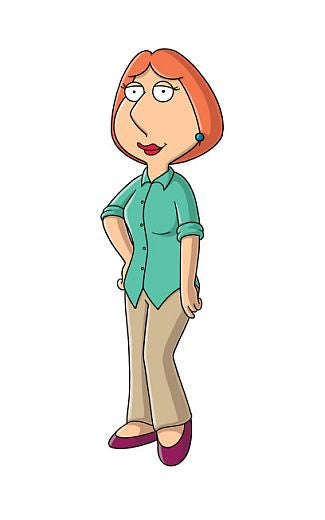 In a detective’s initial approach, she/he should look at the scene as a whole, taking in everything she sees, not just a dead body, a broken window, or an open safe. Many clues are quite obvious but are often missed because the inexperienced investigator immediately begins collecting the trace, hoping/believing forensics will solve the case for them.

Trace and other forensic evidence such as DNA often serve as the “icing on the cake,” not earth-shattering pieces of evidence that cracks a case wide open like we so often see on crime TV shows. Instead, most crimes are still solved the old-fashioned way, by knocking on doors, talking to people, and listening. In fact, the best investigators are great listeners.

Okay, that’s an important point to remember, so grab a piece of paper and write that one down and then pass the note over to your protagonists—the best investigators are great listeners.

When investigating a murder it’s just as important to rule out who could not have been involved—to thin the herd, so to speak. Therefore, I first looked to see who did NOT have:

Opportunity – Detectives are seeking the sole person who had no alibi for every single moment during the commission of the crime and its subsequent acts, including the planning stages of the crime. This stage of the investigation takes an enormous amount of time, lots of leg work, tons of phone calls, and many cups of coffee and hours of thinking. But the payoff is huge because the investigator is then able to narrow the list of suspects. Means – The suspect must have had access to the murder weapon (includes a killer for hire) and all evidence in the crime. For example, if the murder weapon is the candlestick but it was proven that Professor Plum never touched it, well, one down and eleven to go. Send in Colonel Mustard, please.

Remember, complex criminal cases are most often solved by eliminating the people who could not have committed the crime, which eventually leads to the last man standing—the perpetrator.

Motive – wanted to be with another woman.

Opportunity – was alone with his pregnant wife, Laci. No witnesses.

Means – Peterson was a fertilizer salesman who owned numerous tools, a firearm, and fishing gear. He had the knowledge and ability to use each of those items. Laci’s and her unborn child’s bodies were found washed ashore on the banks of the San Francisco Bay. Her head and parts of her arms and legs were missing. Some believe her husband strangled her and then took her body to the bay and dumped her overboard after tying homemade concrete anchors/blocks to her wrists and ankles.

I appeared on Nancy Grace’s radio show to discuss the use of the concrete weights. Nancy asked about a case I’d once investigated where a killer taped an unopened bag of concrete to the body of his victim and then tossed the deceased into the water. As time passed, the concrete mixture hardened and the bag deteriorated. The block of concrete then slipped from the bindings and portions of the body subsequently washed ashore, but not before marine life had consumed parts of it. Very similar to the Peterson case in many ways.

If Peterson did indeed use the concrete weights he’d made in his garage as a means to hold his dead wife’s body to bottom of the bay, then once the connective tissue decomposed the limbs would begin to separate, leaving the torso to wash away from the spot where it had come to rest.

So yes, Peterson had the means.

Sometimes, MOM can be pretty doggone difficult to locate, so to help me find her during those rough patches, I often used a simple but handy tool.

The concept was quite simple, actually, but it worked in many instances. The idea was to write the names of people involved in the case on a sheet of paper or index card, or the large whiteboard in my office—witnesses, victim, suspects, etc., along with the items of crucial evidence associated with the crime. Then I’d circle each name and item, drawing a line to connect those that were related to one another.

The spot where the lines intersected usually pointed me to the killer/suspect. For example (this is an overly simplified illustration):

I’ve often used this simple little tool to help solve all sorts troubles, such as tying up loose ends in a book chapter or magazine or newspaper article. It’s quite handy at times.

Well, as I moved away from law enforcement and headed deeper into writing, I met Gabrielle Rico, PhD., author and professor of English and creative arts. I attended one of her fabulous lectures and was astounded to see an example she used regarding the process of creative writing. She called it “Clustering.” She also referenced a book she’d written called Writing the Natural Way. 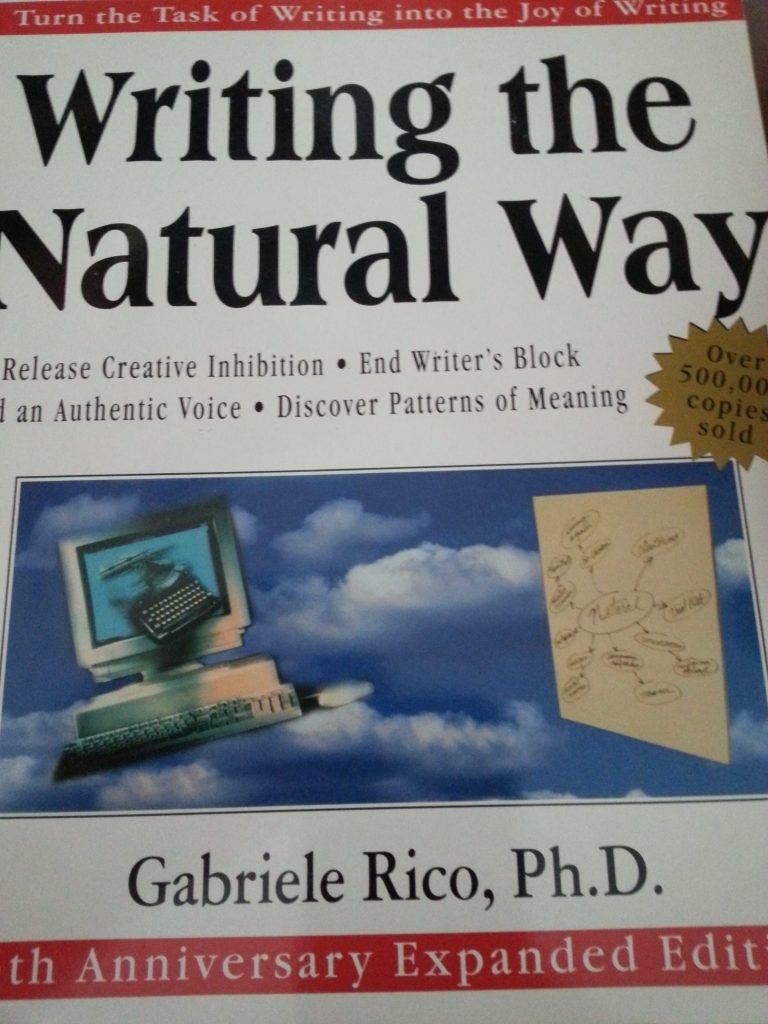 In Writing the Natural Way, Rico explains that her Clustering method is a means of releasing creative inhibition, ending writers block, and finding one’s voice, among other important writerly things.

Needless to say, I was astounded to learn that Dr. Rico’s Clustering was identical to the crime-solving tool that I’d used for many years—the very tool I’d relied upon so many times to help me identify the often elusive MOM.

From chapter seven of Writing the Natural Way. Recurrence of Letter Sounds – Alliteration

So there you have it, a full circle, from MOM to MOM and every circle, line, and piece of evidence between, and using a simple crime-solving tool to enhance a writer’s creativity.

Oh, and please do remember, “the best investigators are great listeners.” 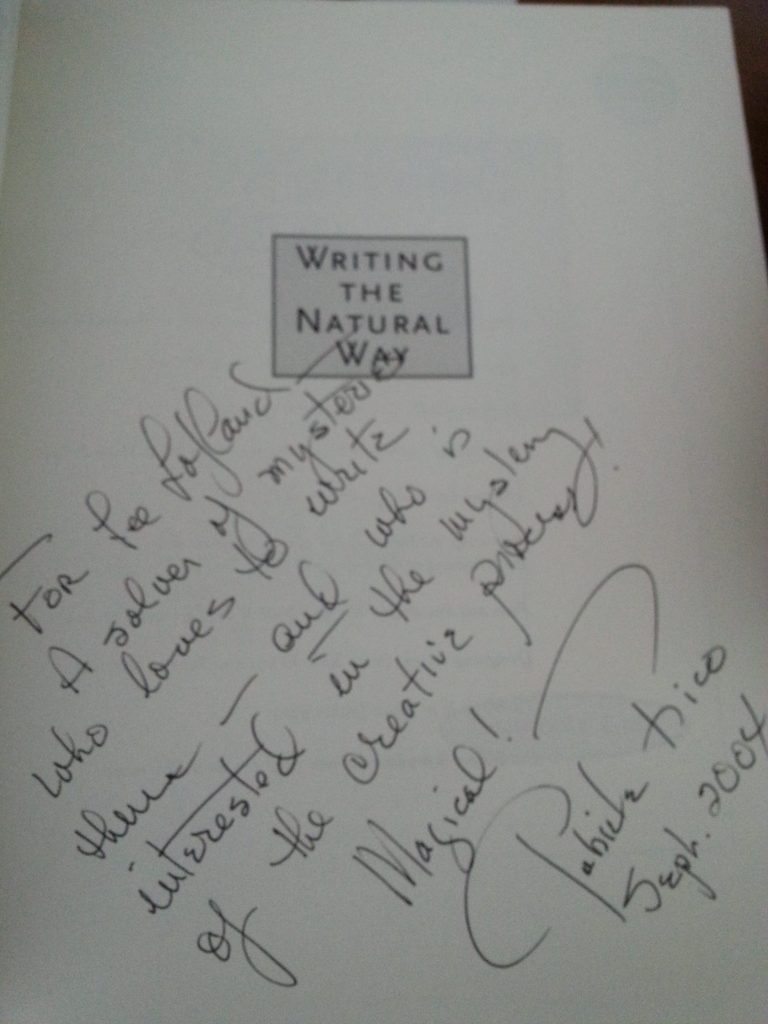