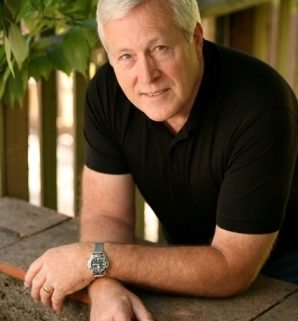 Mark Young retired from law enforcement after 26 years and turned his attention to writing. You can catch up with him at Hook’em & Book’em “where mystery readers, writers and law enforcement connect,” at his web site, or on the Clearwater River in the central Idaho Mountains during salmon and steelhead seasons.

Before jumping ahead about predicting future crime, I’d like to express appreciation to Lee Lofland for allowing me to trespass here on the fabulous The Graveyard Shift blog. Lee’s informative blog, his Writers’ Police Academy, and his book Police Procedures and Investigations are must-have tools for the crime mystery writer. Now, back to the future.

An unnerving movie, Minority Report, came out a few years ago where crime is virtually eliminated in the year 2054. Cops acted on data from precogs, three mutated humans who can peer into the future. Using this futuristic prediction, an elite law enforcement unit tracked down these criminals. The crooks were identified, apprehended, tried and convicted before the crime was ever committed. Everything changes when these precogs turned their attention toward Tom Cruise’s character, John Anderton, leader of the Precrimes police unit. The police unit commander must flee for his life.

Take another look. Public attention went spiral a few weeks ago when they learned Google Ventures-the internet giant’s investment arm-teamed up with a CIA-backed investment company to pump money into a little-heard-of company called Recorded Future (RF). What caught everyone’s attention is this new company’s stated goal: monitor the web in real time and use this information to predict the future.

The company’s web site unabashedly explains how they intend to do this. First, they glean information by pouring over the internet highway-new publications, blogs, niche sources, trade publications, government web sites, financial databases and more.

Secondly, they extract information from these sources-identifiable subjects and events, including the times of occurrences-and they measure “momentum for each item” in their index as well as something they call “sentiment.” In short, they provide a peek into the future based on real-time data just collected.

Armed with this information, RF allows their clients access to the predicted future for a price. The company site explains: “You can explore the past, present and predicted future of almost anything. Powerful visualization tools allow you to quickly see temporal patterns, or link networks of related information.”

Based upon investments into this RF project, these “customers” include the CIA, Google, and you-for the right price. However, the CIA most likely will enjoy special privileges to this information since RF research is financed-in part-by intelligence agency monies. The CIA owns a chunk of this future-predicting company.

Like the rest of us in the late 1990s, the CIA came to realize that commercial information technology was advancing so rapidly that they found it hard to keep up. This was a difficult pill to swallow for an agency that prided itself on being on the cutting edge. IQT statement of CIA history acknowledged this point: “Throughout its lifetime, the CIA has operated at the cutting edge of science and technology. From the U-2 spy plane to the CONOMA satellite, CIA’s wizards of Langley earned a reputation for bold innovation and risk taking, working in advance of the private sector and other branches of government.”

Much to the CIA’s chagrin, however, information technology screamed ahead and left the aging intelligence agency struggling to catch up. By 1998, the CIA determined that technology needed to be a top priority for their agency. To that end, they chartered IQT to help access private sector innovations, pouring about $28 million dollars into its first year’s budget. IQT money is derived from private and public sources.

One company eyeing IQT as an investment opportunity found the CIA-backed company’s budget does not have to be released to the public. However, these investors learned IQT’s annual budget in 2006 amounted to $50 million dollars. IQT’s investment in other companies-like Recorded Future-usually meant buying “series A or B rounds” with their range of investment between $1-3 millions per project. In exchange, IQT receives an equity position in each invested company.

For a spy-financed operation, IQT is pretty open as to which companies they’ve selected to invest with each year. Each investment appears to be accompanied with a press release. Here are a few of the companies IQT channeled money to this year:

So how is RF going to use these investments from the CIA and Google?

A Wired magazine exclusive by Noah Shachtman on July 28, 2010, reported RF takes this collected and analyzed data and “applies some artificial-intelligence algorithms to tease out connections between the players.” Over 100 millions events are indexed by RF and hosted on Amozon.com servers. So how is the information used?

On RF’s website are links to several blogs maintained by that company, including one titled Analysis Intelligence. Several hypothetical cases are examined using RF technology systems. One case cited the July11, 2010 bombing in Kampala by Al-Shabaab terrorists resulting in the killing of over 70 people at the very end of the soccer World Cup. RF conducted the query into this terrorist organization searching for titles and descriptions of people connected to this group. They created a network chart which can be used to study that group over time.

In the next phase of this analysis, they sought out the head of Al-Shabaab and identified the leader as Mukhtar Abdurahman Abu Subever. Analysts studied the RF matrix of links to see whether this man indicated Uganda would be the target. RF discovered this man-a week prior to the bombings-explicitly made threats toward that country.

Looking for potential targets in the future, RF began to compile a list of possible victims based upon information gleaned through the internet using “spatial and temporal analysis” (when and where these events happened) and “sentiment analysis” (the tone of the document). Between January 17-July 4 of this year, Al-Shabaab made direct threats against these targets: peace keepers in Somalia, democracies in general, Somaliland voters, foreign security companies, and U.S. troops if our military are ever sent to Somalia.

RF concluded: “Al-Shabaab has proven that they can execute sophisticated and coordinate attacks beyond their borders, attract foreigners like Omar Hammimi (an American-born terrorist recruited by Al-Shabaab) and are making threats … against a broad set of targets.”

Will this kind of analysis help to predict the future?

The CIA, Google and other organizations believe this is possible. Wired magazine reported that both In-Q-Tel and Google Ventures made their RF investments in 2009 shortly after the company was founded. The exact amounts were not disclosed, but are believed to be under $10 million each. IQT and Google have seats on RF’s board of directors.

All this should perk up the interest of crime fiction writers. Every one of these IQT investments listed above could be a tantalizing backdrop for the writer’s next novel. And Recorded Future? What a story that might make.

Can you image a novel where the grizzled homicide detective hunkers over a computer, coffee in hand, pecking with one finger on a stained keyboard. The monitor flashes Recorded Future. The detective types in a secret code and gains access to the future. He watches an image materialize, spilling his coffee across the desktop. His partner’s face flashes on the screen. A horrendous crime is about to be committed.

No. Wait. Minority Report already used that one. But you get the idea. See you in the future.

Followon TwitterSubscribeto RSS Feed
Set Up For Murder: Page 125 Of My Spiral Notebooks