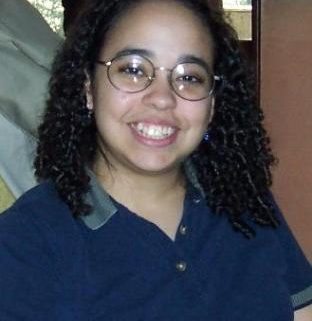 Born in August 1974, in Brooklyn, NY., Lisa Provost grew up in the Catskill and Adirondack mountains of upstate N.Y. where, from the time she was 12 – 16-years-old, she raised dairy goats.

Lisa studied Biology at RIT in Rochester, N.Y. from 1992-1994. Later, in 1998, Lisa married and moved to the Midwest when her husband enlisted in the US Air Force. The couple moved to N.C. in 2003 when his enlistment term was done. In August 2007, Lisa began studying Forensic Biology at Guilford College in Greensboro, NC. Lisa is an avid knitter and lover of four legged mammals.

My First Day as an Intern

In August 2007 I became a college student again at the age of 32. I’m majoring in Forensic Biology with a minor in Criminal Justice at Guilford College in Greensboro, NC.

When I entered my sophomore year (Fall 2008) I decided to give an internship a try because I was starting to doubt myself. Surrounded by other adult students, I was still the “odd man out” because of my major and interests. No I don’t watch CSI on TV, but I am training to be a real one. When asked if I watch CSI I tell them “no” and when they seem to ignore that answer and ask if it’s just like on TV I say “no.” The first time I answered that question I was asked “Well if you’re not doing the job right now how do you know it’s not like on TV?” I hated to admit it but she had a point. How did I know? Common sense told me TV was not like real life but hey, I couldn’t answer her completely and truthfully. Then she asked me “Are you sure you could even do that? I mean… it all seems so gross!” The only way to be sure that I could do it was to actually do the job, so for one semester I interned with a local police department’s crime lab. Every Saturday I was in the lab waiting for a call from 3 pm to 1 am.

Lisa had been fingerprinting bags of cocaine for hours when this photo was taken.

My very first day at the lab we got called to a double shooting. It was an intensely sunny August day in North Carolina. There was no wind, the air was thick, heavy, and hard to breathe. It was approximately 6:30pm when we arrived on the scene and just my luck it was actually two scenes, in total approximately 200 yards long. The first was where the victims were initially shot and one was run over by a car. The other scene was where the vehicle, with the injured driver, had come to rest.

At first I was not allowed into the scene because we were unsure if the victims had survived their injuries. When we arrived EMS was leaving with the victims and officers were putting up crime scene tape. The only information we had was a male and female had been shot and that the female had been run over by the male with the vehicle in his attempt to get away from the shooter(s). So until I got the all clear to enter the scene, I stood on the edges and made some sketches of the scene along with notes of what I wanted to ask Shannon (the technician I was with). About ten minutes after our arrival I was waved into the scene. Thankfully the victims would live and my first day as a CSI truly began. An hour later I was on one knee, holding one end of a measuring tape in my hand and calling out measurements. An hour after that, I was jotting down information in a logbook regarding the pictures that were being taken. An hour after that, I was jogging back to the truck for more evidence bags and swabs.

At approximately 9:30 pm we arrived at the hospital to photograph the victim’s injuries and perform GSR (gunshot residue) tests on the victim’s hands. When we walked into the emergency room it looked like complete chaos even though I knew everything was under control. I’ve never liked emergency rooms. They are a location of pain. The only time people are in there is when they, or someone they care about, are in pain. I’ve had my fair share of time on that side of the emergency room so it was a very enlightening experience to be on the other side of it. Both victims readily agreed to being photographed and having GSR tests performed on them. Shannon was swift, professional, polite, and to the numbers. Even though she knew the procedure to perform a GSR test backwards and forwards, she referred to the instructions on the kit because it was part of her procedure when performing the test. She reminded me that the job is all about procedure. “Remember to follow procedure like your life depends on it, because someone else’s life very well might.” I have since burned that phrase into my memory.

When we left the hospital at approximately 11:30 pm Shannon turned to me in the truck and asked “Are you hungry?” It was only then I realized just how hungry I actually was. Before I could answer her my stomach did with a resounding growl. “Wendy’s Drive-thru it is” she said and off we went. I had eaten my first Jr. Bacon Cheeseburger before we even made it out of the drive-thru. She laughed and told me that I was destined for the field of Forensics since I could eat fast food that fast.

On our way back to the PD she told me stories of scenes she had worked as we drove past the locations. One of them was truly tragic; a restaurant owner beaten to brain death with his body on a life support machine over $30 worth of food. It appeared that the suspects had been bored and wanted something to do so they called and ordered some food to be delivered. When the man arrived they attacked him with their bare hands, feet, and whatever else they had on hand. They never even ate the food. My fries no longer garnered as much attention as they had in just the previous moment. She told me she would show me those photos when we got back to the PD. She said she wanted me to see them because it was a good example of why she does the job.

When we arrived at the PD it was nearly midnight. Shannon pulled up the photographs and I sipped my soda as I looked through them. I remember foremost the anger building up in me as I scrolled through them on the computer screen. I spun around in my chair and said “You do the job because you know you can, and thus you must. It’s not the blood or the gore. It’s because of the inhumanity isn’t it? You want the people that could do that out of our communities am I right?” She smiled, nodded and said “Remind me to show you some more when you are done with that batch.” I nodded and before I could turn back to the computer an officer walked in the room and said something that I know now to be a 10-code. At the time I had no idea what it signified. I know now that it meant he had taken one person into custody from the very crime scene I was viewing and he needed her to take his mugshots and fingerprints. He was a very polite, clean cut young man of 18. I held his crucifix while they took his photograph. Watching him sign his arrest warrant I knew I had made the right decision.

I can’t wait until I am in the field.

Followon TwitterSubscribeto RSS Feed
David Corbett: A Writer, a PI, and a Duck Walk into a Bar . . .

Identify The Evidence and Help Us Solve a Real Crime!
Scroll to top