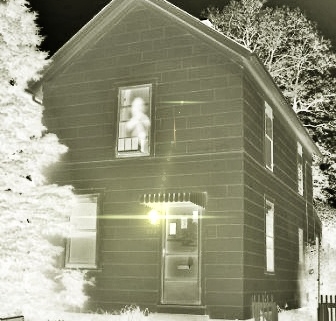 Hamilton, Ohio – Easter Sunday, March 30, 1975—probably sometime near the time of day you’re reading this article, James Ruppert was in the process of killing his entire family.

James was an excellent marksman so there was no better way to execute his mother, brother, sister-in-law, and each of their eight kids than to shoot them point blank, as if they were nothing more than a row of empty and discarded tin cans. And that’s precisely what he did, starting with his brother Leonard.

Next came Leonard’s wife, Alma, followed by James’ own mother, Charity. And, before either of the children could escape disaster, James shot and killed them, including four-year-old John the youngest of the Ruppert brood. 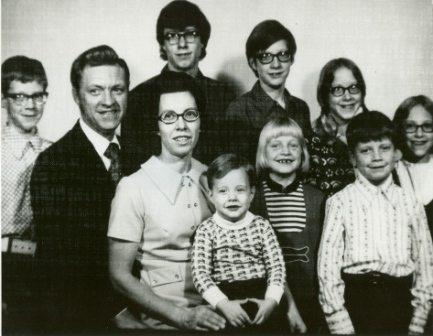 Leonard Ruppert, his wife, Alma, and their children.

The massacre took no more than five minutes.

James positioned his weapons throughout the house, staging the scene much as would a Realtor who carefully and meticulously places items in preparation of showing a house to potential clients.

Then, when he was satisfied that everything all was in order, James called the police and calmly stated, “There’s been a shooting.” 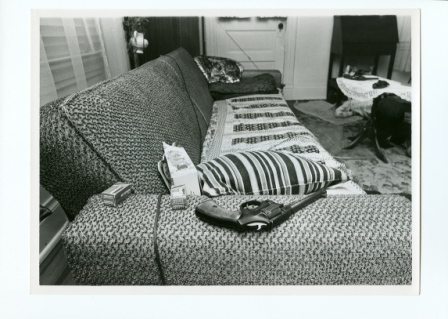 Officer Bob Minor was the officer who responded to the call. Officer Terry Roberts would arrive a few moments later, as backup. 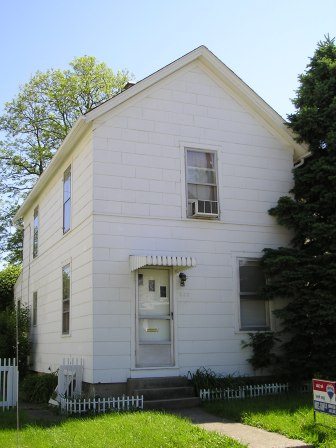 Officer Minor, no stranger to gruesome homicide scenes, had never witnessed anything close to the carnage he saw inside the Ruppert House—the once neat-as-a-pin living room cluttered with the corpses of Charity Ruppert’s precious grandchildren, and a kitchen so full of dead bodies that Minor couldn’t make his way through without stepping on an arm, leg, or a torso. There was so much blood, Minor later told me, that it had begun to seep through the floorboards, dripping into the basement. 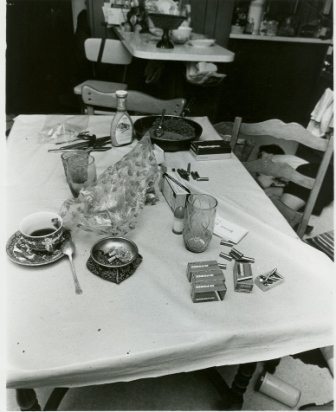 James Ruppert was originally found guilty of eleven counts of 1st degree murder. However, on appeal, a three-judge panel  found Ruppert guilty only of the murders of his mother and brother. They ruled him not guilty by reason of insanity for the nine other deaths.

Rupoert was sentenced to a minimum of 10 years, to a maximum of a life sentenced. He entered the Ohio state prison on July 30, 1982. He’s been denied parole at each hearing.

James Ruppert’s next parole hearing is scheduled for February, 2025. 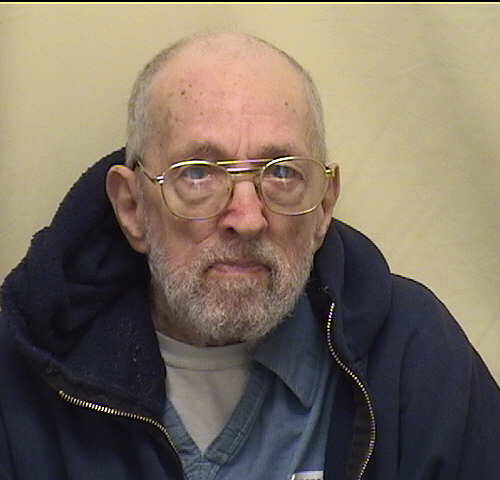 Twenty years after the Ruppert murders, a second gruesome killing occurred in a two-story duplex across the street from the house at 635 Minor Avenue, the home where James killed his family.

It was at 622 Minor Avenue where Timothy Bradford slashed the throat of his girlfriend, Tina Mott, killing her. 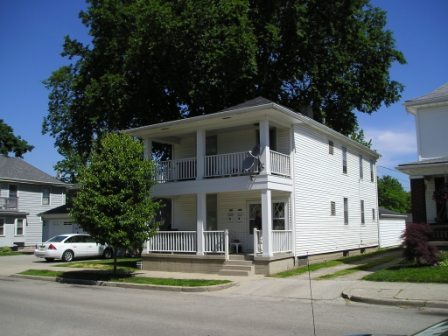 622 Minor Ave. I stood in the front yard of the Ruppert house to take this photo.

Bradford, in attempt to cover his tracks, slowly and methodically used 19 knives, a hacksaw, a meat cleaver, and a pair of pliers to dismember his girlfriend’s body. He later scattered most of her remains in a nearby field and lake. 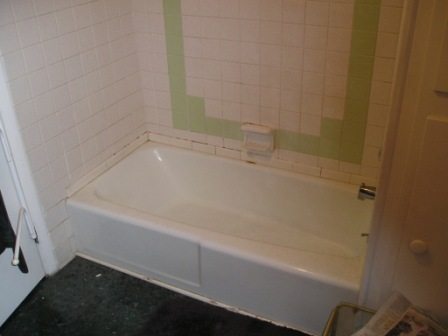 Bathtub where Timothy Braford dismembered and skinned the body of his girlfriend, Tina Mott. 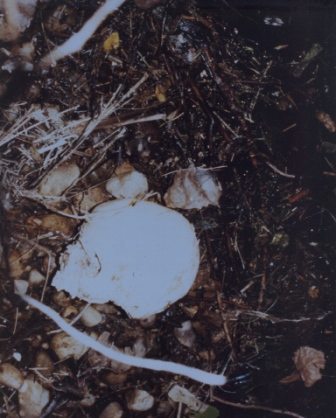 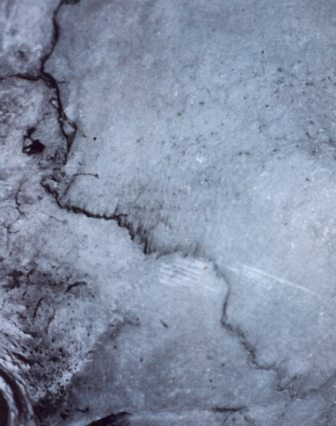 Marks on the skull indicated the use of a serrated knife blade to scrape away flesh and tissue. 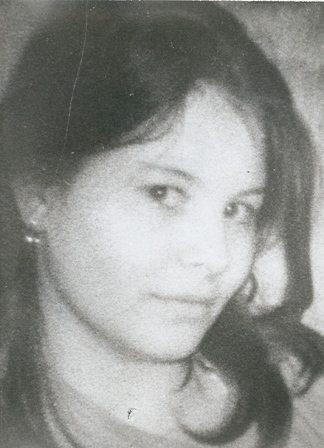 Tina’s former next-door neighbors told me that they’d occasionally seen her shadow pass by the windows in her apartment. Another neighbor firmly believed that Bradford consumed portions of Tina’s flesh after cooking it on a grill outside on the balcony. The upstairs apartment where Tina lived and died burned in April 2020. The fire started on the balcony.

*Tina expressed on numerous occasions how spooky it was to live across the street from the Ruppert house, a place where people had been murdered. 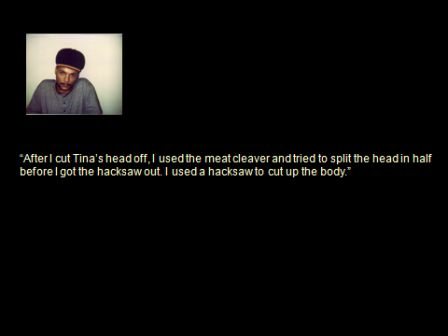 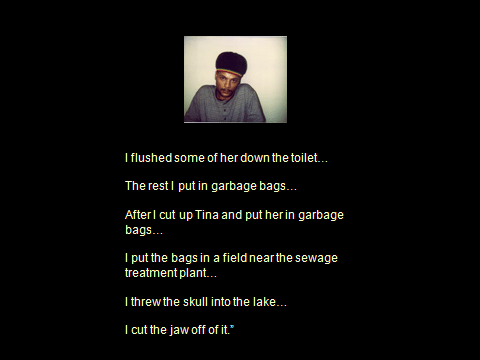 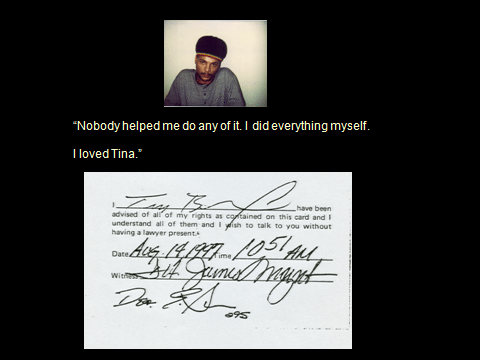 Per a negotiated plea agreement, Timothy Bradford was convicted of voluntary manslaughter and abuse of a corpse. 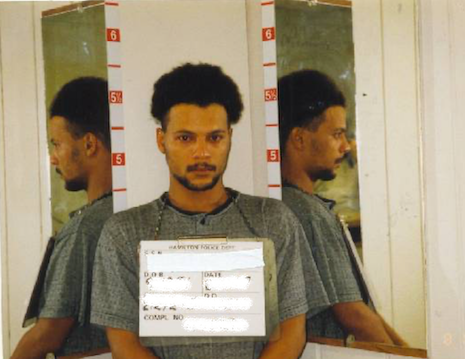 Bradford’s booking photo at the time of his arrest

He was sentenced to 12-25 years for his crimes—Voluntary Manslaughter, Misuse of Credit Cards (Tina’s, after he killed her), Theft, and Abuse of a Corpse. He entered Ohio’s state prison system on September 24, 1997, just over a year after he murdered Tina Mott. He, too, has been denied parole at each hearing, including the last in June of 2015.

Bradford is scheduled for mandatory release on December 6, 2023. He will have completed serving his full 25-year sentence at that time. 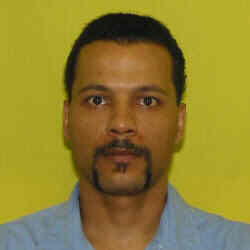 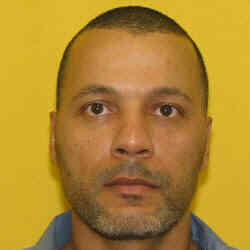 I wrote about each of these murders and the story was published in the true crime anthology, Masters of True Crime, Chilling Stories of Murder and the Macabre. Masters of True Crime is also available as an audio book. 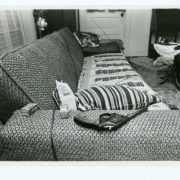