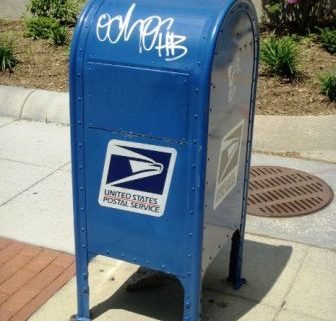 Jerome “June Bug” Johnson was the best doggone auto mechanic in Doodle, North Carolina, and the grease- and oil-stained ridges and whorls of his fingers and palms were proof of the professional wrench-turner’s many years of experience. Why, there wasn’t a single hood in town that he hadn’t poked his head under at least once. Not one.

In the evenings, when the other men of Doodle were at the pool hall or playing gin rummy in the back room at Dilly’s Feed Store, June Bug Johnson could be found doing his second favorite thing, leaning against the blue steel U.S. mailbox at the corner of Rebel and Yell, watching and listening.

You see, June Bug liked to eavesdrop, if you will, on passing cars as their drivers traveled to and fro, running errands, shopping, or heading to the barbershop or hairdresser. With his head cocked at just the right angle, and with the echo bouncing back from the brick facade of Wilson’s Drug Store, June Bug could pretty much diagnose the ailings of every single vehicle that went by, no matter how insignificant the trouble.

Like the snobby folks at the country club who savor their fine wines, June Bug took great delight in absorbing the sounds, sights, and smells of the passing automobiles. The air-to-gas ratio in the one that just passed wasn’t quite right. Too much gas in the next. Clogged air filter on Jimmy Jensen’s Ford truck.

There was Pete Peterson’s blue caddy with the air-sucking carburetor—Pete normally liked for his “Blue Bell” to run a little lean. The mayor’s yellow-as-a-lemon VW bug that dropped a quarter-size spot of engine oil every time it stopped at the town’s one and only stop light.

And, of course, there was that new problem that had somehow escaped him. The town’s one and only ambulance had developed a slight miss when idling. He’d have to change those spark plugs pretty soon. After all, it just wouldn’t do to have Doodle’s only emergency vehicle break down at the precise moment when Charlene Chernover’s baby decided it was time to see some daylight.

Yes, that miss was getting worse by the second. Definitely needed new plugs.

Somebody needed to step on the gas pedal before the engine shut off. Purr, tick, clang. Why were they just sitting there? Couldn’t they hear it?

It was odd, June Bug thought, to look down and see himself being loaded into the ambulance. Wait. Was he sick? Why weren’t they hurrying? Was he…dead?

He heard the ambulance driver talking to the Paul Polano, the policeman. “Ruth Robinson said she didn’t mean to hit June Bug, but her car wouldn’t stop no matter how hard she pushed the pedal. She’d noticed the brakes were a little soft a week or so ago, and she planned to have June Bug install new shoes all around, and check the fluid, but first came one thing then another. Then she had to go see her sister up in Dingle County, you know the one, that bug-eyed lady who walks around all the time looking scared out of her gourd. Between you and me and the fencepost, you look up Scary As Hell in the dictionary and you’ll see a picture of old Bug-Eyed Robinson right there on the page. Know what I’m saying?”

“Anyway,” said the ambulance driver. “When Miss Ruth got back from visiting her sister, she tried calling June Bug’s shop but no one answered. So she figured she’d catch him hanging out at the corner and have him take a look at her car right there. Next thing she knew her Fairlane was sitting all catawampus with the mailbox jammed beneath the right front tire, and June Bug—may his soul rest in peace—was sprawled out in the gutter with his noggin cracked open like Humpty Dumpty after his fall.”

Looking down from his place in the white light, watching and listening as he faded further and further into nothingness, June Bug remembered telling Miss Ruth she probably had another month left on the brakes. That was six months ago. She’d forgotten and so had he.

To his right, four blocks over and two down, he saw Charlene Chernover double over in pain and then reach for her cell phone. It was time. Little Charlotta Charlene—soon to be CC, for short—was on her way.

But the ambulance wasn’t.