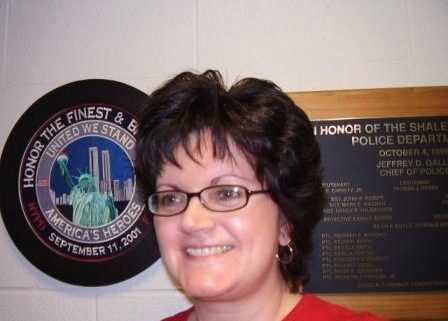 Joyce Tremel works for the Township of Shaler Police Department located just north of the City of Pittsburgh. She holds a second degree blackbelt in Taekwondo and volunteered as a trainee instructor for two years. She is a member of Mysterywrights (a critique group), and a member of Pennwriters. Joyce is a former Vice-President of the Mary Roberts Rinehart chapter of Sisters in Crime. You can visit Joyce on her website http://www.joycetremel.com/bio__links, or you can read her very popular blog every Thursday on Working Stiffs http://workingstiffs.blogspot.com/

For some reason, when I hear the question, “What does a police secretary do?” it makes me think of the song, “What Do the Simple Folk Do?” from the musical Camelot. Not Spamalot, people. Camelot. You know, Lerner and Loewe? Richard Burton and Julie Andrews? Oh, never mind.

Anyway, in the song, Arthur and Guinevere are pondering what their subjects might be doing. They get it all wrong.

The same holds true with the public and most police work. How many of you knew there was such a thing as a police secretary? Come on. Hold up your hands. Uh-huh. Thought so. We are so under appreciated. You never see us on Law and Order or CSI. One more thing they get wrong!

So, what does a police secretary do? The simple answer is pretty much anything. I work for the Shaler Township Police Department in Pennsylvania. Shaler Township is a suburb of Pittsburgh. Our population is around 30,000 people. (To get an idea of the calls we get look here: http://workingstiffs.blogspot.com/2008/04/statistics-again.html ) We have 27 sworn officers-this includes the Chief, two Lieutenants, one Sergeant, two Detectives, one Officer who handles juvenile cases, and the rest are Patrolmen. The two civilians are an administrative assistant, who acts as the Chief’s secretary and does, well, administrative things, and myself. 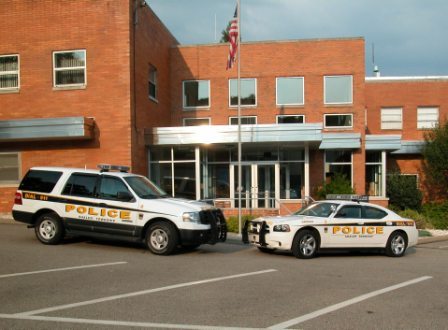 I have my own office which consists of my computer station, a desk and file cabinets. I have a bullet proof glass window that looks out onto the reception area. If someone needs a copy of their accident report, etc, I pass it through the slot at the bottom. After they pay the $15.00 fee for a copy of the report, that is. 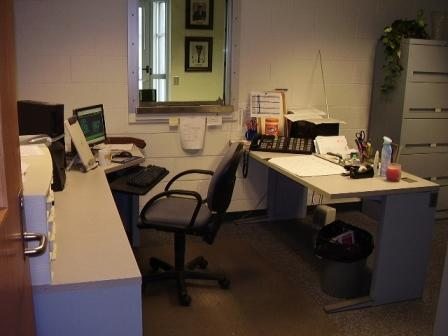 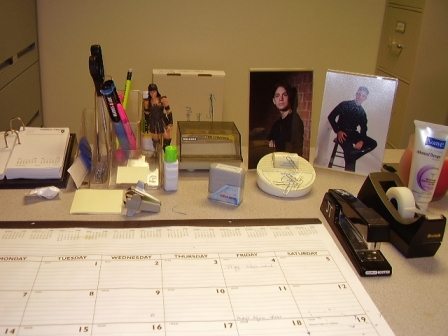 One of my main duties is answering the phone. All the municipalities in Allegheny County have a single 911 dispatch center, so I don’t dispatch any calls. The calls that come into the office are usually people calling to talk to  a police officer, calling for a copy of an accident report, or people filing a complaint by phone. I also get a lot of calls from people who need to see an officer but didn’t want to call 911. I have to tell them if it’s important enough to dispatch an officer, they should hang up and dial 911. If there happens to be an officer in the station, I’ll give him the call, but they’re supposed to stay out on the road unless they’re writing up their reports. Many times, I’m the only one in the station. We do get walk ins (or 10-12s as we call them) and then I’ll get on the squad room radio and ask someone to “10-19 for a 10-12,” which translates to “get your ass in here and talk to this person.” Not literally, but you get the idea. 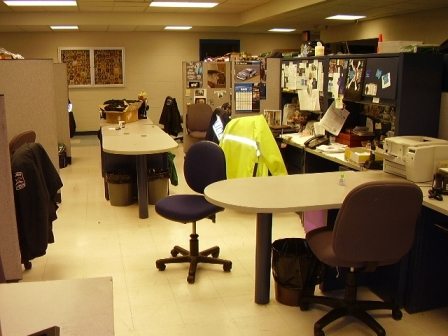 My most important duty is entering the police reports into the computer. We use a software program called “The Informer.” The officers write a report up for every call they get and turn over all the handwritten reports to me the next day. I then make sure that none are missing and spend most of the day typing. We average about 10,000 calls a year, and a report must be filed for all of them. I type most of them with help from the administrative assistant. We always split up the weekend reports on Monday-too many for one person to do.

Someone asked me once why the officers don’t enter their own reports. The most important reason is they have to be entered correctly. For reporting purposes, there are certain things that have to be on the reports and most of the guys would take short cuts. Sometimes what they have written as the type of call is nothing like what it really is. For example, the officer might put “harassment” down where it says type of call, but it’s really a dispute between neighbors. Another reason the officers don’t enter their own reports is time. They would need to be sitting at a computer for hours instead of out patrolling. Even if they could do it from the patrol car, people complain that the officers are loafing if the car is parked somewhere.

Another duty is to enter all the traffic and non-traffic citations. Really, really boring. I also process requests from insurance companies for accident and police reports. They mail in a check and I record it and send them the report. Sometimes I get requests from attorneys for the same thing. I really like it when an attorney asks for a report because his client is suing the other party and it turns out his client is the one at fault. Or someone is suing for injuries and the report clearly states there weren’t any. Now that really amuses me.

I’ve also done things that aren’t in the job description. I’ve fingerprinted people who needed them done for their jobs when the detective who usually does them was out. I’ve done pat-down searches on females who have been arrested. I’ve watched lost children and lost dogs. I watched an arrestee when everyone had to leave on an emergency. I stayed over and helped out when we had a major flood after Hurricane Ivan. I did the same after 9-11 when we were in “lockdown.”

So, that about sums up the glamorous life of a police secretary. At least in Shaler Township. Oh, and did I mention that I only work part-time? I do all this working twenty eight hours a week.