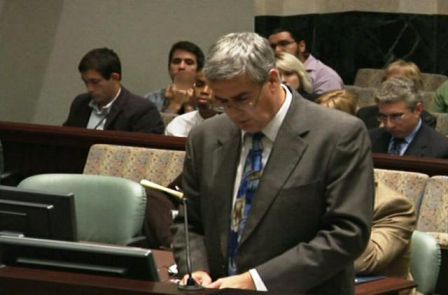 A few days ago, during the Casey Anthony murder trial, a young man decided to extend and display his middle finger, aiming it at the back of Laughing Man Jeff Ashton’s head. The bird-flipper, Matthew Bartlett, was promptly brought before Judge Belvin Perry. After a brief bit of questioning Judge Perry learned that Barlett worked as a restaurant server who earned less than $15,000 annually and had basically no money to speak of in the bank. 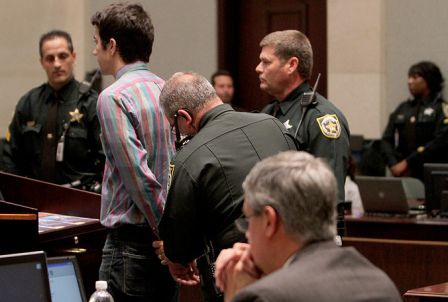 Judge Perry found Bartlett to be in contempt of court and sentenced the waiter to 6 days in jail along with a hefty fine of $400 plus court costs. Bartlett was then hauled away in handcuffs to begin serving his time. Barlett filed a motion for a stay of sentencing and asked to remain free on bond until the appeal could be heard. Judge Perry promptly denied the stay and bond request. After all, the rules against making gestures and facial expressions were clearly posted outside the courtroom. So away to jail he went. I suppose the judge wanted to show that disobeying the court’s rules simply would not be tolerated. 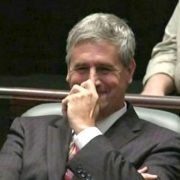 But, as we all know by now, there was a different set of rules for the common folk and the attorneys involved in the case. (Ashton’s facial expressions and rude laughter weren’t as bad as this kid’s one-finger salute)? 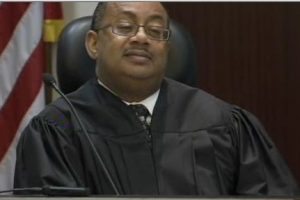 And just when you thought things couldn’t get any worse in the circus known as the Casey Anthony trial, defense attorney Cheney Mason decided to offer the media and fans of the prosecution a salute of his own… 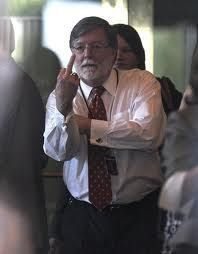 You know, I remember the day when officers of the court were grown-ups and professionals, not little boys who play dress up in daddy’s clothes while literally holding someone’s life in their hands.

Now I see why Matthew Bartlett thought it was okay to give Ashton the finger. He saw the other boys playing in the sandbox and climbed in to join the fun.

Never mind that Caylee Anthony’s body had decomposed in a filthy, murky swamp on the side of the road where snakes slithered and blue collar meter readers stopped to relieve themselves in the very water where she lay. 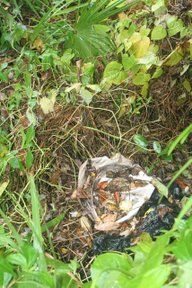 Followon TwitterSubscribeto RSS Feed
Sheila Lowe: The Anthony’s — The Secrets In Their Handwriting