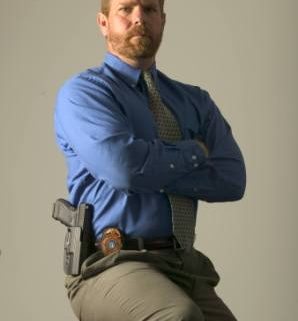 James O. Born is an award winning novelist with five crime novel published by Putnam. Under the name James O’Neal, he is published by Tor. The Human Disguise was just released and the sequel, The Double Human, will be released in 2010. He is currently a Special Agent with The Florida Department of Law Enforcement working in the area of major crimes and public corruption.

The Future of Police Work

The one quality most good cops share is adaptability. Many are smart. Many are tough. Some are smart and tough. But if a cop is adaptable then an officer can do a lot of good.

This adaptability must be short term as well as long term. If a cop is undercover, talking to someone about a potential hit and the bad guy suggests they go shoot the target that minute, the cop must adapt for safety and to salvage the case. If the cop shuts it down immediately then there may not be enough for a prosecution (I know it probably would be in this example but you never know). If the cop agrees to take it a little further, then the victim’s or the cop’s life might be in danger. Every undercover situation is a chess match of safety versus evidence. The key is being able to adapt. If all police operations went perfectly then there would be no reason to spend so much time planning and there would be almost no good stories. The interesting things come from what goes wrong, not what goes right. That’s goes for life in general.

Adapting to the long-term changes is another vital ability necessary for a successful career. Procedures evolve, tactics and equipment improve. From my own experience, when I graduated from the DEA academy in the mid-eighties (gulp), I was issued a Smith and Wesson model 13 revolver. A dependable, venerable weapon not much changed from the early part of the twentieth century. After a short while I was using a Beretta 92 nine millimeter, semi-automatic with fifteen rounds.

A couple of years ago my agency required us to move to the Glock .40 caliber. I resisted, having grown used to and comfortable with my Beretta. Any cop or military person will tell you their feeling for a weapon. I didn’t want to experience the separation anxiety. The Beretta had saved my life. Literally. But I was forced to adapt and now carry the sleek, hammerless Glock.

The other form of change that requires a cop to adapt has nothing to do with attitude or equipment. It slays tough and smart alike. It lays waste to morale, thins out the ranks and occasionally pushes someone until they snap. This is the governmental and administrative change that usually seep into the culture but sometimes flop on us like a Walrus with vertigo.

The best example I can think of right now is the tax crisis here in Florida. In South Florida, smaller cities can no longer afford to field their own police departments and have been contracting out the work to the Sheriff’s Offices. The state is flat broke. If it were a relative I would avoid it. Funding has been slashed in every area. And now cops must adapt again. Resources and manpower are scarce. Overtime is non-existent. But somehow criminals continue to go to jail and the lid has been kept on a pressure cooker of unemployment, disillusionment and anger directed at any target available. Cops adapt to cooperate better between agencies, use what resources they have more efficiently and focus on the few creeps who are really causing the problems.

Time marches on for all of us and so does change.

I used my experience as a cop. My love of history and status as a native Floridian to create a novel about police work set twenty years in the future. To keep from confusing anyone who had read one of my contemporary police novels, I used the pen name ( I have a hard time spelling pseudonym) of James O’Neal. The Human Disguise, just released from TOR, follows detective Tom Wilner, a detective for Florida’s Unified Police Force, the only remaining police agency in the state, as he deals with a simmering gang war. I put a lot of effort into looking at police work when I started twenty years ago and how it had changed from police work in the late 1960s, then tried to draw a realistic, reasonable line to how things might work twenty years from now. 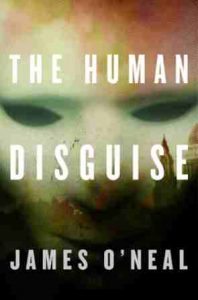 I wrote the book over two years ago but theorized that the state’s tax structure would one day fail. I had no idea it would be so fast. In the future the population in Florida has dwindled due to factors like terror attacks, pandemics and a severe climate change. That leaves few cops over wide areas. The first issue would be manpower. That could mean conflicts of interest are a fantasy and cops have to work whatever comes down the pike.

Weapons would evolve and use propellants other than gunpowder and calibers unknown today. Fuel of cars has changed to hydrogen with poor areas using steam or whatever they can find to power crumbling Hondas and pick up trucks. 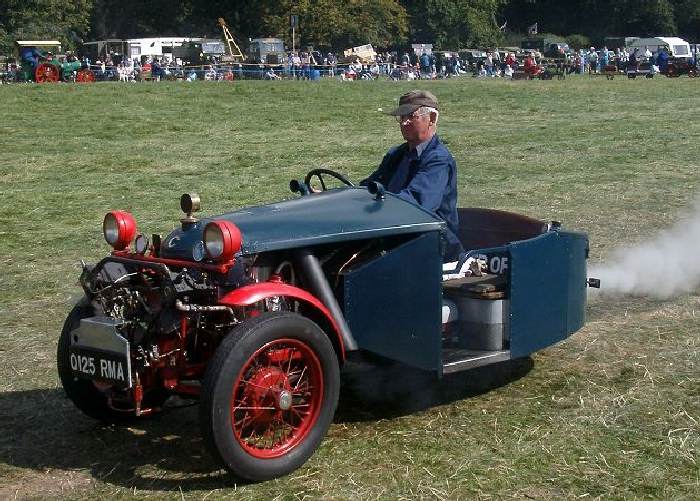 The last piece of this future puzzle would be the judicial system. Any one involved with it today knows that it cannot continue as it is for very much longer. In The Human Disguise the future justice system sentences offenders to penal units in the military. Sentences can be for conflicts (Syria until it’s conclusion) or time. The need for combatants in all the conflicts the US is fighting is so great virtually no suspect is found guilty. That gives cops too much power.

The civil court system has been completely revised to each side being allowed a short period to present a case to a single judge who can rule immediately causing the loser to pay all costs. That has lightened the burden on small businesses constantly under siege by slip and fall attorneys. But it has also insulated large corporations that can afford to pay if they lose and hurt poor individuals without much money to risk in a loss.

All these factors would cause a police agency and a cop to adapt. I know it caused this cop turned novelist to adapt. I look at everything now with an eye toward what it might look like in twenty years. If my last twenty years are any indication, look for a very heavy set, near sighted novelist signing science fiction books at a Barnes and Borders near you around 2029. 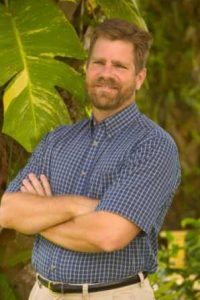