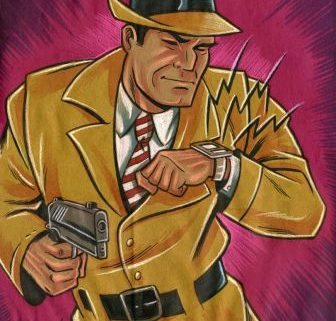 Officers, both real and fictional, have taken advantage of rapidly advancing technology, using the sci-fi-esque gadgets in the never-ending task of fighting crime. And many modern crime-fighting tools and weapons have taken on a James Bondish flair, such as rifles capable of firing around 90 degree corners, and laser-guided, missile-like bullets.

Thinking back to the first portable phone installed in a police car I once drove, a take-home sheriff’s office patrol vehicle, well, the phone was not very portable. Not at all. 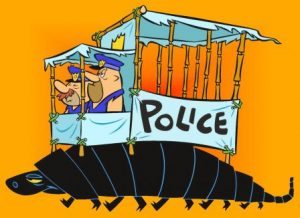 Technicians mounted a huge box of something—wires, batteries, and perhaps even a Flintstone cartoon character pedaling a cycle-like contraption that generated enough power to run the thing. The “thing” attached the passenger side floorboard, near the “hump, beside the radio console and light and siren controls. A large handset was tethered to the box via a long curly black wire, like the telephones we once had in our homes (younger folks would be amazed to learn that we once had to stand or sit in one spot to talk to Aunt Sally, Uncle Billy Bob, or friends from school). 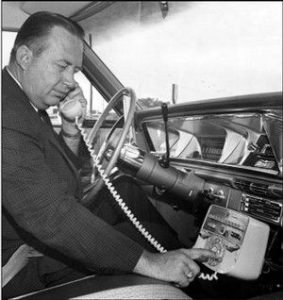 Then came the bag phones. Remember how cool it was to finally be able to carry your phone with you, even while in the grocery store. Ah, so portable… 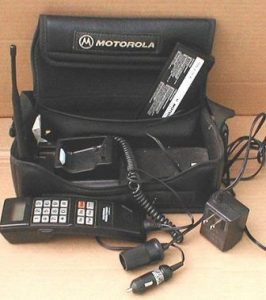 Of course, phones are different now. And we’re able to use them to text, check emails, stocks, and Facebook. We can Tweet, Tweetdeck, and Twitter away, all while driving 80mph on the freeway, simultaneously eating a Big Mac, fiddling with the satellite radio, glancing at the morning paper, swigging from a coffee cup, and, believe it or not, answer the occasional phone call.

There’s an app for this and an app for that. Here an app, there an app. Apps are EVERYWHERE! — apps for news, bowling, TV shows, radio programs, police scanners, HuffPo, CNN, Fox, Words With Friends, Occupy, Don’t Occupy, Newt, Mitt, Herm, Sarah, Obama, ETrade, Scottrade, star charts, Scrabble…and there’s even an app that produces sounds like the after-effects of a large bean burrito. 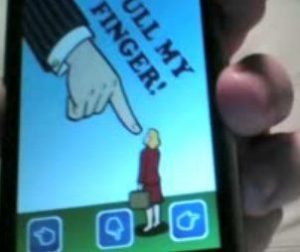 How about the app that I’m quite sure Lanie Parish has on her phone, the iVoodoo app, designed to allow the user to stick pins in the enemy of their choosing. 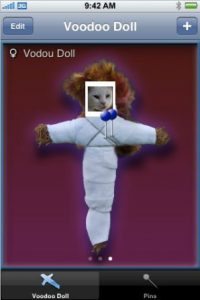 And let’s not forget the Atomic Zit Popper app for those of you who’d like a stroll down memory lane. Yes, for hours at a time you and your friends can squish, pop, and squirt zits until your little fingers wear to the bone. A real explosion of fun. 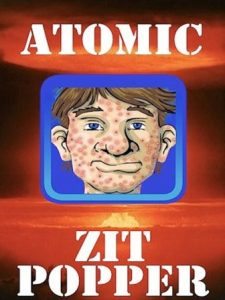 And now (drum roll, please) there’s an app for the folks who’s job it is to respond to crime scenes. Yes, the new app, Pocket CSI, designed by Law Enforcement Training and Resource Group LLC. is for first responders and CSI’s. Actually, LETRG’s program is an entire suite of applications for all smart phones (a camera with a phone is a must—crime scene photography, you know).

Included in the application are tools of the trade, such as a caliper, blood spatter trajectory calculator, DOA notes, skid mark calculator, GPS indicator and marker for the crime scene and individual items of evidence, compass, level, minimum speed of travel, note-taking recorder, digital dimension calculator, automatic case file and evidence numbering system, a complete set of reference files, and much, much more. The reference files alone—Miranda, weapons identifier, pupil size identifier, etc. is worth the installation of the application.

Why, this app even has the capability to give you the position of the victim and the killer when the fatal blow was delivered. That’s right, by taking a photo of the blood spatter at the scene the app automatically calculates, using the major and minor axis of the droplets, the number of pixels wide and long, and then provides the angles, instead of doing it the old fashioned way. You know, as Dexter would do it. 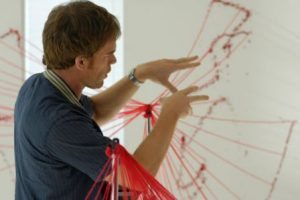 The Pocket CSI stores all information in separate, files—blood spatter information in one, DOA notes in another, etc., and when you’re ready, simply transfer it all to a single DVD.

Of course, the Atomic Zit Popper app is only $1.99. I wonder, though, if it calculates the spatter angles… 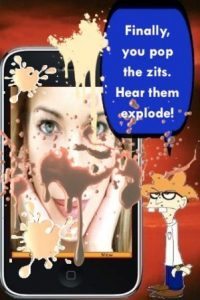 Castle: The Blue Butterfly – A Review And Recap
Scroll to top