Intimate partner homicide is the 7th leading cause of premature death for women in the United States. It’s the number one cause of premature death among African American women between the ages of 15-45. Are those numbers not scary enough? How about this: Of all the women murdered in this country each year, half of them are killed by their intimate partners. And those figures do not include ex-boyfriends.

Is there a means to prevent these deaths? Should a woman be able to see this coming? Are there indicators that her partner is approaching the point of no return? Well, possibly.

Several risk factors have been associated with the murders of  battered women. However, many of the women who were killed by their domestic partner never realized the severity of the abuse. Sure, they knew they’d been beaten, had bones broken, etc., but they never actually thought they’d be killed. They suffered from the, “He’d never really do it because I know he loves me…” syndrome. And that’s not a bad thing, wanting to believe the best in your partner. But denying a problem is harmful, especially when it comes to abuse.

So what are some of the indicators that a partner’s violence may be escalating to the point of no return?

Studies have found a direct correlation between gun ownership and intimate partner homicide. In fact, women who are threatened with a gun are more likely than other women to be murdered—20 times more likely. Just the mere presence of a gun in the house causes an abused woman’s chance of being murdered to be 6 times higher than a woman living in a gun-free home.

Other risk factors include:

– Serious alcohol and drug abuse, where the abuser is high or drunk on a daily basis.

– Partner controls all activity (when to leave the house, etc.)

– Woman is beaten while pregnant

– Partner is violent outside the home as well

– Abused victim has thoughts of suicide to escape the violence 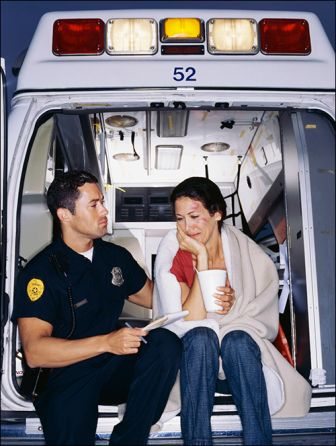 Has your partner ever done or caused any of these things? If so, you are at risk. Please seek help immediately.

– Use of weapon—wounds from weapon 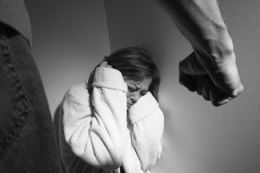 Ask yourself the following questions. If your answer to any of the questions is yes, you are at risk. Please seek help immediately. Do not wait!

– Has the physical violence increased in frequency over the past year?

– Does he ever try to choke you?

– Does he keep a gun in the house? In his vehicle?

– Has he ever forced you to have sex?

– Does he use drugs? Any drugs?

– Does he threaten to kill you?

– Is he drunk every every day?

– Does he control most or all of your daily activities, like who you can be friends with, how much money you can have, or when you can take the car, when can use the phone, etc.) Does he always have to be with you when you visit family, or go shopping? Does he tell what clothing you can and cannot wear?

– Have you ever been beaten by him while you were pregnant?

– Is he extremely jealous?

– Have you ever threatened or tried to commit suicide?

– Has he ever threatened or tried to commit suicide?

– Is he violent toward your children?

– Is he violent outside of the home? Does he fight with others? 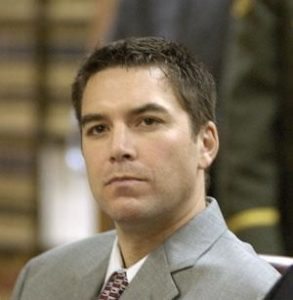 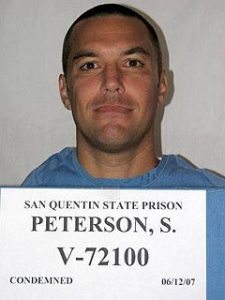 Scott Peterson is currently awaiting his appointment with San Quentin’s executioner. He was sentenced to death for murdering his wife and unborn child, and tossing them in the San Francisco Bay on Christmas Eve of 2002. It is believed that Peterson fabricated homemade anchors from blocks of concrete and them fastened them to Laci’s body, hoping she’d remain on the bottom of the sea, forever.

Now, Peterson spends his days playing basketball and cards with other murderers. Oh, perhaps I should mention all the letters and money he receives from female admirers from all over the world. He deposits the cash into his inmate account, spending up to $180 per month on frilly things, like soda, cookies, and deodorant.