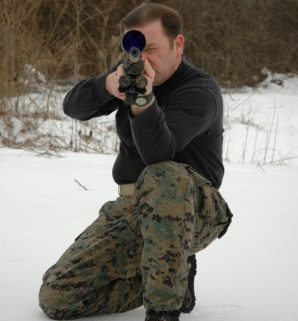 We had out-of-town friends visit us yesterday, and it was embarrassing, and sad, that we had to advise them against following GPS directions in order to avoid certain areas of the city. But, it was a necessary evil due to the number of seemingly random shootings that have occurred there over the past few months. Of course, several of the gang-related killings were accidental shootings—the wrong person in the wrong place at the wrong time. But dead is dead, no matter how the unfortunate person became a murder victim.

Our police chief seems to be doing everything humanly possible to combat the gun violence, including assigning a special task force to work nothing but gang-related crimes. He’s saturated the trouble areas with patrol cars, officers on foot, undercover officers, and more. He’s even asked council to approve the hiring of dozens of new police officers. The same is true for surrounding jurisdictions.

For example (just this week alone):

– local deputies conducted a traffic stop where the driver jumped out of the van and began firing a revolver at the officers.

– narcotics agents arrested a drug dealer who was carrying a .22 pistol containing a 100 round magazine.

– a man came home for the holidays, and then shot and killed his mother before taking his own life.

– a man walking in a local park was robbed at gunpoint, and after handing over his money, he was shot by the robber. The victim, a convicted felon, then pulled his own weapon and returned fire.

– a man broke into a local residence and forced the homeowner to the floor at gunpoint.

– a man walking down the street on his way to a store was shot and killed.

– a man dressed as Santa Claus robbed a downtown bank at gunpoint.

– a suspect wearing a black hoodie robbed a grocery store at gunpoint.

The good news is that our overall crime is down from 2011. The bad news, though, is that gun-related crime is up—over double the number of the same type of crimes in 2011.

So what’s the answer? After all, the chief of police in our city has already attempted, with no luck, to reduce gun-related crimes by increasing the number of good guys with guns.

Will new, more restrictive gun laws do any good? How about banning large capacity magazines?

If more restrictions/laws are enacted, will the bad guys then suddenly come to their senses and begin obeying the law? Will they stop using high-powered rifles with 100 round magazines, and pistols with 30 round capacities, as their murder-weapons of choice?

Honestly, I don’t see a good, solid solution to the problem. However, I know we have to do something, and we have to start somewhere. But where?