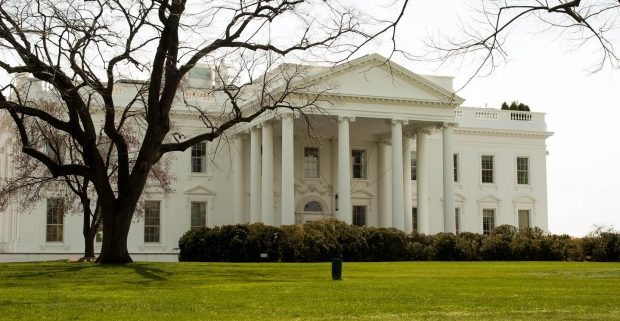 Each and every day our government does things that boggle the minds of its citizens, and here are just a scant few of the reasons they leave us so very puzzled.

1. To enhance security, TSA personnel now have the authority to require some passengers to go through a full body scanner instead of the once optional pat-down search. Wasn’t there a situation not too long ago when a pair of TSA agents targeted people they wanted to “touch” so they pulled them aside for a pat-down? Now agents will have the legal opportunity to see those desired people in their au natural state of no-detail white-blobness. Shame on the TSA for allowing this to happen merely to prevent weapons and explosives onto an airplane.

2. A locust-insired mini robot is now available to aid in search and rescue missions. The 3D-printed, grasshopper-like device is fabricated from the same material Legos are made of and consists of a battery, carbon-rod legs, and an on-board battery and microcontroller. The 5-inch-long robot can jump 11-feet-high and 4.5 feet in distance. Scientists are still working on improving the robot’s landing impact. 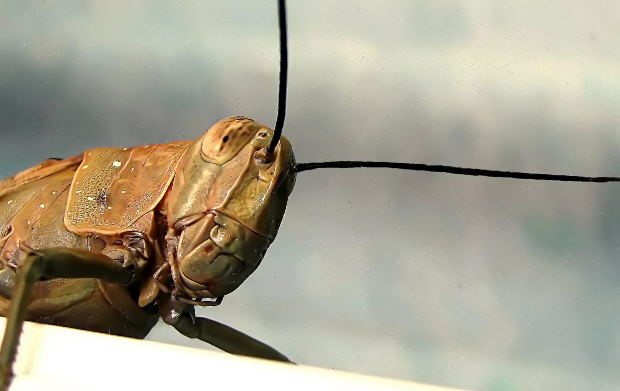 I’m wondering, though, about the timeline associated with the use of this particular robot. After all, how fast is its response time if it can only hop 4.5 feet at a time? What about its battery life? How much power is consumed when leaping 11-feet in the air only to travel 4.5 feet in distance? More importantly, what happens when it’s spotted by a hungry bird?

3. Due to concerns about civil liberties, U.S. officials (Homeland Security, etc.) are not permitted to view Facebook and other social media posts of people hoping to enter the U.S. on Visas (Tashfeen Malik, the San Bernardino shooter in the U.S. on a Visa, praised ISIS on Facebook). This all seems odd because agents are allowed to eavesdrop on phone calls, emails, videos, mail, conversations, and more, so you’d think, since Facebook and Instagram are available for the world to see without a warrant… Never mind, we’re talking about the government so it’s not supposed to make sense.

4. A civil liberties coalition that’s fighting to prevent the government from overreach in its methods of surveillance, citing they’re an invasion of privacy, are now arguing against a government-proposed loophole that would allow the president to remove the Department of Homeland Security as the agency in control of information gathering. Wasn’t it not too long ago when a similar group was fighting to prevent Homeland Security from gathering surveillance information obtained from citizens? I’m confused. Now they don’t want what they previously wanted?

5. Scientists have created genetically engineered bacteria that’re able to travel throughout the human body for the purposes of diagnosing and treating infections. However, there is a fear that those bacteria could deviate from their missions and escape into the environment where they could cause harm. Therefore, to save the day, researchers have developed “kill switches” that, when activated, immediately cause the bacteria to die.

This, my friends, is a sic-fi movie come to life. Unless, that is, screenwriters who’ve been secretly working for the government installed kill switches that prevented us from seeing what’s been in place all along. That’s right, pay no attention to the people behind the curtains and, start knitting your very own aluminum foil hat because Elvis will soon be living behind the cheesecake in your refrigerator.

6. The U.S. government, through its DARPA program, announced that it has found a way to convert dangerous chemicals, including  toxic waste, into everyday, harmless soil. We trust this to be safe, right? Remember, this is the same government that… 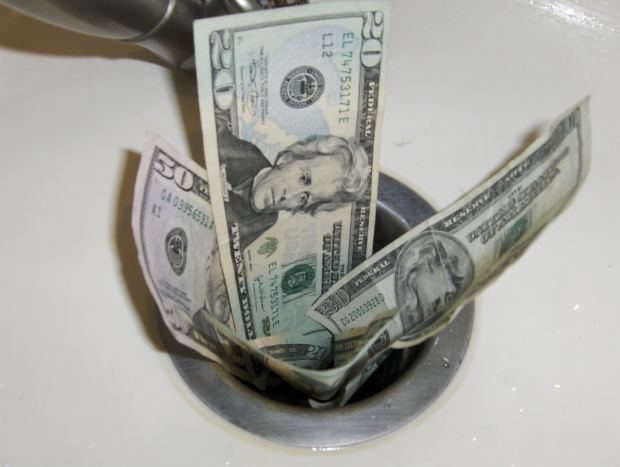 – Spent $500,000 to build an Iraqi police training facility. Sounds okay, right? Well, it turns out they used bricks made mostly from sand with a little clay, a mixture that caused the building to sort of turn to mud when it rained.

– Treated a non-profit government contractor to a $1.1 million party and retreat at Pennsylvania’s Nemacolin Woodlands Resort, where guests/employees received free iPods, Nikon Coolpix cameras, and extreme-driving classes. They were also treated to carriage rides through the countryside, guided turkey hunts, and cool safari tours of a private animal collection.

– Spent $43 million to build a natural gas station in Afghanistan. The price tag anywhere else—$500,000. To make things just a wee bit worse, the station may not be operational at this time.

– $1 million to train monkeys to run on a treadmill. Because we all know what TV-watching couch-potatoes monkeys can be, right?

– $276,000 for a study on why and how less attractive people end up with attractive partners.

– $5 million for parties where people were encouraged to not smoke tobacco.

–  $3.7 million price tag on the president’s Christmas vacation airfare (price does not include the $3,500 over night hotel, food, Secret Service salaries, etc.). Air Force One costs appr. $206,000 per hour to operate, in case you were curious. By the way, the 2014 Christmas vacation price tag came in at just over $7.5 million. This would be the same for any president who regularly vacations in Hawaii, so I’m not singling out Obama.

I am saying, however, that one stay-at-home presidential Christmas would certainly feed, clothe, and put a roof over a lot of homeless people in the U.S. Actually, some of the saved money could’ve gone toward the hiring of a couple of top-notch admins who could prevent the $100 million that’s wasted each year by issuing payments—Medicare, Medicaid and Social Security—to the wrong people.

A million here and billion there? Before you know it you’re talking about real money…

Followon TwitterSubscribeto RSS Feed
The Case of the Midnight Prowler: How Would You Handle the Call?