December 14, 2014 – Officer Richard Anthony Champion was killed in a vehicle crash during a pursuit. A car turned in front of Officer Champion’s patrol car causing a crash that set the police vehicle on fire. Officer Champion was trapped inside the burning car. Although several bystanders attempted to free the officer, their attempts were unsuccessful. The driver being pursued continued to flee and is still at large.

Officer Champion is survived by his wife and 16-month-old child.

December 16, 2014 – Deputy John Robert Street was killed in a vehicle crash while responding to the scene of an accident. He was found during a search of the area after dispatchers and other deputies were unable to reach him by radio.

Deputy Street leaves behind his wife and two small children. 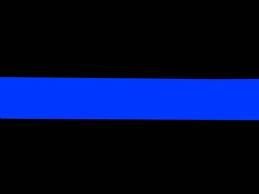 Please remember to wear blue today in support for all police officers. Thank you’s are also very much appreciated.

Followon TwitterSubscribeto RSS Feed
But, But… He Was "Unarmed"

The Oak Ridge Boys: Uncle Luther Made The Stuffin’
Scroll to top