November 14, 2011 – As a SWAT team member, Detective Shane Wilson was responding to a home invasion when his vehicle was struck head-on by a drunk driver. The detective died at the scene.

Detective Wilson is survived by his wife, 8-year-old-son, and parents. 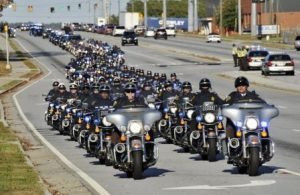 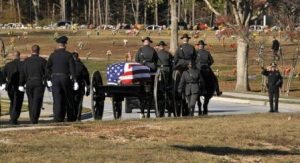 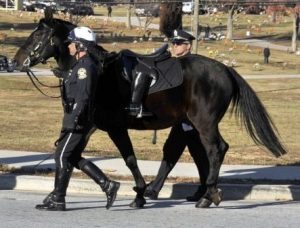 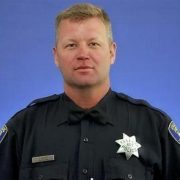 November 17, 2011 – During a high-speed pursuit of a bank robbery suspect, Officer Capoot executed a PIT maneuver, disabling the target vehicle. The suspect then ran behind a group of houses. When Officer Capoot rounded the corner of a residence the suspect shot him multiple times.

Officer Capoot is survived by his wife and three daughters. 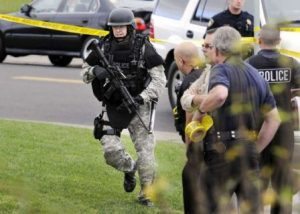 The scene immediately after the shooting. 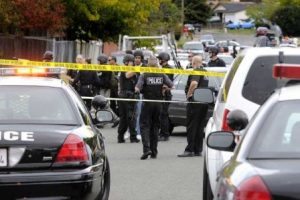