The Graveyard Shift has been online for nearly one year and this is the first week we’re been able to report a safe week for police officers in U.S. There are NO deaths to report. Let’s hope for many more safe weeks to come! 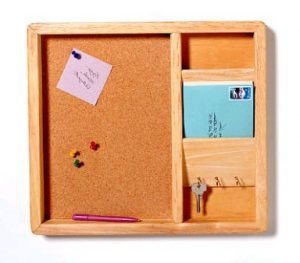 Associated Press – WELLINGTON, New Zealand — Police in New Zealand nabbed a man who was trying to crack a bar’s safe after posting security camera footage of the act on the Internet networking site Facebook.

Knoxville News-Sentinel – KNOXVILLE, Tenn. — A Knoxville Police Department officer has been credited with saving the life of a man with diabetes whom he pulled out of a burning car.

The Associated Press – NAPA, Calif. — About 50 people were evacuated from their homes after the parents of a former transit police officer charged with shooting an unarmed man found two suspicious packages on their porch.

Los Angeles Times – LOS ANGELES — Los Angeles Police Department fingerprint examiners who falsely implicated at least two people in crimes have been linked to nearly 1,000 other criminal cases that authorities say must now be reviewed to ensure that similar errors weren’t made.

Chicago Tribune – CHICAGO — A Bellwood police officer shot in 1999 headed for Springfield in his squad car on Wednesday — with several other law-enforcement and public officials also making the trip — to try to halt an early release from prison for the man convicted of shooting him.

Daily Camera – BOULDER, Colo. — A foot pursuit that began Monday night with a sushi chef chasing a dine-and-dasher ended with a dog pulling a man soaked in pepper spray from under a car.

Mystery Writers of America has just announced the 2009 Edgar nominees. Congratulations to you all!

For The Thrill of It: Leopold, Loeb and the Murder that Shocked Chicago by Simon Baatz (HarperCollins)
American Lightning: Terror, Mystery, the Birth of Hollywood, and the Crime of the Century by Howard Blum (Crown Publishers)
Havana Nocturne: How the Mob Owned Cuba and Then Lost It To The Revolution by T.J. English (HarperCollins – William Morrow)
The Man Who Made Vermeers: Unvarnishing the Legend of Master Forger Hans van Meegeren by Jonathan Lopez (Harcourt)
The Suspicions of Mr. Whicher by Kate Summerscale (Walker & Company)

* Do you have news or announcements you’d like to post on The Graveyard Shift? Drop me a line with the information and we’ll get the word out. All news items must be related to police, forensics, CSI, or writing.

* Would you like to be a guest blogger on the site? Contact me and we’ll see what we can work out. All guest posts must be related to police, forensics, or CSI.