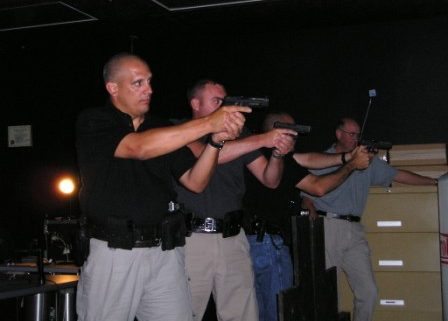 Show me your hands!

Get out of the car, now!

The scenes were intense as experienced police officers from the Triad area of North Carolina gathered together to stop scores of gun and knife-wielding bad guys. The officers were forced to use whatever cover they could find during a few pretty chilling shootouts. In one instance, a deputy sheriff was shot by two armed suspects and the lone backup officer was forced to shoot it out with the desperate cop killers.

Later, crazed gunmen entered a high school and began shooting random victims. Three officers entered the school and confronted the shooters. The actions of those officers saved the lives of numerous teenagers.

Actually, the lives of many innocent people were spared during this day-long mandatory training, because officers faced with several potentially deadly scenarios showed incredible skills, knowledge, and restraint. And that’s what FATS training is designed to do, to teach officers when, and when not, to use deadly force.

All police officers are required to attend regular in-service training to maintain their certification as officers. Last Thursday, I attended officer in-service training at the public safety building on the campus of Guilford Technical Community College (GTCC). The training consisted of several classes, but I specifically focused on the Firearms Training Simulator (FATS), since that’s one of the workshops we’re offering at the Writers’ Police Academy (WPA), in September. In fact, the WPA is going to be held at GTCC, and this was the actual room and equipment we’ll be using.

So, come on in, load your weapons, and prepare for the worst. 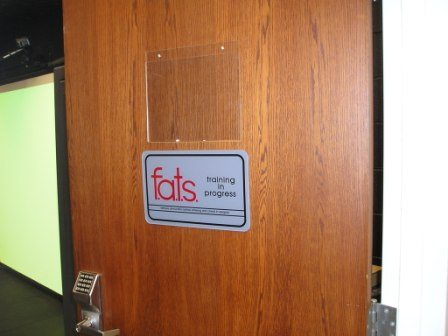 During the WPA FATS training, attendees will be assigned a partner and together you’ll be expected to do what it takes to end each of the highly charged scenarios. Suspects may or may not comply with your commands. It’s up to you and your partner to see that they do. Remember, the bad guys are criminals and will do what it takes to escape. Many of them are armed, and some of them will shoot at you! 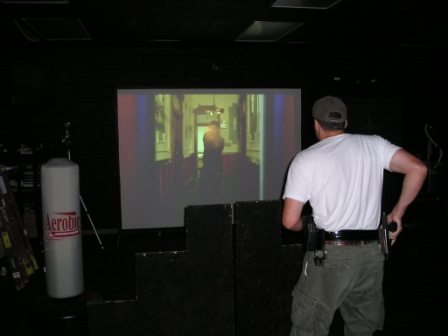 A suspect fires at the responding officer. 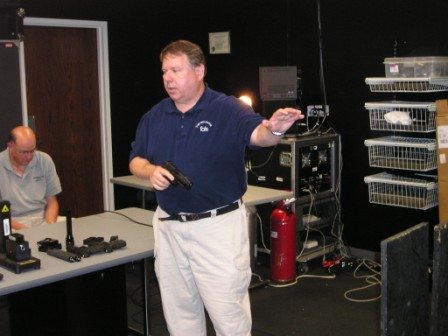 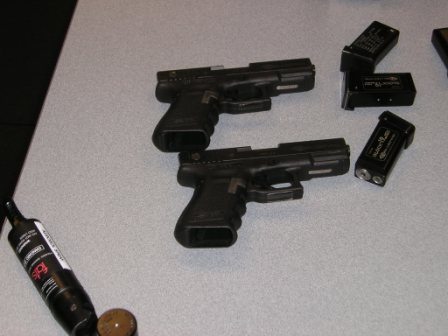 We will be using real Sig Sauers and Glocks for the FATS training. The weapons have been modified for use with the FATS system. We’ll also be utilizing pepperspray and flashlights (night scenarios) that have been specially designed to work with FATS. 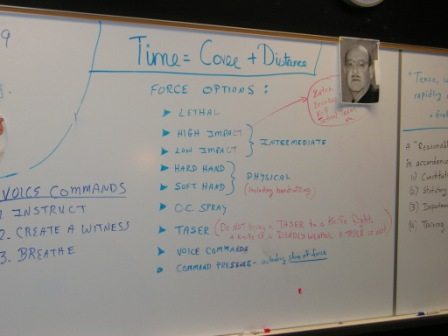 Officers are constantly reminded of their use of force options, even during the live training scenarios. 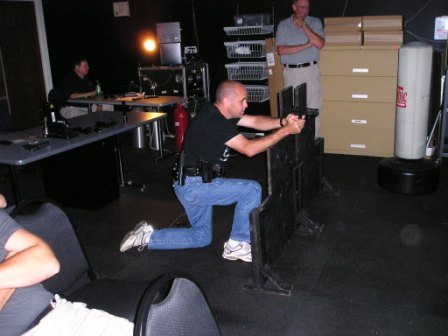 An officer’s chance of survival during a firefight is 95% if he uses some sort of cover. 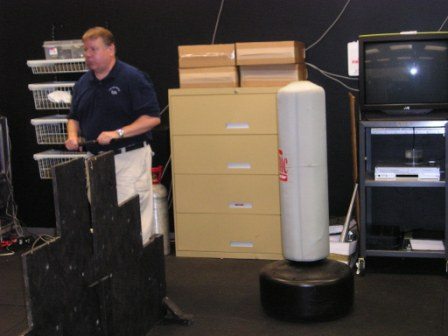 When the threat level de-escalates, so must an officer’s level of force. For example, officers may not shoot a fleeing felon. The threat diminished when the suspect chose to run. Instructor Jerry Cooper reminds officers to use non-lethal weapons when appropriate. In this instance, he’s indicating an expandable baton. 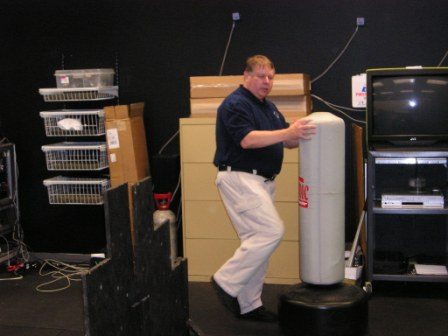 A good old-fashioned knee strike may be all that’s needed to bring a combative suspect under control. 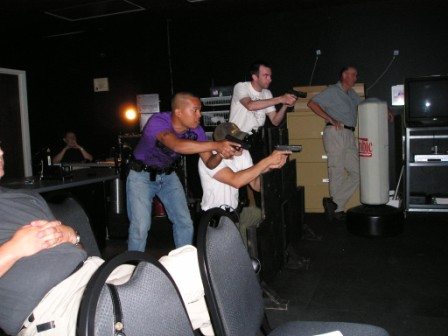 Officers are cautioned about sympathetic gun fire—when one officer fires, everyone shoots as a reaction. 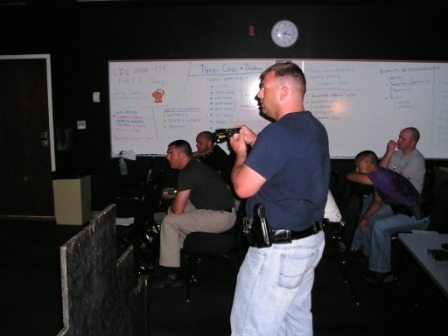 A suspect dropped his gun, but was still non-compliant and extremely combative. This officer holstered his firearm and switched to the non-lethal Taser, an appropriate move. 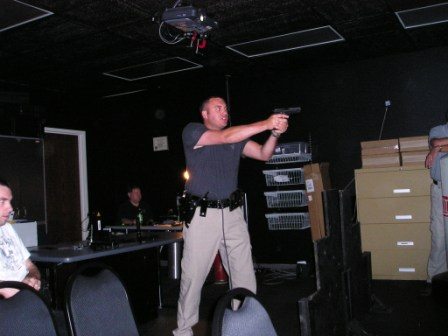 FATS training is realistic and can be very intense, but it’s also a lot of fun. It is our hope that each attendee of the Writer’s Police Academy will leave the event with a better understanding of what it’s like to spend the day as a police officer. This event is designed to make you a part of the law enforcement world, even if it’s only for a weekend. There’s no other experience like this, anywhere. It’s like Disneyland for writers. See you there! 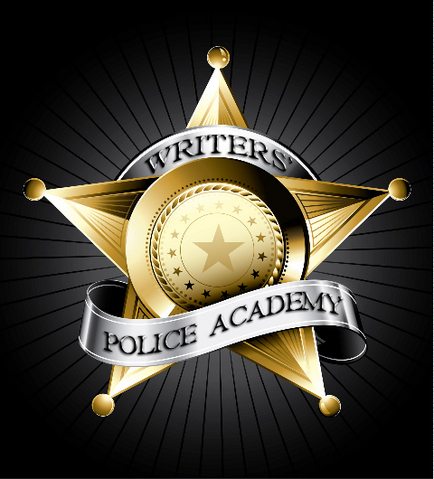 * Don’t forget to stop by our Facebook page for a peek at the author of the day. It could be you!

Test Your Use of Force Knowledge
Scroll to top