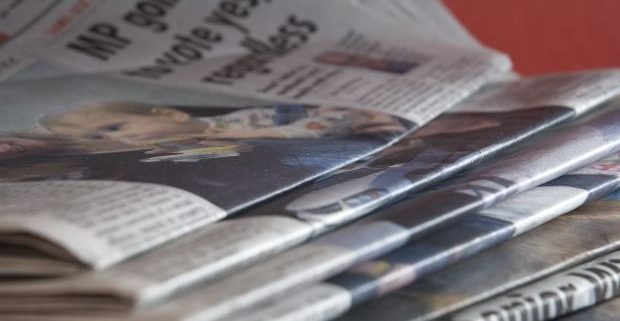 The entire staff of the Graveyard Shift took a field trip yesterday. We boarded a big bus and drove over four hours to the offices of newspaper giant, The Bottomfeeder Gazette. We wanted to see how their hardworking news reporters come up with those gritty stories they crank out each day. We wanted to tag along when they hit the streets, conducting interviews and digging up the dirt. We wanted to learn how they’re able to garner all that juicy, gossipy stuff they print each day.

Well, I was shocked. We didn’t leave the building. Not even for lunch. They had gluten-free kale chips and bottled water brought in by a man-bun guy dressed in skinny jeans and a Grateful Dead t-shirt.

So here’s how this media group came up with their news stories du jour. I was shocked. We all sat around a large empty room, on the floor with our backs against the wall. There were fourteen of us in all. Five in our crew and nine Bottomfeeder reporters. Oh, and the editor. So fifteen.

The editor started the ball rolling by asking for story ideas. Someone said, “The sheriff is up for reelection.”

The editor paused to ponder the thought. We all sat there in silence, watching his face undergo several transformations, moves to help him think, I surmised. First he wrinkled his forehead, raising his bushy brows until they nearly touched in the middle. Next, he scratched his chin using a single index finger. And then he said, “I like it. Let’s run with it. Who wants to go first? Headline?”

Another man-bun guy, this one with a permanent five-o’clock shadow and a lazy eye, set up a large white board and stood at its side with a green marker in his hand. A young woman raised a hand, the one holding a Starbucks coffee cup with the name “Celine” penned in a delicate “Sharpie” script. Beneath the name was written (in the same hand) “Likethesinger.” I’m guessing the clerk assumed the young woman’s full name was Celine Likethesinger.

Anyway, the editor called on Celine (like the singer) who promptly said, “I remember when the sheriff was the crossing guard at my elementary school. He’s a sweet man.” So bun guy reached over to the white board and wrote:

Someone to my right shouted, “I went to school with his kids.”

Man Bun put his marker to board once again.

Another voce from the room, “He’s a member of my dad’s golf club.”

“I heard he doesn’t let his kids go to parties.’

“I once saw him in pursuit of a robber.”

“I saw him go inside the liquor store with one of his campaign posters.”

Frequents liquor stores while on the job

“He arrested a large number of drug dealers.”

Has been seen in the company of major drug dealers

“I wonder what kind of pistol he carries?”

“One of his kids has special needs and is home schooled.”

“His oldest daughter once wrote a book report on Helter Skelter, the story about that Manson creep.”

Follower of Charles Manson/indoctrinates his kids into Manson cult

So this went on for the better part of an hour and this, the way I believe most stories today make it to the papers and in online news sources these days, was the result:

Longtime sheriff, Gi. Meabrake, has announced his bid to seek another term of office. He faces tough opposition this year, especially in light of the inflammatory accusations facing him. A hearing is scheduled for next Tuesday at the county conference center, where Sheriff Meabrake will answer to the charges of child endangerment, drinking on duty, supporting a known convicted murderer, abuse of authority, and reckless driving/endangering the wellbeing of citizens. It has been reported that child services are filing the necessary paperwork to remove the Meabrake children from the home. Officials within the agency say removing the children is for their safety.

Protestors are scheduled to march to the sheriff’s office on Tuesday. They’re demanding that Sheriff Meabrake announce who he supported in the presidential election. They also want free parking, free access to all police equipment, no firearms for deputies, two get out of jail free cards, and the promise that no one will be arrested for the next two years, for anything.

*Disclaimer – News staff has not verified any of these allegations, but we believe it is good journalism to put this out there to give the public the opportunity to decide whether or not they want to believe it.

Sure, this article is dumb. Totally dumb. For the life of me, though, I can’t image that much of today’s news stories derive from a better source(s) than my fictional one above. Do reporters actually interview people? Do they research topics? If so, where and how do they do this? Why is it that facts are no longer important?

I used to read the news, a lot. Now, when online, I simply scroll past most headlines and images, skipping the political rants (from all sides) and ludicrous promises of juicy news about Hillary’s pantsuits that were made by starving child slaves in 3rd world countries, who, by the way, are the offspring of Bill Clinton. I also pass by those fake tales accusing Trump of planting Tribbles on the Enterprise, and about him appointing little Barron as Secretary of State. 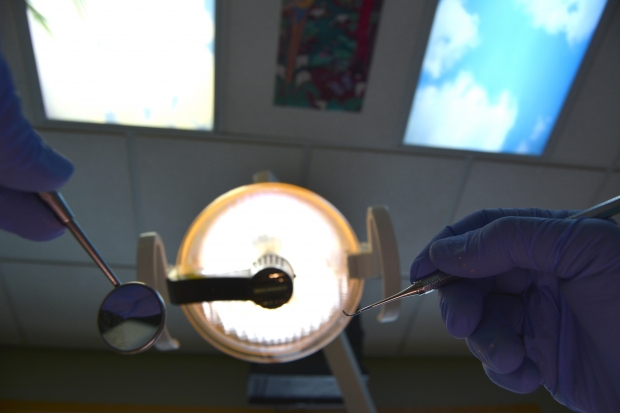 Unfortunately, skipping all the roiling, boiling, ranting, raving, hate, lies, and totally fake news, I find that I’m missing out on a lot of the wonderful accomplishments of my friends. But, it is what it is. I’m weary of the hate and of the backstabbing and name-calling, and, well of it all.

What started this little fake news rant of my own? A news story this morning, from a major media source, about … basically nothing.

It’s just one of those days. I’ll get over it.

For now, I’m off to the dentist. Wish me luck.

Surviving The Apocalypse
Scroll to top