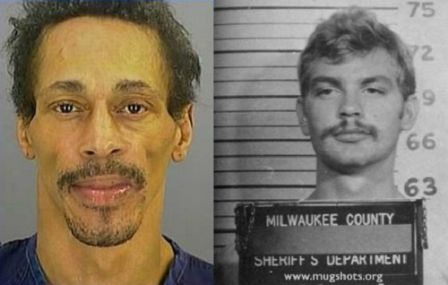 PTSD can be a scapegoat for poor judgment

Jeffrey Dahmer killed seventeen men before he was arrested in 1991. An intended victim had escaped his personal killing field and returned with the police. Inside Dahmer’s apartment they found human heads, intestines, hearts, defleshed skulls, and dismembered torsos half-dissolved in a barrel of acid. Numerous snapshots depicted posed and mutilated bodies. With chloroform, electric saws, acid, and formaldehyde, Dahmer was killing men and preserving or dissolving their parts. Sometimes he cooked and tasted them.

The man who’d stopped him was Tracy Edwards, still wearing the handcuffs that Dahmer had used to restrain him. Later in court, Edwards gave a description of how Dahmer had transformed into a monster that night and threatened to kill him. “He said he was going to eat my heart,” Edwards testified in a quavering voice. “He laid across me and put his head on my chest and was listening to my heart.”

Now Edwards has been in court for his own sentencing for a homicide. During an altercation with a homeless man, Johnny Jordan, Edwards helped another individual to throw him over a bridge into a river. Jordan drowned. Edwards’ attorney threw part of the blame on Dahmer, stating that Edwards’ troubles are the result of PTSD from his ordeal in Dahmer’s apartment. On the bridge, two decades later, he had “shorted out.”

PTSD is an anxiety disorder that can be acute, chronic, or delayed. It can happen to anyone, but we don’t know why some suffer more than others. The symptoms range all over the place, and a positive prognosis relies on therapy and a good support system. Supposedly, the impact of trauma can diminish over time, but here we are, twenty years later (almost to the day), and an attorney is offering Edwards’ horrendous past experience one night as a mitigating factor.

Is it just an excuse? The attorney is not a mental health expert and he didn’t bring one to court to support his opinion. In addition, Edwards is not the only person to have endured and survived torment from a serial killer. In fact, a number of others have been treated far worse, but most haven’t harmed or killed anyone.

So, is this alleged post-Dahmer stress disorder, which seems to have pushed Edwards into a mess of trouble over the years, just another designer defense?

The goal of designer defenses, which have taken many forms since the so-called (and poorly named) Twinkie defense in 1979, is to transfer responsibility from perpetrators to external factors. Many rely on the notion of temporary psychosis or use a twist on a more traditional disorder. We’ve seen “black rage,” “Matrix confusion,” “cyberspace addiction,” “gay panic,” “9-11 syndrome,” “mother lion,” and “urban survival,” among others.

Such defenses are devised when full-blown psychosis cannot be proven and they generally tap into some subconscious social force, such as sympathy for abused individuals, to sway a judge or jury. Whether or not a defense can win an acquittal (about 8-10% have), it can result in a hung jury or mitigate the severity of the punishment. A study of nearly 200 cases that used some type of designer defense reveals that about 50% succeeded in some manner. Most often, the defendant receives a reduced sentence, especially if he or she is more likable than the victim, is female, or is particularly sympathetic. Attorneys don’t even need to use clinical experts to persuade fact-finders to accept the disorder.

However, we must keep such claims in perspective, as did the judge in the Edwards case. Although extreme trauma might erode cognitive abilities, it does not hijack judgment altogether. Edwards is now 52. Nothing in his mental state blinded him to the fact that pushing a man off a bridge was reckless, dangerous, and potentially fatal. The judge was right to say that, despite his past ordeal, Edwards should have known better. 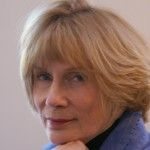 Dr. Katherine Ramsland has master’s degrees in forensic and clinical psychology, a master’s in criminal justice, and a Ph.D. in philosophy. She has published nearly 1,000 articles and forty books, including The Forensic Psychology of Criminal Minds, The CSI Effect, Inside the Minds of Serial Killers, Inside the Minds of Healthcare Serial Killers, Inside the Minds of Mass Murderers, Inside the Minds of Sexual Predators, and The Human Predator: A Historical Chronology of Serial Murder and Forensic Investigation. She has been featured on numerous documentaries and such programs as 20/20, The Today Show, 48 Hours, Montel Williams, and Forensic Files, and she currently writes regular features for InSinc and The Forensic Examiner. She teaches forensic psychology and criminal justice as an associate professor at DeSales University in Pennsylvania and consults with death investigators and law enforcement worldwide on cases involving serial murder. Her latest books are The Mind of a Murderer: Privileged Access to the Demons that Drive Extreme Violence and an ebook called Psychopath.