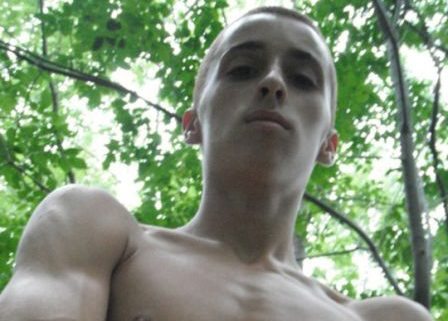 On Monday morning, T. J. Lane allegedly took a gun into Chardon High School in Ohio. He saw a table in the cafeteria where students sat talking and took aim. Three have died and two others were wounded. He claimed, according to the press, that he did not know why he picked them. He has not yet offered a motive, but there is speculation that one victim was dating a former girlfriend.

Stories have emerged about Lane’s troubled past. His mother and father have both been arrested for domestic violence. His older brother has had substance abuse issues. Several relatives have had physical altercations. However, Lane himself was not a violent person, at least not on any open record. Some say he was bullied and teased, others insist he had friends. We don’t know how he viewed himself within this cauldron, but he apparently thought that shooting other kids was a viable means to an end.

We might search for a reason we can grasp, but motives for these incidents are generally complex. Each person processes experience in his or her own unique way. Some are resilient and can absorb life’s hurdles, but others cannot. One kid might perceive slights or disappointments as far more jarring than another would.

A few children grow angry and bent on power, revenge, or punishment. In France in 1995, Eric Borel, a fan of Adolf Hitler, used a hammer and baseball bat to fatally bludgeon his mother, stepfather and brother. Then he took a hunting rifle and walked six miles into town. Within half an hour, he had killed nine strangers and wounded seven before shooting himself in the head.

Some researchers say this kind of rampage violence arises from a brain disorder, and much work in neuroscience has been devoted to impulse control issues of the adolescent brain. Others cite attachment disorders from neglect or rejection. One study said that boys who had experienced maternal rejection were twice as likely to get involved in a violent incident as boys who had not.

Neuroscientist Adrian Raine studied children on a small island. Those who had slower heart rates and reduced skin responses when exposed to a challenge or loud noise got into more trouble than other children. However, nutrition and improved education helped to reduce criminality later in life. It was thought that because they did not experience normal fear or distress, they did not learn from risky behavior. They also did not learn empathy. Improved circumstances diminished the negative influences.

Still, some school shooters seek fame or notoriety. For years after the 1999 school shooting at Columbine High School in Littleton, Colorado, several would-be shooters had hoped to “out-Columbine Columbine.” And they weren’t always boys. Soon after the Columbine incident, a thirteen-year-old girl met with friends in a small Florida town to reveal a map of their school’s surveillance system. She showed them a hit list that included nine students and school personnel, but someone turned her in before she could do anything.

Many of these children have been angry about being bullied or rejected. They let their frustration build into rage. It turns out that children who expect to be rejected tend to perceive more hostility in ambiguous comments than those who are not so sensitive. Such children then behave aggressively in a pre-emptive strike, which adds to their interpersonal difficulties. So they get rejected and become further distressed. It’s a self-defeating cycle.

However, it takes more than just anger to form a plan to kill—particularly if one has a number of human targets in mind.

Back in the 1970s, psychologists Derek Miller and John Looney studied adolescent killers and noted that they showed a capacity to dehumanize. Those at high risk to kill saw others as objects that thwarted them. The psychologists found that these kids had become cold and detached from the way someone had dehumanized them. In fact, the extent to which they’d been treated this way was directly proportionate to how they viewed and treated others.

Family strife and bullying by peers may never be eradicated, but identifying kids who process such circumstances in disturbed ways might be the only way to develop effective interventions. This problem must be treated on the inside—the perceptual level—rather than through external controls, because kids who feel resentful and angry, and who devise violent resolutions, will find some way to act out.