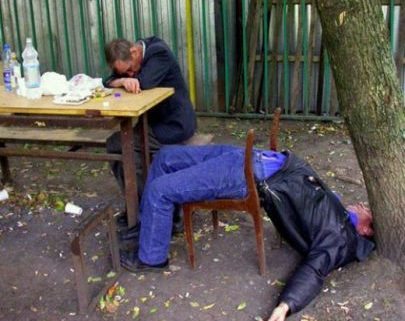 It was 3 a.m. when Nita Chaser’s friends collectively decided she was far too drunk to drive, so she decided to walk home—red plastic cup in one hand and a lit cigarette in the other.

After a few stumbles into the twelve-block journey, Nita placed the cup against her lips and sucked and slurped at the last of the foam and ice. She took a quick drag from the smoke and flipped the burning butt out into the street. It sizzled as it landed in a small puddle left behind by a passing street sweeper. She tossed the empty cup into a group of white azaleas near the entrance to an apartment building on the corner. It rolled in a slow half-circle, weighted by its thicker bottom, coming to rest near a mushroom-shaped landscape light.

A left turn and she was once again on her way. Only eleven blocks to go.

What a night! The party was great and the band was killer. In fact, Ms. Chaser couldn’t get their tunes out of her head. Especially that AC/DC song Have A Drink On Me. So she started to sing…loudly. Too loud, in fact. But she didn’t care because she felt ten-feet-tall and bullet-proof.

Didn’t matter to her that she was staggering and crooning through a normally quiet neighborhood, the one where two elderly women sit up all night peering outside, watching to see who got lucky and connected with their one-night-soul-mate. The ladies were also well-known for calling the police for every single sound that’s a little out of place. After all, you can’t take chances these days, right?

Nita thought about the drinking game she and her friends played during that song. Every time the singer belted out the line “Have a drink on me,” everyone had to gulp down a big swallow of whatever was in their cup at the time. Nita’s drink du jour happened to come from a seemingly bottomless bottle of ass-kicking tequila.

She tipped her head back and cranked it up another notch.

Just her luck. It was trash night and the curb was lined with dozens of garbage and recycle bins. She bumped into an overflowing container, turning it over. A plastic bag filled with empty vegetable cans spilled out onto the concrete walk. They rang out like church bells as they rolled and tumbled toward the curb. She slipped and fell, landing on her stomach with her face resting near a storm drain. Cool stagnate air brushed across her booze-warmed cheeks. The song played on a never-ending loop in her alcohol-scrambled mind.

Suddenly, headlights rounded the corner. The car stopped directly in front of her, idling.

Then she heard it, the unmistakable crackles and robotic voices of police radios. Two pairs of shiny, black shoes made their way in her direction. Nita tried to stand but that last drink, the double shot with a beer back, held her down.

Why didn’t the officer want to hear her sweet singing voice? And didn’t like AC/DC? The nerve of that flatfoot…

The next couple of hours were a blur. The last clear memory she had was of puking in the backseat of a police car and that the officer said he’d charged her as a DIP. And no, that didn’t mean she was acting like dippy Paula Abdul. 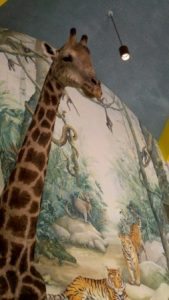 Actually, D.I.P. (DIP) is cop slang (an acronym) for Drunk In Public, one of the few offenses that’s pretty darn difficult to fight in court since the police are typically not required to conduct blood or breath tests to prove public drunkenness cases. (DIP may be called a variety of terms throughout the country).

Beating a DIP charge is next to impossible because this is one where it’s pretty much the officer’s word against yours. Fortunately, police officers nowadays normally have video evidence (cruiser cams or body cams) to back their testimony, if necessary. And, of course, there are usually plenty of witnesses to back the officer’s claim. But that’s if the case ever makes it to court, and chances are it won’t. Most people spend a few hours in lockup to sober up, pay the small fine (if there is a fine), and move on.

In many areas, officers use the DIP (a misdemeanor) charge when a person is too intoxicated to care for himself, or could endanger another person. A DIP arrest could also be affected if the intoxicated subject is blocking or interfering with the free passage of foot or vehicle traffic on streets and/or sidewalks. The charge may also apply to someone who is under the influence of drugs. Either way, the charge is a discretionary call for the officer.

* Some states do not have public intoxication laws, and one, I believe, has a provision in their law that allows officers to take intoxicated subjects home, especially if they are a danger to themselves.