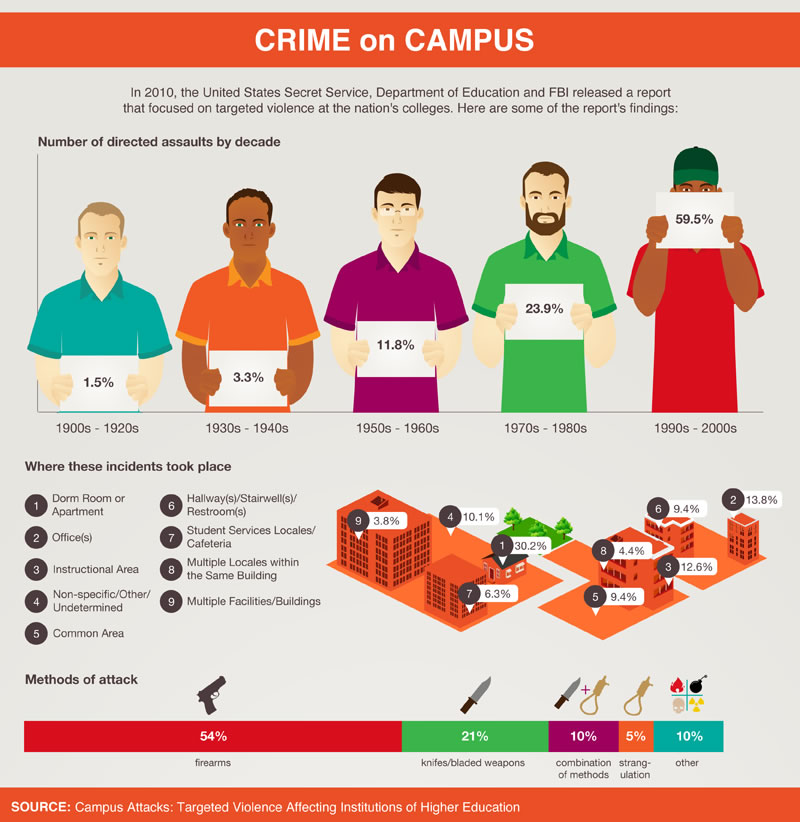 Last year was a banner year for proponents of gun carrying on college campuses. No fewer than 23 state legislatures saw bills introduced that would allow either faculty or students, or both, to bring firearms onto school grounds. The vast majority of the lawmakers in these states declined to change their current laws on the subject. Rather than giving up the fight, supporters of college carry laws have been rejuvenated by recent school shootings and have brought the issue back around in 2012. In these 10 states across the country, the great debate rages on.

181 Google Tricks That Will Save You Time
Scroll to top