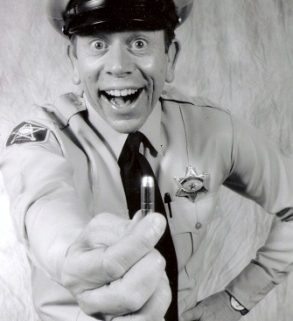 I sat down to write an article containing information about twenty three years of having The Mayberry Deputy be a major part of my life, but as I begin to write, an overriding urge to mention Andy Griffith continues to consume my thoughts.

Andy Griffith, Danny Thomas, and Sheldon Leonard created what some would say is the consummate situation comedy back in 1960, The Andy Griffith Show. It bore his name and he was the leader of the band; however, when you think of this particular show, do you always think of Andy Taylor? I want to dwell on what that show has done for so many, beyond the hallowed studios of CBS television, from 1960 to 1968. Here it is 2012 and, in rerun’s, the show is even more popular today than it ever was. With cable television, dvd’s, and the simple act of quoting from the show by all sorts of people every day at work, school, church, and just about anywhere, the show has wound its way into the fabric of America.

Andy passed away a few days ago and while his passing marks a difficult period for those who not only love Mayberry but those who enjoyed Matlock or any number of great films this wonderful actor performed in over the years. Andy Griffith, not his movies, wound his way into the fabric of our hearts almost to the point of having to be perfect in everyone’s eyes and not a normal human being like the rest of us. It must be a tremendous burden to carry for so many years as Andy did. I think of sudden celebrities who gain great popularity overnight and it almost ruins their lives, and then I think of Andy who lived with it for over sixty years if you take into account his great acclaim for “No Time For Sergeants” on Broadway and then in the film of the same name, until later in life when he was very special in The Waitress and the great country music video, Waitin’ On a Woman. When you saw Andy on screen it was like seeing an old friend whether he was saying “I ‘preciate it” or “Good crackuh” for Ritz.

I remember them all because I was just a boy growing up in Southwest Virginia when Mayberry came into our consciousness in 1960. That whistle at the beginning and little Opie tossing a rock into Myers Lake became indelibly ingrained in my mind and the minds of many thousands when we turned on the old black and white and sat with our parents and dreamed that our town, wherever it was, was just like Mayberry.

How could I have thought back then that I would someday be traveling the country bringing my own brand of Mayberry to people? How could I, as a child, dream of being the opening act for a comedic actor on the level of Don Knotts who so perfectly played the role of Deputy Barney Fife? And how could I imagine that somewhere in my years of growing I would gain the experiences needed to perform before live audiences that, on occasion, would number in the thousands? I couldn’t dream of it then but I can reflect on it now.

I began to perform as an actor/entertainer when I was 19 years old. I was not a prodigy I was a person who discovered an ability given from “somewhere’s else” as Barney would say, and it fit me to a tee. I walk on stage and there is a comfort that surrounds me that I can’t describe. Some people feel shut down by the on stage experience but in my case I am opened up by it. I have chased my dream ever since the first time I walked on stage. I have worked steadily in community theatre, television commercials, comedy routines, directing stage plays and now, for the last eighteen years I have performed as the Mayberry Deputy. As the Deputy I have had the opportunity to speak for groups all over the United States and Canada. Law enforcement, safety; corporate and personal, churches, farm bureaus and countless other have filled my calendar through the years and the one overriding factor in all my presentations is the fact that when we look at the human being, flawed as it is, through the eyes of Mayberry, we find a more gentle and forgiving character, in ourselves and in others. It is incredibly daunting to step in front of an audience to portray a character that most of us feel we know personally. The character of Barney Fife stands perfectly in the minds of those who know and love The Andy Griffith Show so well. I have always called the character that I perform, The Mayberry Deputy, simply because, as a fan of TAGS, I also view Don Knotts portrayal as singular and masterful.

I first performed my character at the request of a friend who had hired The Darling Boys (The Dillards) for a bluegrass show in Blountville, TN around 1989 and I believed it would be a one and done show, but I was far from right. You see, I viewed the character as a historical character, of which I had done a few, including Abraham Lincoln and Ebenezer Scrooge from Dicken’s Christmas Carol, so I was convinced I was just doing another character, and what makes it so unbelievable to me is the fact that I would have preferred to make a living creating new characters from original works of drama, but that was not in the greater plan so neither was the one and done theory. 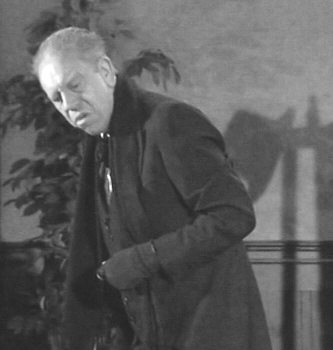 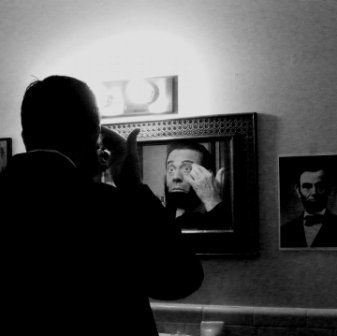 The Mayberry Deputy began to take a major position in my life and the life of my family and then, in 1991, I met Don Knotts at a Mayberry Reunion in Nashville, TN where Mr. Knotts said two very important things to me. One; that he would like for me to consider being his opening act if he came back east, and two; he encouraged me to “get out there” and do the character.

It is the experiences that we are made up of that prepare each of us for the great gift that is awaiting us in life, and I know this because I have lived it. With wide eyed interest I have always looked upon each new venture as a learning experience whether it be accepting a role on stage or the role of husband and father. Life is a laboratory, designed to let each of us create the formula that will work for us, by taking our experiences and adding a little divine intervention we, each of us, can pursue and reach our wildest dreams. It might be making a lot of money, being a champion in sports, a great singer, a preacher or so many other things, but whatever our hearts desire we can grasp it if we believe in it strongly enough and do the things that prepare us.

So, now, as I reflect on those people, probably in the late 1950’s, sitting in a room conceiving the format for a rural comedy television show, I am more than grateful. I believe that, without knowing it, they created something that has helped someone in a desperate situation, or someone having to deal with a child or an adult behaving like a child, and in those situations we often find a rule or passage from TAGS that fits perfectly and helps to ease the situation. They gave us something that endures, not unlike the memories of lost loved ones or friends from long past, and so, continues to comfort us. So, thank you, Andy, Danny, Sheldon, Don, Jim, George, Ron, Francis, Betty, Anita, Hal, Howard, Howie and the hundreds of others who brought us the town of Mayberry. May it forever own a place in our hearts.

I close each of my performances with this poem and I wish to share it with you today:

NOW, WHEN THE EVENIN’ SHADES HAS FALLEN

AT THE END OF THE DAY

AN I’M JES SITTEN AROUND

PASSIN’ THE TIME AWAY

THERE’S A THOUGHT THAT COMES TO CHEER ME

FOR CROSSIN PATHS WITH YOU

NOW, I NEVER HAD THE HABIT

OF SPILLIN A LOT O’ BLUFF

UP AN TELL ‘EM NOW INSTEAD

ABOUT ‘EM WHEN THERE DEAD

SO I’M SENDIN YOU THIS MESSAGE

JUST BECAUSE I WANT TO SAY

THAT, I’M GLAD THE LORD ARRAINGED IT

SO THAT YOU COULD PASS MY WAY

JES TO SEE YOUR FACE AND HEAR YOU

MADE MY SKY A SHADE MORE BLUE

SINCE CROSSIN’ PATHS WITH YOU 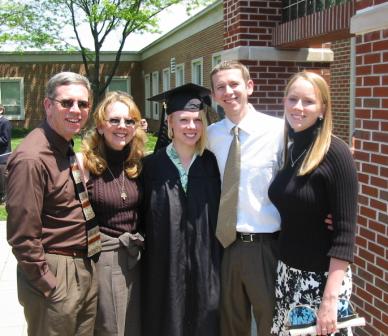 David Browning as himself, and family

* Those of you who attended the first Writers’ Police Academy held in N.C. will remember Checkpoint Chickie (The Mayberry Deputy) announcing, via video, the name of winner of the novel contest.

Thanks, Deputy, for your support and all that you do to keep Mayberry alive in our hearts!