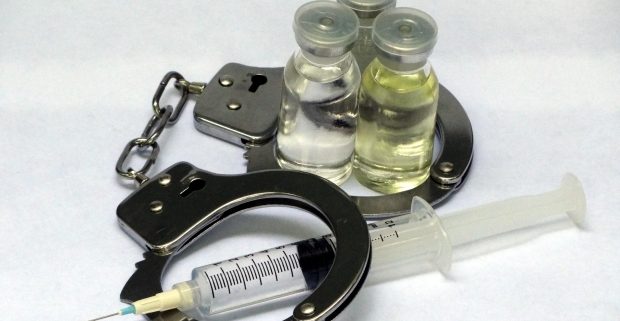 The death penalty has long been a subject of controversy. Some of those against it argue that it’s not our place to take the life of another human, no matter how heinous the crime. Others say the process amounts to cruelty akin to torture. And, there’s the claim that innocent men and women could be executed, especially when taking into account the number of people released from death row—160—after evidence proved their innocence.

Not long ago, condemned inmate Clayton Lockett was strapped to a gurney and subsequently administered the drugs that were supposed to kill him, in a humane manner—the first drug should sort of put the inmate to sleep while the others that follow end his/her life. Well, what followed the introduction of medications was evidence of all that could go wrong during an execution. Lockett gasped, wheezed, writhed, breathed heavily, and lifted his head. Remember, the process is supposed to be humane, right?

In 1994, I witnessed the execution of Timothy W. Spencer, the serial killer nicknamed The Southside Strangler. Spencer was put to death via the electric chair. I was told ahead of time by prison officials that the process was a totally nonviolent and extremely humane way “to go.” Well, it wasn’t. Not even close.

After Spencer was strapped to the chair by the “death squad,” who also attached the electrical leads, one to his head and the other to a leg, he was hit by two jolts of electricity. The first caused Spencer’s body to swell and lurch forward against the restraints. Had he not been tightly fastened to the oak chair, I’m almost certain the strong electrical shock would have propelled his body forward and then down to the concrete floor where he’d have flopped about like a fish out of water. 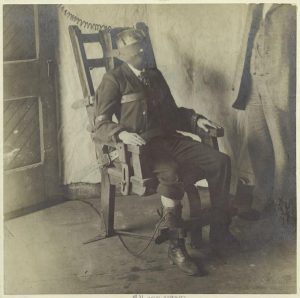 The second surge of electrical current was the one that left an impression in my mind, even after all these years. In fact, it left a permanent etch in my senses—taste, smell, sight, and sound. Again, his body swelled, but this time smoke began to rise from Spencer’s head and leg. A sound similar to bacon frying could be heard over the hum of the electricity. Fluids rushed from behind the leather mask covering his face. The unmistakable pungent odor of burning flesh filled the room.

After a wait of five minutes, the prison doctor placed his stethoscope against Spencer’s chest, and then said, “Warden, this man has expired.” By the way, the wait time was to allow the body time to cool off enough so the doctor wouldn’t burn himself.

Maybe it’s just me, but that process—death by electric chair—was far more troubling than to see someone moan, writhe, and breathe heavy. Still, suffering is suffering, no matter the form.

Going back to the number of people released from death row after their innocence had been proven … is it possible that prison officials have killed innocent people? Sure it is, and the post conviction proceedings to prove one’s innocence is a massive uphill battle. But Ray Krone and his attorneys did just that … after Ray served 10 years on death row for a crime he didn’t commit.

Actually, according to Witness To Innocence, the average amount of time an exonerated death row survivor spends behind bars is approximately 10 years. What about the prisoners who were executed during those 10 years? How many of them were killed while the real killers live among us?

Okay, I strayed a bit, but I can’t help but think about Ray and his story each time an inmate is executed.

The so-called botched execution of Clayton Lockett brought the death penalty back into the spotlight. President Obama asked his attorney general to look into the matter of Lockett’s execution, and others. He called Lockett’s execution “troubling,” and he expressed concern that death penalty sentences may be racially biased and that those sentences may be unevenly applied. Let’s have a look at the stats.

According to the Death Penalty Information Center:

– 55.8% of prisoners executed were white

Currently, there are 2843 inmates on death row.

So why does the U.S. execute murderers? 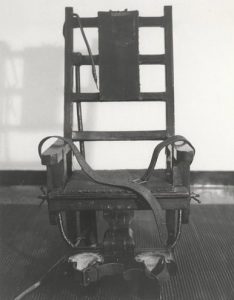 Does the threat of execution prevent people from committing murder? Does it stop serial killers from doing what they do? Or, do we execute merely as a form of Lex Talionis, an eye for an eye, a tooth for a tooth.

Well, according to a survey of Midwest presidents of the country’s top academic criminological societies, 88% of the experts polled rejected the idea that the death penalty acts as a deterrent to murder. (Radelet & Lacock, 2009)

You tell me, is it time to stop executing killers? Or, are we not killing them fast enough?

Do you care that a certain amount of suffering sometimes takes place during lethal injections and electrocutions? Is it worth the risk of killing an innocent person, like Ray Krone, to give the population some sort of satisfaction and/or closure?

Could you “pull the switch”, knowing there’s a possibility that the person in “the chair” is innocent?

Jerry Givens, a former executioner for the Commonwealth of Virginia—the man who executed the death row inmate I saw put to death—best put this subject into perspective when he said, “If I execute an innocent person, I’m no better than the people on death row.” 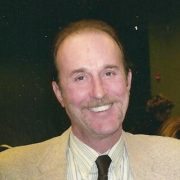 Ray Krone: Innocent of Murder But Sent to Death Row, and He’s Here Today to Tell All! 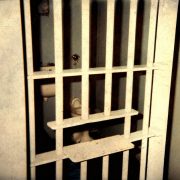 A Little Dab’ll Do Ya’: When Inaccurate Testimony Sends Innocent People to Prison 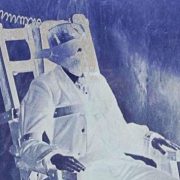 I Looked Into the Eyes of a Serial Killer, and Then Watched Him Die
5 replies