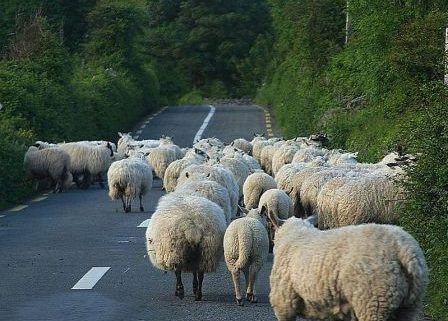 I’ve been wondering exactly when the big transformation took place. You know, when the police became the bad guys and the bad guys became heroes.

Apparently, the switch happened one night while I was in my bed sleeping. Never saw it coming. Totally unexpected. Yep, one minute we’re all truly appreciative of the police and the dangerous job they do, protecting us from the evils of the world, and the next minute thousands of people had been transformed into “sheeple,” believing and following whatever wacko conspiracy theory passes their way. Nope, never saw it coming. And the false flag conspiracy theories are definitely coming, one after another after another after another. And it doesn’t matter what happens in the world, the theorists have a way to tie it to the police, the government, to Obama, to Bush, to anyone and everyone except the people who actually did the deed. In their minds, the police are always, without fail, wrong, or guilty of some huge, elaborate cover-up scheme that even Tim Burton or Stephen King couldn’t dream up in their wildest dreams and nightmares.

The conspiracy theorists have even gone so far as to accuse the U.S. government of fabricating and unleashing the recent devastating tornado in Moore, Oklahoma. They’ve also accused the state of Connecticut of attempting to pass legislature that would cover up the real truth about the Sandy Hook shootings. Many have claimed the entire incident was backed by the U.S government as means to take away firearms from private citizens.

Then there were the Boston bombing suspects, the Tsarnaev brothers. These two terrorists killed and maimed hundreds of people, yet many people in the U.S. are saying they are innocent of the crimes, and that the elder brother was murdered by the police as an attempt to instill fear so they can take away guns and move the country toward a police state. A Facebook page dedicated to the younger brother states the two men were set up by the U.S government. They were paid actors who were to take part in a government-backed emergency drill. The site makes the claim that the two were given backpacks containing fake bombs, but were forced to flee the scene when the bombs detonated. The “free Jahar” site has over 8,000 followers. And let’s not forget the “he’s too pretty to be guilty” fans of the younger terrorist.

Law enforcement is also taking a big hit from the theorists. No matter the situation, the police are always at fault, with theorists accusing them of staging crime after crime in order to frame innocent people, or in some cases, murder innocent people.

Just yesterday, local, state, and federal officers were at a private home in Florida, conducting an interview with an associate of the elder Tsarneav brother, when the man, a mixed martial arts pro, attacked and stabbed one of the FBI agents. Officers then shot and killed the suspect. Well, the internet is buzzing off the scale today with all sorts of conspiracy theories and accusations about police misconduct. For example:

– totally a set up. The FBI agent cut himself with a knife to give him an excuse to kill the man

Well, the list is quite long, but most comments are similar in nature. Moving on to the next headline. Two men brutally attacked and butchered a British soldier in the streets of London yesterday. One of the men admitted to the murder on camera, while holding a large knife and meat cleaver in his bloody hands. Theorists have already claimed the British government was behind the attack.

The Aurora theater shootings – Yes, they claim the government was behind James Holmes’ shooting spree. Another attempt to take away guns from private citizens.

There’s just no end to the theories. And there’s no end to cop-bashing. In fact, it seemingly gets worse each day, with some media fueling the fires. Don’t believe it? Well, mosey on over to Alex Jones’ website, Infowars and you’ll get a big ole belly full of conspiracy theories.

I read a really nice article yesterday on the website Poe’s Deadly Daughters, where author Sandra Parshall discusses how writers may be contributing to the cop-bashing atmosphere. Parshall often writes thought-provoking articles and I think this is one of her best. Of course, I may be a bit biased since this one is about and sort of leans toward the defense of police officers.

In the article, the author talks about how many writers of various genres tend to portray the police as bumbling idiots, incompetent investigators, and law-breaking psychotic rebels who never follow rules. Parshall also correctly points out that writing cops in this fashion has become the norm across the board, which also makes the characters quite predictable, and predictable writing translates into a boring read. Readers are tiring of boring books written by authors who use the same tired cliche’s book after book after book, especially when many other writers are also using identical tired and predictable out of control cop characters and plots in their books.

The same can be said about claiming a conspiracy theory behind every single thing that happens in the world. We’ve almost reached the “boy who cried wolf” stage, where no one will believe anything, even when it’s the truth. 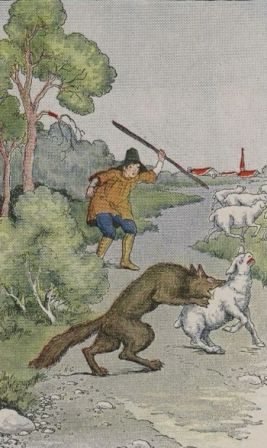 Next thing you know, the government will be claiming to have sent a man, or woman, to Mars. Yeah, right. We all know that whole moon walk thing took place in a Hollywood studio next to the grassy knoll set. Two buildings over from where the RFK and MLK assassinations were filmed.