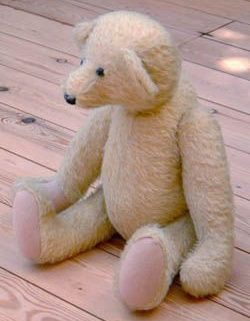 Kids. So innocent. So loving. And so…well, I believe the Oak Ridge Boys say it best with these few simple words:

When you look down in those trusting eyes

That look to you, you realize

There’s a love that you can’t buy

The ugly truth of the matter is that every day children all over the world are abducted, abused, battered, beaten, raped, and killed. Unfortunately, the dishonor and shame associated with abuse at the hand of a loved one is often so great that victims have a tendency to not report the crimes. As a result, many, if not most, crimes against children remain hidden from public view, and from the eyes of law enforcement officials (only 12% of child abuse cases are reported).

Here’s an indication of just how bad the problem really is. Hold on, because it isn’t pretty.

– A little over half of ALL children (530 per 1,000) have experienced a physical assault. Of those children, the highest number of assaults occurred on children between 6 and 12 years of age. 323 per 1,000 are sexually assaulted, and 22 per 1,000 are victims of complete rape.

– The most common age when sexual abuse occurs is between 8 and 12.

– More than 90% of all sexual abuse victims know their attacker. Nearly 50% of the perpetrators live within the same household.

– The U.S. has the highest number of rapes in the world (among the countries that report statistics).

– 74% of all abducted children are murdered within three hours of the kidnapping.

– The average child molester will molest 50 girls before being caught.

– Molesters who target boys will molest 150 victims before being caught. Additionally, he will commit at least 280 sexual crimes during his lifetime.

– Most sexual abuse occurs between the age of 7 and 13.

– Most offenders who assault children are white.

– 2/3 of all offenders who assault children were or had been married, and were more likely to have been victims of child abuse.

So there you have it, the ugly truth that no one wants to talk about.

Why don’t you take a moment to do something nice for your kids today, starting with a hug.

* As always, I thank the Oak Ridge Boys for all they do.

*I’ll be traveling for the next several days, therefore my responses to messages may be delayed. Actually, the entire Writers’ Police Academy staff is on the road at the moment. We’re on separate missions in different locations throughout the country, but we’ll soon be back at our desks working on last minute details for what is going to be the the most exciting weekend of your life (unless you’re an astronaut or one of the Flying Wallendas).