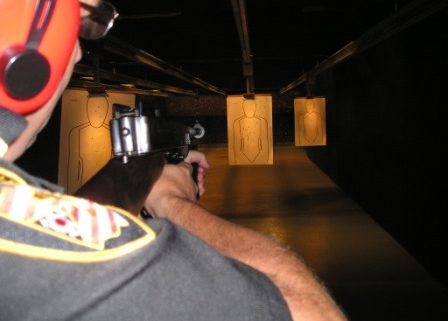 Every hunter has experienced it—waiting patiently in extreme temperatures and consitions, joints stiff and sore from sitting motionless among the trees for so, so long. Then, like their counterparts on the island of Gwark who, out of the corner of their eyes, finally see it coming at a pace fit for a race. Why yes, there it is, the elusive, reclusive Fizza-ma-wizza-ma-dill, and it just topped Bill’s Hill.

So with hands steady and gun at ready, the hunter fires. Boom! But the creature scurries off into the jungle without even the slightest of bungles. And much to his dismay, all the poor hunter sees is the part of the Fizza-ma-wizza-ma-dill that generally last sees the light of day.

The hunter missed his target. But why did his shot go so far astray?

Well, in defense of the hunter, shooting a moving target is extremely difficult. And, for example, during a police shootout with a bad guy, it’s even more difficult to fire an accurate shot when the target is shooting back.

As a firearms instructor at the police academy I often taught combat shooting to officers, and part of that training included having the officers locate and aim for a target within their target. I know, that sounds a little odd, but all it means is to pinpoint a tiny spot on the intended target, and that’s the spot you want to hit when the trigger is pulled. Not just the body of the attacker who’s charging at you with a gun in each hand. This technique doesn’t mean the shooter will actually hit such a tiny spot, but it helps to narrow the focus which helps the officer make a far more accurate shot.

Think of the football quarterback who practices throwing a ball through the center of a tire. His overall target is the tire, but he wants to deliver the ball to the center of the tire/target. He does this for hours and hours, perfecting his technique, so that when he gets on the field he’ll be able to transfer that pinpoint accuracy to a receiver’s hands. Same principle when practicing the “target-on-target” combat shooting method.

The next trick to combat shooting is teaching the shooters to fire their weapons the moment their support hand comes in contact with their gun hand. It’s at this moment when the eyes should have already found their target on the target (a mustard stain on the bad guy’s shirt, a button, a logo, etc.). There should be absolutely no hesitation at this point. When the hands come together the trigger should be pulled. If the officers takes a fraction of a second to think, try to find the sights, glance to the side, etc., the shot will most likely be off target. It’s that simple.

My fellow instructors and I used to practice by shooting the thumbtacks that held our targets in place. Our peers used to tease us, saying we were obsessed with shooting. Some even equated us with… 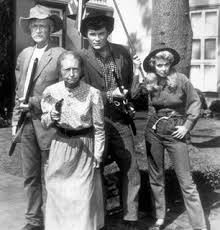 But all the shooting must have paid off. I’m still here after an intense shootout with a bank robber.

It takes practice to become proficient with firearms. And, just like a basketball player practices free throws, so should police officers practice shooting their weapons. The big difference in the two (other than the pay) is that an officer’s life may come down to a single pull of the trigger.

Video Tip of the Day: Red Blood Cells and DNA
Scroll to top