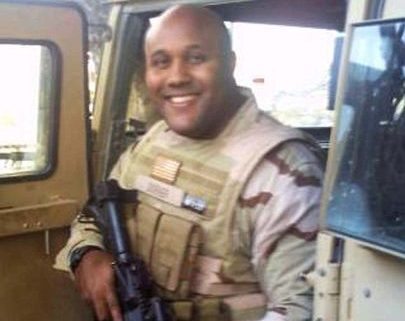 The rapid staccato sound of gunfire was reminiscent of similar sounds accompanying film clips of the Vietnam war. Only this war unfolded on U.S. soil near Big Bear Lake, California. The shooters—police officers and a man believed to be former LAPD officer/fugitive Christopher Dorner.

You all know Dorner’s story, a tale where he described himself as a victim of the LAPD’s racist good ‘ol boy system. So I won’t go into those details. Instead, I want to focus on Dorner the murderer of innocent citizens and police officers. Dorner, a man angry at his former department, and, apparently anyone in law enforcement who didn’t let him have his way. A cold-blooded murderer of the worst kind.

And then there’s Christopher Dorner, a man many are calling …a hero. Someone who stood up to the LAPD and his superiors. A hero because he didn’t back down, taking his personal war straight to the enemy, facing them head-on, using guns and ammunition to murder his opponent(s). Dorner, a man who crept up on an innocent man and woman, murdering them in cold blood simply because the woman’s father represented Dorner in the proceedings that cost him his badge. Yeah, that’s a hero all right.

Back to the people who praise Dorner and his spree of murders. A quick search on the internet will lead you to Facebook pages in his honor, featuring comments of praise and encouragement. Urging him to kill more police officers. Comments such as:

“This guy is a HERO, someone to stand up against un-constitutional cops and to stop Tryanny. GOD SPEED DORNER!”

“…chris from me, take out as many as you can cause they have no plans on hearing your case, God Bless you brother, Do your thing son.”

“…If you Support the man’s Movement then good for you …”

“Mr Dorner I hope u see that as far as most of the citizens are concerned your name has been cleared. My only hope is that u flee the country and find a place to regain a life and live happily. It’ll b sad to see u die they’re not worth your life.”

“You shot a cop you do it again with out getting cought and i will tip my simbaro to you.”

“Very pathetic police force we have in the USA. Disarm these pathetic pigs now.”

“All police precincts are KKK organizations. I hope he gets away with it.”

These comments are just a few of the thousands out there praising Dorner for killing police officers and anyone else who stands in his way. Many of the comments indicate the poster’s joy at the notion of police officers dying. Many express their own desire to have enough courage to kill a few officers.

I ask you, after seeing these comments, is there any solid reason to wonder why police officers are wary when approached by people they don’t know, especially during violent and/or confrontational situations?

Well, Christopher Dorner just may have met his end yesterday in that burning cabin on the side of the snow-covered mountain. Personally, I can only hope the charred body that was found inside is positively identified as Dorner. Besides, life in prison for him would have been grand. Many of his fellow thugs and killers would have seen him as a true hero for killing cops, and they would have catered to his every whim. He’d have had inmates cooking meals for him, cleaning his cell, washing his clothes, shining his shoes, and tending to his other “needs.”

I’m not a big fan of the death penalty, and it is normally my preference to see most killers sentenced to life in prison without parole. I say so because I believe life in prison is far worse than execution, which is a peaceful ending for someone who caused so much pain and grief to others.

As for Dorner, however, I say good riddance to someone who was nothing more than a murdering coward.

My thoughts and prayers are with the families of the victims in this case.

SouthLand: Bats And Hats – A Review
Scroll to top