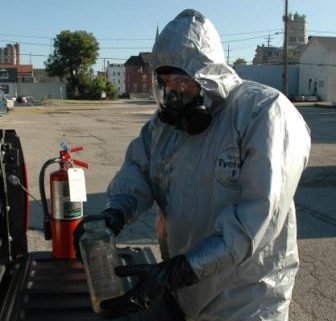 The dangers for children living in a home where methamphetamine is manufactured are many, and they’re not all related to the finished product. Sure, small children could easily ingest the stuff, and you’ve all heard about the danger of fire and explosion. But have you considered … 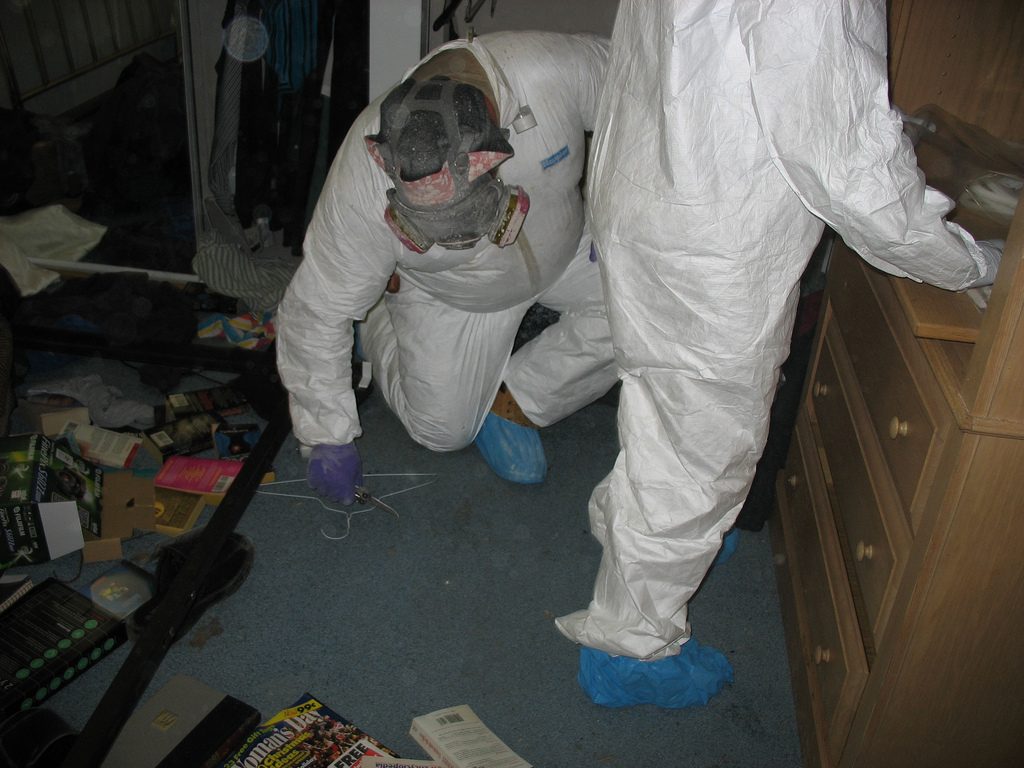 1. Methamphetamine is made from a concoction of chemicals and other material that makes you scratch your head wondering why a person would want to put this stuff into their bodies. For example—muriatic acid (the stuff used to clean swimming pool and freshly laid brick walls), ammonia, methanol, ether, benzene, methylene chloride, trichloroethane, toluene, anhydrous ammonia, red phosphorous, and iodine.

Not only are the kids who live in these environments exposed to the immediate effects of harsh and toxic chemicals, they also must endure long-lasting and lingering effects because things like carpeting and draperies absorb vaporized chemicals. And let’s not forget other familiar items that may absorb the fumes, such as baby bottles and nipples, and clothing. The list is long.

3. Children living in “meth homes” are normally at a severe risk of abuse and neglect due to parents who use methamphetamine, a drug that often makes its users extremely violent—irritable and careless at the lower end of the spectrum. Parents (users) often fall asleep for many hours or days after binging on meth, leaving small children to care for themselves. In fact, small children often end up caring for the addict/parent.

4. At some in-home meth labs, the “cook” often dumps the toxic byproducts into the plumbing drains, contaminating the entire waste system, including sinks and toilets. Therefore, children are in constant contact with not only the active chemicals, they are also exposed to the byproducts, which are just as deadly.

5. Meth chemicals are often stored in 2-liter soft drink bottles, which small kids easily mistake for the product they associate with those type bottles—colas, etc.

7. Small children have often been found with meth powder on their clothing and bare feet. 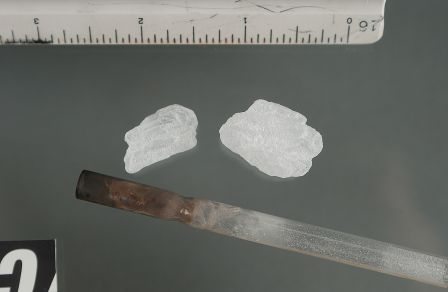 Meth and pipe (DEA photo – thanks again to my friends at the Drug Enforcement Agency for the use of their photos in my book on police procedure).

8. The risk of fire and explosion is great. In fact, a substantial number (15% or so) of meth labs are discovered due to fire and/or explosion. The ingredients used to make methamphetamine are highly volatile and can be set off simply by accidentally mixing incompatible chemicals. Of course, manufacturing explosive/flammable material in a mobile home where the chemicals are stored next to stoves, ovens, and heat sources is never a good idea.

Other than the obvious physical health issues, children in meth homes are also prone to:

a) attachment disorders when parents fail to care for their most basic needs.

The consequences of living in a meth home are not limited to short term effects. Some deep-rooted and lasting effects after exposure to their parents behavior places the child at a greater risk of they too becoming involved in criminal activity, drug use and addiction, and violence.

It is important to note that normal cleaning (scrubbing, dusting, and mopping WILL NOT remove all of the chemical residue from surfaces in meth labs/homes. Residues have been found even on eating utensils and dishes after what was thought to be a thorough cleaning. 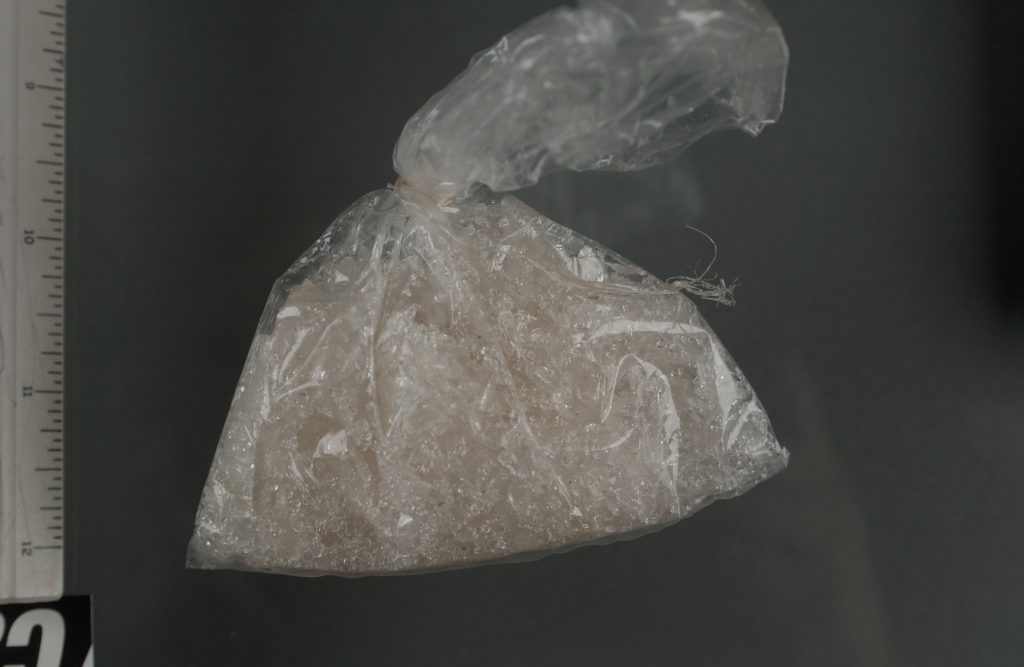 Exposure to methamphetamine can result in:

Methamphetamine, although highly addictive and dangerous, is a Schedule II drug. Interestingly, it is classed lower than marijuana, a Schedule I drug, meaning the federal government sees it as having no medicinal value.

And, speaking of the DEA, here’s an oldie … 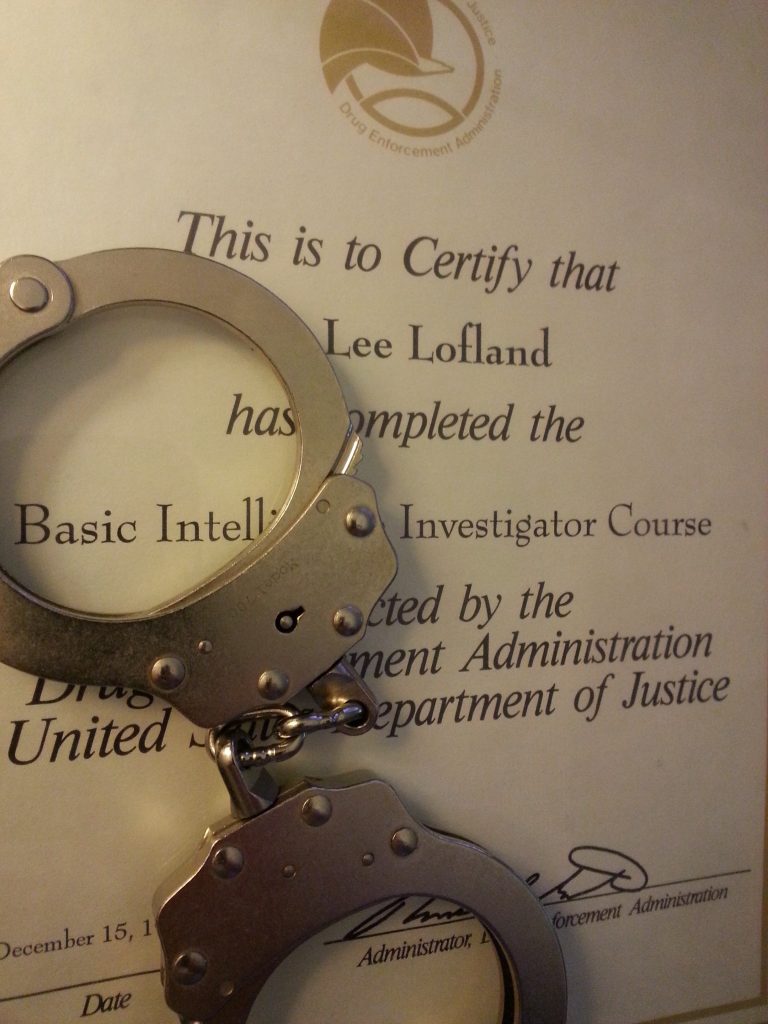 10 Things Cops Should Do, and 10 They Shouldn’t
Scroll to top