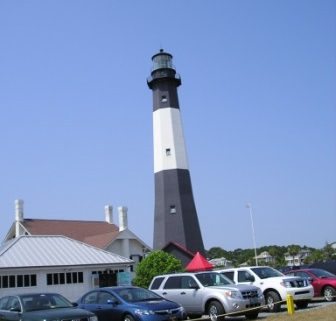 Tybee Island, Georgia is a sleepy, laid-back beach town a few minutes down Highway 80 just outside Savannah. The area is beautiful, with sparkling white sand beaches and blue ocean views as far as the eye can see.

The locals love their island, and they should. It’s truly a slice of heaven on earth.

Tybee is home to less than 4,000 year-round residents, with 10,000 tourists descending like hordes of swarming insects to the beachfront hotels and rental cottages during the holidays.

Fun is what a beach town is all about, and Tybee Island is no different than any other seaside tourist destination. The islanders enjoy events such as the annual Pirate Festival and the somewhat rowdy Beach Bum Parade. And the latter is where this Taser Tale began.

It was the afternoon of May 21, shortly after the parade, when 18-year-old Clifford Grevemberg and his older brother, Dario Mariani, walked to the Rock House, a local restaurant. The elder brother went inside while Clifford remained outside. He sat down on the concrete curbing and rested his head in his arms and waited for his brother to return.

Clifford is a person with special needs. He’s autistic, and he suffers from a heart condition.

Grevemberg says that officers approached him, claiming he was intoxicated. They then proceeded to arrest the youth for disorderly conduct. During the restraint and detention Grevemberg was Tasered, twice. He was also forced to the sidewalk which resulted in a broken front tooth and several scrapes and bruises on his face and legs. He also suffered puncture wounds and burns from the Taser probes.

The arresting officers reported that Grevemberg was combative and resisted arrest.

* Note – It’s easy to judge the actions of the officers based on reports from the victim’s viewpoint. We’ve not seen the officer’s statements, nor have we viewed the Taser videos (the devices recorded the incident at the moment of deployment), but GBI reports indicate the officers properly deployed the Tasers, which exonerates them of any wrongdoing for that particular part of the arrest. We weren’t there so there’s no way for us to form an opinion.

The other troubles that occurred…well, I believe they’re already headed toward civil action. Michael Cudlitz, star of TNT’s smash hit Southland, and of the HBO mini-series Band of Brothers, will be attending the WPA as our special guest! So please do make plans to join us and meet this superstar of the best cop drama on TV.

A picture may be worth more than a thousand words like a saved life.

We plan on taking an aggressive marketing program to put our Amber Alert, Road and Weather Alerting patented kiosks at Rest Stop areas across the country. FACTS: Kidnappers usually take their kidnapped children on highways. They stop at rest stops. They have been seen at rest stops and actually saved at rest stops. The pictures with details are far more effective then just scrolling copy on a highway sign at 65 miles an hour.

You can vote to help us. Vote once a day…. please.