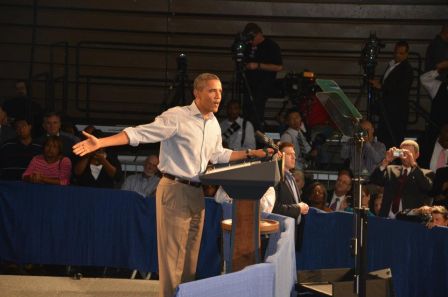 President Barack Obama stopped by a Virginia high school this week to promote his jobs bill, a bill that promises to provide federal money to help protect the jobs of teachers, firefighters, and police officers. 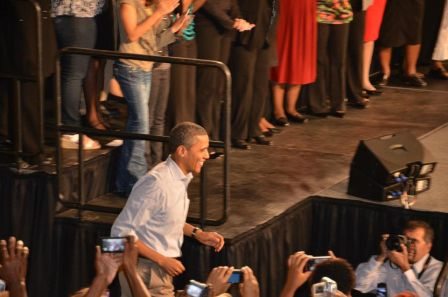 President Obama addressed a large crowd of supporters in the small town of just over 5,500 residents. If the packed gymnasium was any indication…well, it looked like all 5,500 were in attendance. 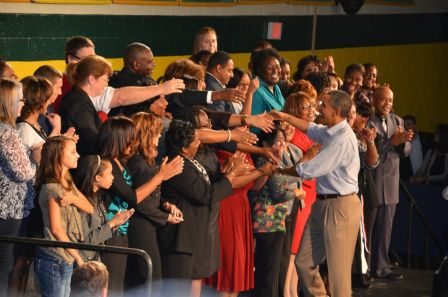 Those lucky enough to receive a ticket to the event waited in line for just over two hours before being allowed inside. The line, by the way, stretched for a couple of blocks. 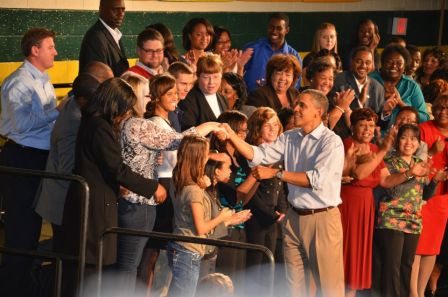 Residents reported the town’s cellphone and internet service was interrupted during the president’s brief visit. 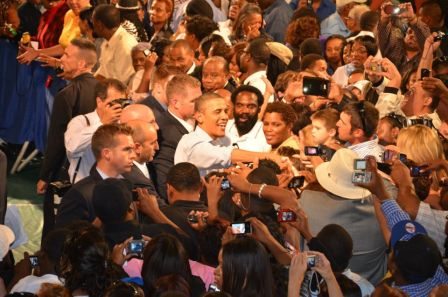 Townspeople lined the main street hoping to see the president’s motorcade, but the caravan took an alternate route. 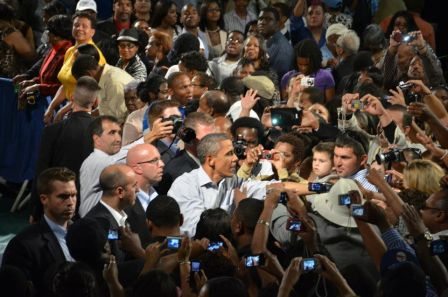 Prior to arriving in Virgina, President Obama delivered a similar address to educators at Guilford Technical Community College (GTCC) in Jamestown, N.C. 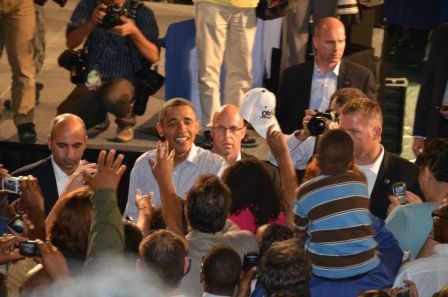 *The posting of these photos and text is not an indication of The Graveyard Shift’s support, or lack of support, for President Obama and/or his policies.