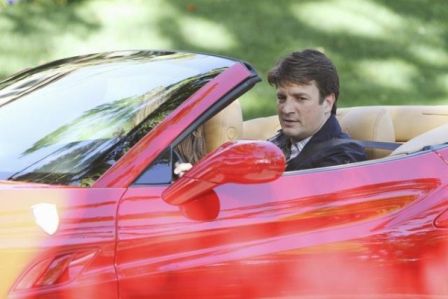 Was it worth the wait? Was this episode all the network promised? Did the magic of California bring Castle and Beckett together (you know what I mean)? Well, let’s see what Melanie has to say about the lovey-dovey stuff before I get into the legality of cops shooting unarmed people in the back. Take it away, Melanie…

With the long wait between original episodes, this one was hyped to within an inch of its life. Fans have been going crazy with speculation, especially after sneak peeks were released last week. I have to admit that I was anticipating more closeness between Beckett and Castle… nothing exactly earth shaking, but more than the rushed parts they gave us.

I know Lee wasn’t pleased with Beckett’s actions out of her own jurisdiction, and that part of the show didn’t thrill me either. I was more into the relationship aspects, though.

The major points that jumped out at me were:

• Rick was concerned about Kate’s reaction to Royce’s death.

• He booked a seat on the same flight with her to L.A. when she decided to go rogue, upgraded her to first class, and convinced her to stay in the suite he’d booked downtown.

• He provided her with a cover story, i.e. the Nikki Heat movie.

• The scene in the suite when the two of them had eye sex right there on the couch, and then Kate jumped and ran. That sneak peek killed me, because it stopped when Kate opened the door. So much speculation — then Rick wasn’t there when she came back out. Grrr! Still, she did make open the door. Amazing. 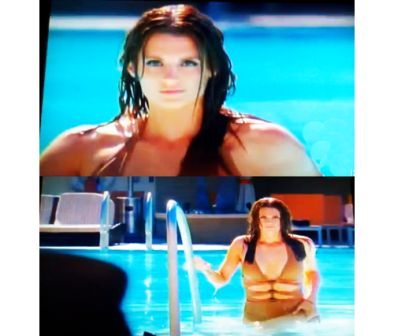 • Kate donned a swimsuit to lure their prey, a man named Ganz, to her side at his hotel pool, and ended up knocking Rick for a loop, too. The look on his face when she came out of the pool was priceless. I wanted to hand him a napkin to wipe off the drool.

• Kate poked him because he’d put himself in Ganz’s line of sight and caused her to rush her story… but then told him “I want to kiss you” when she found out he’d taken a picture of the list of Ganz’s recent calls. Rick looked as if he were ready to take her up on it.

• Royce’s letter to Kate. To me, this was the best part — when her mentor speaks from the grave, telling her: “And now for the hard part, kid. It’s clear that you and Castle have something real, and you’re fighting it. But trust me… putting the job ahead of your heart is a mistake. Risking our hearts is why we’re alive. The last thing you want is to look back on your life and wonder if only…” And then she turned her gaze on Rick as he slept.

Their relationship is moving forward, one baby step at a time. I liked that part, although I was kind of disappointed in the episode as a whole. Too much case, not enough great moments like the one on the couch with Rick and Kate. Just sayin’. Bring on the romance, please! 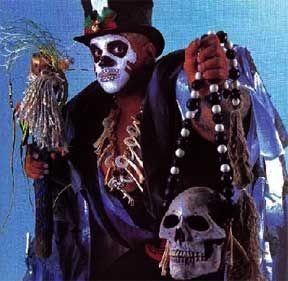 And I can be brief since most of this was filmed in LA., or should I say La-La Land, which is apparently where Lanie thought she was during the filming of the show. Yep, there was plenty of great Lanie nonsense (Lanie pictured above in her full M.E. attire) floating around the TV screen last night.

My favorite Lanie line of the week – “He was shot in the leg. Judging from the blood trail it must’ve broken the bone.” Gee, Lanie, I wish I’d known that broken leg bone blood was different than blood in other parts of the body, and in non-broken legs. Give me a “break!”

The whole “cop going rogue” thing is something you see in a lot of books, and now Beckett has done the same. Well, in reality (I know, this show is fiction) that sort of thing doesn’t happen. BUT, cops go to other jurisdictions all the time, and they do so as part of their investigations. They can visit with people, ask them questions, etc., just like they do back in their own territory. What they can’t do is legally arrest someone, because their police powers don’t travel with them, unless they’re federal officers. Officers normally check in with the locals to let them know they’re in town working on a case. And, the locals normally tag along because they know the area, the people, and for safety. Besides, it’s cop courtesy to let the local department know you’re out there poking around.

Of course, Beckett carried things to the extreme when she broke into someone’s house (she travels with lock picks?) and refused to play nice with the LAPD detective. In L.A., Beckett was merely a private citizen who could have been arrested for the B&E. But, that’s where more cop courtesy came into play. And, yes, the LA detective had every right and reason to call Beckett’s boss.

The only other tiny item I’m going to point out (Melanie covered everything nicely) is the thing about shooting a fleeing felon. The question comes up all the time, so here goes.

Can a police officer shoot a fleeing felon, even if he’s unarmed? And that’s what happened on the show last night. Beckett shot an unarmed suspect in the back as he ran away. Well, I am going to leave out the part about her being outside her jurisdiction when she shot the guy.

So, the answer to the question is a normal “law-type” answer…Yes and No.

Calibre Press summed up the two answers nicely in this article:

You cannot lawfully shoot a fleeing felon. True or False?

Surprise! The answer to this question is both true and false. You may lawfully shoot a

fleeing felon if certain conditions are met: Do you have probable cause to believe that a

felony has been committed and that the fleeing person did it? Is it a felony that involves

threat of violence to the public and/or other officers if not stopped? Was a warning given,

if practical? Did the suspect ignore or refuse to follow direction from you, if it was

Where the circumstances do not fit these conditions, you may not use deadly force to stop

a fleeing felon. The involvement of violence, threatened or actual, is key. 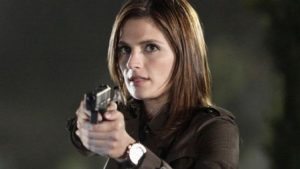 Now, were each of those conditions met last night? Maybe so, maybe no.

Could Beckett legally shoot the guy in the back as he ran away from her? Test your knowledge.

1. Did the suspect have to obey her order to stop (did she give the command to stop)? She’s not a police officer in L.A., right? Remember, she was NOT there, officially. Or was she acting as an officer since she was with the LAPD officers (even though she did NOT have permission to be there on behalf of the NYPD)?

2. Did she have actual probable cause to believe the suspect had committed a felony? If so, what was the PC?

3. Was there a continuing and actual threat of real danger to the public if she didn’t shoot him? 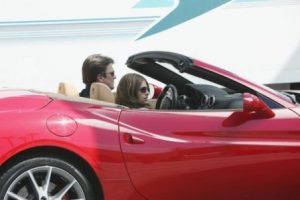 Finally, why wasn’t there some sort of investigation into Beckett shooting the suspect? Imagine what an LAPD officer would have to go through if they simply discharged a weapon, not to mention actually shooting someone. But, Beckett and crew were all smiles afterward as if it were simply another sunny California day. 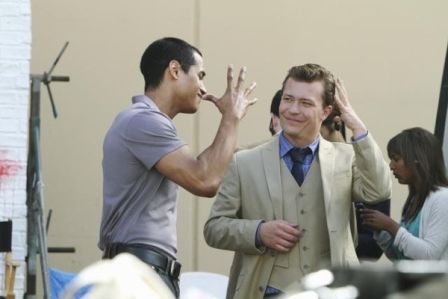 The movie version of Ryan and Esposito. Not even close…