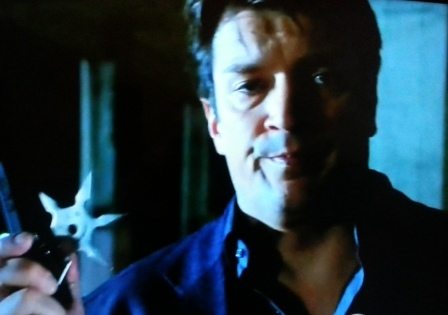 Well, it had to happen sooner or later, considering Rick Castle’s fascination with all things strange and unusual: A ninja-centric Castle episode.

The Way of the Ninja was a funny, fast-moving change of pace from last week’s angst filled drama, and I loved it. So many great lines and fun ninja fight scenes. Even had a little romance thrown in.

The show began with the brutal murder of a Japanese ballet dancer, then quickly refocused on Kate and Rick at the loft getting ready for the day. Kate turned down Rick’s suggestion they go to Lincoln Center that evening to hear some great jazz, because she’s supposed to have dinner with an old friend. Kate doesn’t seem too thrilled to be meeting her friend, so Rick offers to go along. “Definitely not,” Kate responds with a smirk. “You’re exactly her type, and the last thing I need is to watch someone from my past trying to seduce my fiancé while talking about the goddess that lives in her hoo-ha.” So funny! I laughed so hard, I had to run the DVR back to catch the next scene.

I was thrilled to see Perlmutter back, but less elated with his certainty the knife that killed the dancer had been hurled into her chest. He also claimed she died from having her left anterior descending artery severed before he’d done an autopsy. Heck, she was still at the crime scene with all her clothes on. Guess Perlmutter, like Lanie, has gone psychic. Didn’t like that part.

The ninja stealing the murder weapon out of Rick’s hand after they found the shrine had me rolling again. Classic Castle. Enter the woman from the Japanese consulate. I pegged her as the killer… and a ninja. Was I wrong? Yes, but only on one count.

While Kate went to have dinner with her old friend, Rick and the boys investigated the area surrounding the crime scene and found a Japanese hostess bar. More good, clean Castle fun, even with Rick being lured into a back room for some “private time” by one of the hostesses… to research a lead, of course. Ryan singing karaoke cracked me up again… especially when the guy dragged him off stage. Hilarious. Then the three of them got thrown out of the place, and the manager slapped a bill for $6K into Rick’s hand. I couldn’t stop laughing.

Kate’s evening with her friend didn’t turn out like she’d expected, either. Instead of her friend raving about her perfect life and inner goddess, she complained about her boring married life. This led Kate to question Rick about their life once they married. Would their relationship turn staid and boring, or would they keep romance alive? Rick suggested they put a promise to keep romance aflame in their marriage into their wedding vows. A noble idea followed up by a series of increasingly passionate kisses.

More twists and turns in the case as the show moved along had me picking a different person as the killer every five minutes. I must say I never zeroed in on the murdered girl’s sister as a member of law enforcement or Bedford as the killer and the “green dragon”, the man who had killed their parents back in Okinawa. When the sister unmasked Bedford after the epic final ninja fight, I was genuinely surprised. Although I’m betting Lee picked him right off.

Any way you look at it, The Way of the Ninja was a fun, entertaining episode. It held my attention and kept me laughing even after the show ended. Of course, Rick slinging the throwing star lodged in his phone into the captain’s office helped with that. How can Kate think life with Rick Castle would ever be boring?

I was happy to see Perlmutter this week. Well, I was glad until he opened his mouth to speak, spewing a ton of gobbledygookish nonsense. But then I realized what had actually  happened that turned my happy face into one gigantic frown. That wasn’t Perlmutter at all. Instead, I believe Lanie had someone in her one-stop-shop-we-do-it-all voodoo laboratory build a ventriloquist dummy that looked like Perlmutter. Because the real-life Perlmutter would never, not in a million years, say the stupid things that we heard the “dummy” say last night. 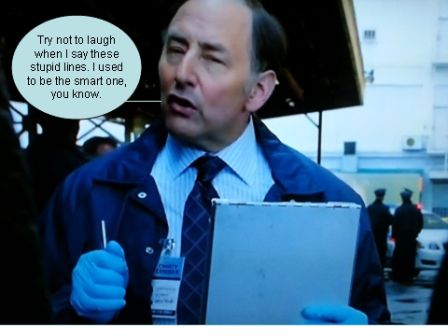 It was so bad that even the Perlmutter stand-in had a look of shame on his face when the ridiculous words fell from its wooden lips. You all know what I’m talking about, right? That nonsense about merely looking at a laceration on the victim’s chest and then magically determining that someone had “hurled” (the dummy’s word, not mine) a knife at the victim.

Even the untrained eye could certainly tell this wound (below) was caused by a knife that had been thrown by the killer, right? 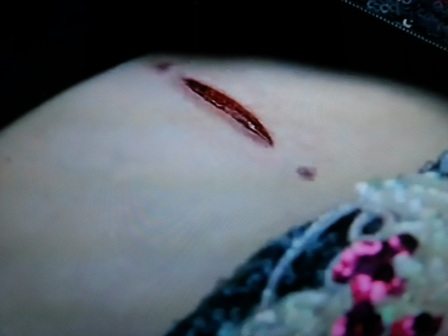 Then, to add icing to the cake, Perlmutter the Pretender went on to say that the knife severed the victim’s left anterior descending artery. 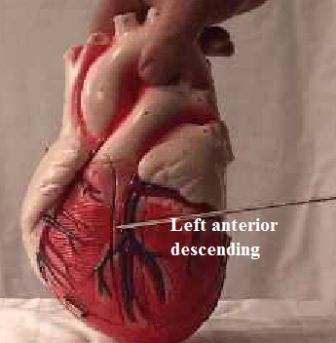 AND, the faux M.E. went as far as saying the wound caused by the flying dagger killed the victim instantly.

The best/worst part of all this crap was that “Perlmutter The Sequel” was able to “see” this devastating internal damage to the victim while the body lay fully-clothed in the street—pre-autopsy.

This one earns this week’s PUHLEEZE award.

Step right up, folks, and see the incredible, amazing Dr. Perlmutter, the medical examiner with the gift of x-ray vision. No autopsy needed, and no waiting!

I know better, though. Perlmutter II must’ve answered one of those ads in the back of comic books. For the low, low price of $1 anyone can see through human flesh.

Add another twenty-five cents and buyers can see a friend’s body beneath their clothes. As far as Beckett and the police procedure go… I think I’ll let Castle sum it up. 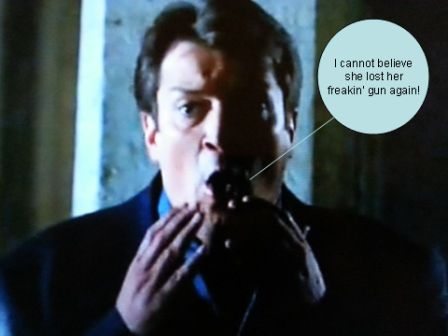 Of course, the ninja-killer was really easy to spot this week. When we first saw him he was standing, in silhouette, in front of a window. It was a great profile shot that screamed, “I’m the killer of the week!”

Overall, the show was a lot of fun. It took us back to earlier times when Castle and “the boys” were good for several laughs during the show.

But, my writer friends, please drop the pens and step away from the police procedure and M.E. material. You do not want this in your books. Well, unless you want to rid yourself of numerous fans/readers, and a whole lot of credibility.

Followon TwitterSubscribeto RSS Feed
Police K-9: A Partner Like No Other

Stand by Me: Kids and Killers
Scroll to top