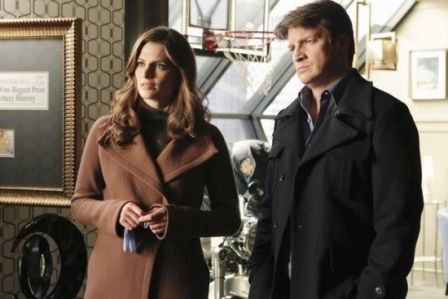 Lucky Stiff. Yep, the victim was indeed fortunate in that he didn’t have to listen to the hocus-pocus gobblety-goop uttered by Lanie Parish, the voodoo M.E. on this show. Why, oh why, won’t the writers take five extra minutes to write this stuff correctly? It’s beyond me why they’d want to make Tamala Jones look foolish when the rest of the characters are pretty believable. Even though a writer—Castle—would never be allowed to do the things he does in this show, at least what he does and says is sort of correct. Lanie, on the other hand, consistently babbles mostly nonsense. More on that in a second.

Before I get into the fantasy forensics and police stuff, I’d like to welcome author Melanie Atkins to the Castle review this week. Melanie writes romantic suspense and she’s a devoted Castle fan, so I thought it might be fun to have her review the non-cop, mushy stuff while I do what I normally do—point out the right and wrong police procedure. So, welcome Melanie, and off we go. 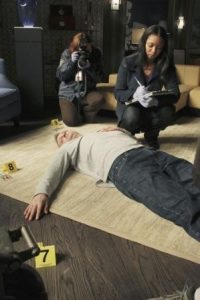 Lanie says, “Single gunshot wound to the chest. From the stippling and bruising I’d say there was a struggle.”

Well how in the world could she have seen either since the victim’s shirt was still on, covering the entire area where stippling and bruising would have been located. Of course, she could have been referring to the gunshot residue (also stippling) that could have been found on the shirt. Who knows. But she certainly could not have seen bruising near the wound site. 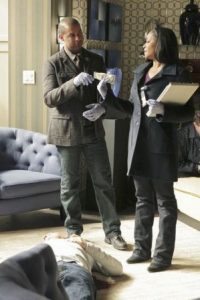 Oh, she also said the shot vaporized the victim’s heart. Good one there. All Beckett needed to do at that point was find Evil Spock and his ray gun. I’ve seen a lot of shooting victims in my day and all of them still had a heart. Sure, the old ticker may have had bullet holes in it, or even missing chunks, but it was there. And not in a gaseous state, either. 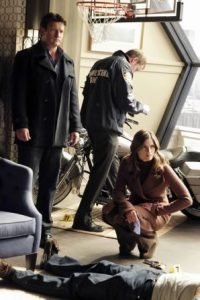 – Beckett says the gun found at the scene was too big to make the entry wound in the guy’s chest. No way she could judge that without seeing the wound. Even then it would be a guess.

– Lanie chimes in, “The victim was shot with a 9mm automatic. The bullet went straight through and the techs dug the slug out of the pool table.” So now she’s an expert on firearms and ammunition examination and comparison. And on the scene, too. That’s impressive.

No way she could offer a positive without testing in the lab, a lab in which she DOES NOT work. Lanie is a medical examiner, a pathologist who performs autopsies on the dead, not as a scientist or technician in a firearms lab. I don’t believe bullet comparison is taught in medical school.

– Even though NJ cops had already done so, Beckett tells Ryan to re-search the car driven by the murder suspect. Good practice, even within your own department. Never trust anyone else’s word when it comes to a search.

– Beckett did a decent job of plotting the timeline leading up to the death of the victim. Start with the completed puzzle (a victim) and work backwards, unraveling the clues and evidence as you go.

– Someone said the bad guy brothers were in prison serving a nickle. Decent use of slang. A nickle translates into five years.

– Beckett and group enter the studio while convict brothers are recording a rap song. The scene was okay, but I liked Castle’s impromptu rap best. 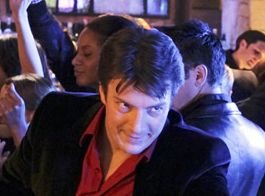 So get on the floor.”

– Beckett questions the convict brothers and one says, “You got it all wrong, shorty.” That’s another great use of prison slang. Some inmates use the word “shorty” when speaking about, or to, any female.

– Another slightly humorous use of street slang was when Esposito, when referring to a bad guy, said, “One whiff of bacon and he vanishes into thin air.” Bacon is street slang in some areas for “cop.” 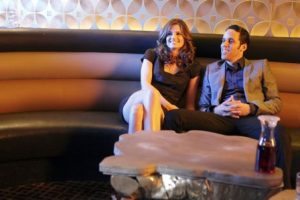 – The scene in the bar where Beckett wiggles and seductively charms her way up to Oz was a little silly. There’s no way a drug dealer, one who’s as “off the grid” as this guy, would ever make a deal that quickly to someone he didn’t know. Not even to someone who looks like Beckett. 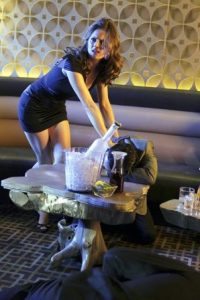 – Beckett threatened to charge Oz with possession with intent to distribute, and she threatened to get him federal time, which is much harsher with longer sentences than state time. Still, I don’t believe what I saw in his hand would have been enough cocaine to warrant a 20-year sentence. But I’d have to check the federal sentencing guidelines to be sure. I have a copy (You do to if you have a copy of my book. It’s in the back).

Castle made another funny when he referred to the charge of blowing up a car as, “Felony blowing crap up.”

So enough from me. Melanie, how’d they do in the mushy-stuff department?

Lee, thanks for inviting me to contribute to your blog. I love this show. Some people would even say I’m obsessed, but I just can’t help it. After years of searching for the perfect mix of crime and romance, I’ve finally found it – in Rick and Kate’s slow dance.

• I wasn’t surprised that neither Kate nor Rick mentioned last week’s kiss. Episodes are sometimes shot out of order, and the powers that be don’t know exactly which one will air first. So they leave stuff like that out, so they don’t have to worry so much about continuity. I would have loved a mention of it, but I have a feeling that it’ll come later. It’s obvious, though, that Kate and Rick are growing much closer.

• Case in point: Kate taking Castle’s quote to heart when he said, “Money doesn’t change who you are; it just magnifies your personality.” Later, she questions him about what he did when he got his windfall, and he says that the after letting his inner child take control for a while, he realized that what the money really gave him was freedom – freedom to write, to live the way he wants, and time to spend time with Alexis. Kate must have bought this, because much to Castle’s delight, she quotes a paraphrased version to Martha later when Castle’s mom is trying to decide what to do with the money Chet left her. 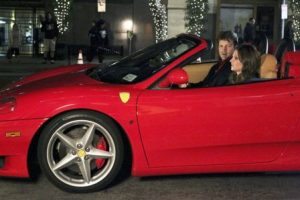 • Anyone else notice that Kate always drives? She always has to be in control – like with the Ferrari in tonight’s episode. My guess is that when they finally do get together, she’ll toss him the keys. Anybody agree with me? 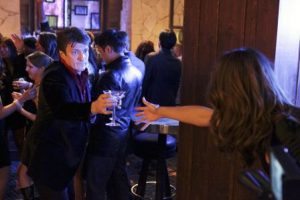 • Castle was enthralled with Kate while they were undercover at the dance club. This isn’t surprising if you’ve watched the show at all. But unlike in earlier episodes, especially in the first two seasons, he didn’t make any smart comments. He simply couldn’t take his eyes off her. This time it was Kate making the sarcastic remark, when the target of the undercover operation asked her if Castle was her boyfriend, and she said, “For now” with a roll of her eyes.

• And last but not least, after questioning Kate at every turn about what she’d do if she won the lottery, Castle finally knew when he heard Martha say the word “legacy”. Too excited to keep it to himself, he went to Kate’s apartment, invited himself in, and announced that she would do honor her mother’s legacy – such as starting a scholarship in her mother’s name. Turns out that on his way over, he’d called the professor at her mom’s old law school and asked about doing just that, and he wants to host a fundraiser to fund it. Kate’s walls are still up to some extent, so her first reaction is to mention how Rick can’t stay out of her personal life… but she can’t help but be touched. His excitement is contagious, and they sit down to plan the fundraiser.

They’re making progress, one tiny step at a time. A slow dance, as I mentioned before. I like that way. What do you think?

* You can learn more about Melanie Atkins here.

Southland: Cop Or Not – A Review
Scroll to top