Little Girl Lost is the title assigned to this week’s episode of Castle. Lost is also a fitting word to describe how I felt as I attempted to watch the snore fest that filled my TV screen from 10pm to 11pm.  The one thing that kept me awake during the show was the anticipation (dread) that came with wondering whether or not the medical examiner was going to show up. Thankfully, she did not.

The regular writers of the show must have taken this week off because the show never got out of first gear. As my man Randy Jackson from American Idol would have said, “I don’t know Dawg. I wasn’t feeling it this week. It just wasn’t good for me. A little pitchy. But you’re still cool.”

Anyway, on to the good stuff.

– Beckett made the statement, “The FBI has jurisdiction over all child kidnapping cases.” That’s not necessarily true. The FBI can, and does, have the authority to work any child kidnapping, but they don’t automatically come riding into town on a white horse to save the day. Someone (a local police department, sheriff’s office, family member, etc.) has to call them and ask them to join, assist in, or handle the case. How else would they know about it? The FBI is normally called in to assist when the kidnap victim has been transported across state lines. Why? Because they have the authority to investigate anywhere in the country. They also have a massive amount of crime-solving resources. In the Castle episode, the FBI (Fart, Barf, and Itch) special agent just magically appeared on the scene and then requested Beckett’s assistance.

– A uniformed patrol officer stood guard at the door of the kidnap victim’s home/crime scene. He told Castle he’d have to leave his coffee outside the scene. Good information. No food, drink, tobacco use, etc. should be allowed in any crime scene due to possible contamination of evidence.

– The “bedside manner” used by the FBI agent when talking to the parents of the kidnap victim was good. He showed the compassion of a trained and skilled investigator. His method was also great for coaxing details from distraught crime victims.

– Beckett said, “It’s not about what you say, it’s about controlling the situation.” That’s a great statement. Police Academy 101.

– Beckett and crew question a man they “think” may have had something to do with the kidnapping of the little girl. After hearing his statements they change their minds, but Beckett still instructed her Heckle and Jeckle sidekicks to “keep the guy on ice” until they could check out his movements during the preceding morning. 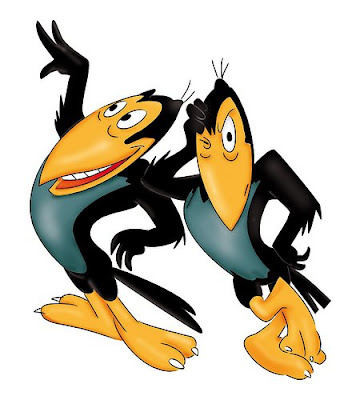 Well, Detective Beckett, the police cannot hold anyone unless they’ve placed them under arrest, in investigatory detention, or without some sort of legal paperwork from the court. In fact, they can’t even force anyone to come to police department for questioning unless the person is in custody (under arrest). If the police ask you to come down to the station to answer a few friendly questions, you have the right to say, “No thanks,” and then go about your merry way. On the other hand, if you say no thanks and you suddenly see a pair of handcuffs in the officer’s hands, your options just became extremely limited. It’s time to call your attorney.

– I know that storming into a building with badges held high while shouting the name of the person you want to speak with creates a bit of drama, but it’s also totally absurd. The idea is to actually talk to the person, not scare everyone to death. It’s also like painting a bright red bulls eye on the cop’s chest. Beckett does this every week and it’s getting a little tiresome. In this episode the suspect ran as soon as she made her grand entrance. She asked him why he ran and he replied, “In my neighborhood when you see a cop you run.” That’s a true statement for many neighborhoods. That’s why cops use a more subtle approach when trying to initiate contact with a suspect they think may flee. The technical term for that approach is something we like to call SNEAKING UP on the guy.

– Once Beckett and her Dynamic Duo finally do catch the runner they immediately handcuff him.

This was good. Of course you handcuff someone who flees. You do it for officer safety. But they also started searching his car. This was bad. They wouldn’t have been able to search the car unless the owner gave them permission to do so. Without that permission they’d have needed a search warrant.

– The surveillance conducted by Batman and Robin, I mean Beckett’s sidekicks, was awful. I won’t even begin to list the things they did wrong. It was horrible. Their actions were okay for a comedy show, but horrible realistically. In fact, they obviously didn’t have a clue what they were doing. They could learn a few things about intelligence gathering from Maxwell Smart. Next week is the last show of the season.

Have you seen this child?

On May 3, 2009, three-year-old Briant Rodriguez was kidnapped at gunpoint from his home in Southern California. If you’ve seen Briant please call the San Bernadino County California Sheriff’s Office, the California Highway Patrol, your local authorities, or your local FBI office. It’s believed that Briant’s kidnappers may be taking him to Mexico.