“Why the hell won’t you die?” ~ Crook of the week, Gwen, to intended victim du jour.

The skies are a bit dark around here today. The halls in The Graveyard Shift are quiet. There’s only one coffee mug on the conference table, and one of the only two chairs in the boardroom is empty. We call out her name, but she doesn’t answer.

Yes, the Good Cop has left the building. When I arrived at work this morning I found this note thumbtacked to the door.  I blame the writers of season 9 for this tragedy.

For the first time since Castle first aired on March 9, 2009, I did not watch the show live. I recorded it on my DVR but cannot stomach watching it yet, so I cannot critique it this morning. I’ll wait until the season ends, then possibly binge watch from this episode to the end — except for the finale. If I find out Kate dies, I will never watch that. I simply can’t do it.

The show began with the premise of a writer and his muse solving crimes: Rick Castle and Kate Beckett started out as adversaries but soon became friends, then fell in love. The show’s creators, Andrew Marlowe and Terri Edda Miller, have said many times that they set out to write “a great love story”, and they did a fabulous job of it. Rick and Kate fell in love and got married. Such a beautiful, heartfelt tale. A tale that captured the hearts of fans.

Castle fans want a happy ending. For Rick and Kate to remain happy, despite the many obstacles in their way, and have a family and then sail off into the sunset together. Always.

We now know this will never happen, and fans are heartbroken. Shame on ABC and whoever else may be responsible (some people claim Nathan Fillion is to blame, but who knows?) The show is broken beyond repair now that the powers-that-be have refused to renew Stana Katic’s contract and made clear their plan to move Rick, Alexis, Hayley, and Rick’s P.I. business to L.A. six months after Kate’s demise for season nine — complete with a new love interest for Rick. Really? No. Freaking. Way. He wouldn’t get over Kate that quickly, if ever.

I’d rather shove bamboo shoots under my fingernails than to watch this travesty. The show I have loved for eight seasons is gone, and I can’t watch it limp along to the end. I’d much rather ABC just cancel Castle and end the misery. Rebooting with a story so far from the premise is a slap in the face to fans. So I will not blog about this show anymore, although I might send Lee a note to include in weeks to come. We shall see.

Thank you so much for reading our blog all these years! We hope to find another show to critique soon, so stay tuned.

Melanie, the Good but Sad Cop

Now, this is between us. I’ve heard a rumor circulating around the “inner circle” that a group of Castle bad guys ambushed and kidnapped Melanie after overpowering her and taking away her gun. You know, like what happens to Beckett every five or six episodes. So we’re sending out a team of highly-skilled pros to try to find her and bring her back. We hope there’s been no foul play. In the meantime…

Have You Seen This Person?

Okay, we’re all professionals here, so the show must go on. starting with…Lanie.

As usual we see her checking out the dead body of the week (or so she thinks). Nothing unusual since the writers use her as an info dump to set the stage for the case. This week, instead of her typical “based on lividity” crapola, she said, “All signs point to poison—dilated pupils, bluish discoloration around the lips—that’s a giveaway. But I’ll know for sure after the autopsy.”

Well, that sounded pretty cool, right? Not so fast, Lanie.

Pupils fixed and dilated and bluish discoloration around the lips are also possible signs that someone is in serious need of medical attention, because they are in the process of dying, or they’re suffering from a serious medical issue, such as paralysis of the sphincter papillae muscle in the eye, a reaction to certain drugs, a severe blow to the head, or even a medical condition. The blueness around the lips is a sign of lack of oxygen in the blood that could be caused by pneumonia, a blood clot in the lungs, etc.

In other words, these symptoms are NOT exclusive to poisoning.

Okay, yes TTX (Tetrodotoxin) is a poison that’s found in some fish, and it is deadly, with an onset of symptoms that occur quite rapidly. But not instantly as we saw in last night’s episode. The stuff had barely touched “Safety Man’s” lips when he began tossing his cookies and falling into a brief stage of unconsciousness.

TTX symptoms typically begin within a few minutes, ten or so, after ingesting the toxin (it’s found in the liver and sex organs of some fish, such as puffer fish, toadfish, and some octopus and shellfish). However, the onset could begin 3-6 hours after consuming the poison.

And then comes the dilated pupils, coma, difficulty breathing, seizures, and death (death can occur anywhere from 20 minutes to 8 hours after consumption of the toxin).

So please, writers, do NOT use Lanie’s “poisonous information” in your next book!

*By the way, if you’d like to read more about TTX or other poisons, you might want to pick up a copy of Book of Poisons, A Guide for Writers. It, along with my book on police procedure and Doug Lyle’s Forensics book, are in the Writer’s Digest Howdunit series. 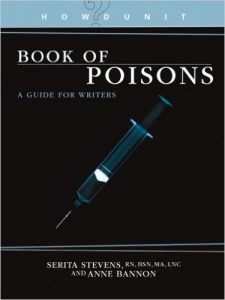 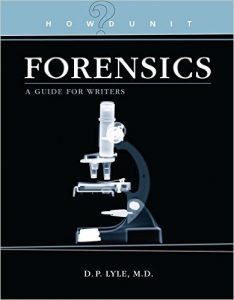 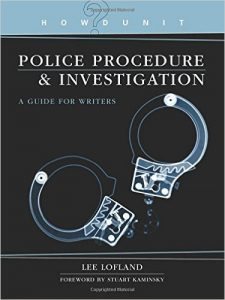 Next, Lividity Lanie has a conversation with the ER doctor who’s quick to point out Lanie’s Voodooish mistakes when pronouncing a man dead who was, in fact, very much alive. The doctor asked if lividity and/or rigor were present. Lanie responded with, “No rigor or lividity because he’d been dead less than an hour.” Well, wasn’t it Lanie who, for eight long years and time after time after time (incorrectly) used lividity as the sole determining factor for time of death? Yet, she she finds none this one time? This time she was right, but…GRRR….

Let’s move on to Beckett, a police captain who used to be as tough as thirty-year-old shoe leather and as clever as a combination of Holmes and Einstein. However, she’s now a bumbling idiot who can barely function as a police officer. Actually, she barely comes across as a wife, lover, and friend to her husband. The writers have stripped this character of all of her, well, character. Anyway, a thuggish attorney threatens Beckett’s life, in her office at the police precinct, and she let’s him walk out. Yeah, right. In real life he’d have been in handcuffs faster than Castle could say something stupid, which in this episode occurred with nearly every breath he took.

And then there was the request to search a private business. The judge denied that request based on the fact that probable cause did not exist, which was a first for this show. Yet they searched the place anyway by having the “Groundhog Day” dead guy pretend to be there in his official capacity as safety inspector. Wrong, wrong, and doubly wrong. That might’ve been an illegal search, one that I doubt the city would be pleased to learn that was led by one of their inspectors. At the very least, I certainly wouldn’t want to be in their shoes (Beckett and the other members of the search team) if the case went before the judge who denied the warrant.

What an absolute mess the writers and ABC have created. Even Fillion’s scenes this week were waaaaay over the top silly. What are trying to prove? That they know how to ruin what was once a fabulous show enjoyed by fans worldwide? That they can write horrible storylines and dialog? That they do not care one speck about the fans? That they do not respect the viewers?

I know I’ll be glad when this mess is over and done for good.

And, they turned Melanie from Good Cop to Sad Cop, and that’s downright unforgivable.

The Winners of the 2016 Edgar Awards Are…
Scroll to top