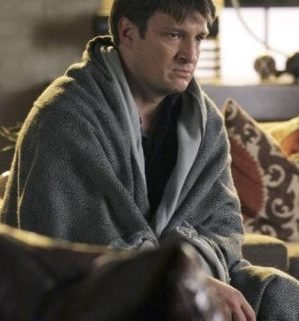 What can be said about this episode of Castle? Well, not a lot by me. There was very little police procedure to screw up. And Castle has completely taken over all investigations, solving every single case that comes along. Seems that Beckett and crew have suddenly become so incompetent that they have to rely on the investigative skills of a mystery writer to save New York from the evil-doers. So that makes it difficult to evaluate the police procedure since he’s not a cop. Therefore, my role this week was easy, and brief. But Melanie’s going first again so I’ll turn things over to her. Melanie…

Well, last week Lee wasn’t pleased with the show, and I was. I don’t know what he thinks this week, at least not yet, but this time I’m not a happy camper. Marlowe turned the tables on us, and I don’t like it.

Yes, I enjoyed the freezer scenes, the theory building, and the search for the bomb. All of that had a bit of a “movie” feel. Not bad. 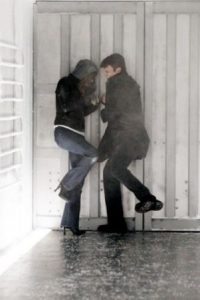 But seriously…what in the name of everything holy is Kate still doing with Josh? Okay, sure. He’s a doctor. I thought he might play a part after they were rescued from the cooler, if his plane didn’t take off for Haiti… but I also thought Kate would kick him to the curb after that. I mean, seriously! Is she blind? Can’t she see that Rick loves her?

I have hope, though, that she might eventually get a clue, as evidenced by these points: 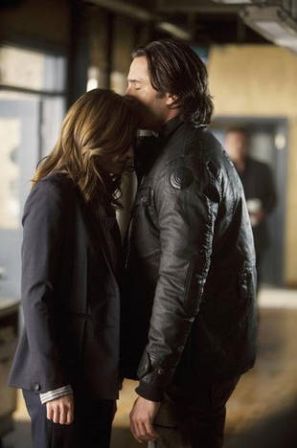 • The way Rick looked at Kate when she went to Josh after they talked near the ambulance. He was stunned. Sucker-punched. Had the wind knocked out of his sails. Use whatever cliché you want – it hurt.

• The brokenhearted look he gave her after he sent Alexis and Martha to the Hamptons. He wasn’t just thinking about them; he was also picturing her with Josh and thinking that he’d never have a chance with her.

• The way Kate watched Rick as he built theory with Fallon while they were searching for the bomb. I’m convince that her heart wants him, but her head won’t let her admit it because he’s Rick Castle.

• They almost died together – again – after they found the bomb, and they shared a delicious hug afterwards. Sure, they were celebrating being alive, but it was sweet nonetheless. They’ve shared so much together. Surely something should click soon.

• During their celebration over beers at the precinct, Esposito said, “You guys don’t know how lucky you are.” And Rick looked at Kate and said, “Actually, I do.” That look says it all. He’s in love with her. Everybody in the room picked up on it… except, apparently, Kate. Or maybe she just ignored it because she’s scared.

• Before Josh (the ass) showed up at the end, Rick was about to ask Kate out… or something. Maybe he wanted her to go for a drink. We’ll never know, because he apparently saw Josh arrive and changed what he was going to say – a mirror image of what happened in last year’s season finale when Kate changed what she was going to say (telling Rick she’d go to the Hamptons with him) when Gina showed up.) And yes, this hurt just as much. Aarrgghh!!

• Josh took Kate in his arms, but she was looking at Rick as he walked away — even though he kept his eyes averted and never looked at her again. I guess seeing them together was just too hard to take.

So yes, I still have hope. But this hurts almost as much as watching A Deadly Game at the end of last season. I hope Marlowe will take pity on us shippers and ditch Dr. Motorcycle Boy at the first opportunity. I’m ready to buy him a ticket to Haiti myself.

Melanie…This episode actually made me miss Lanie Parish. Why? Because it was a snooze fest for me. Boring. Boring. Boring. Your hero, Marlowe, seems to have let us down this time. And, as I said in the opening paragraph, there wasn’y a lot of police procedure involved in this hour of…whatever it was. But…

I think the DHS agent was written as a hard-nosed guy that we were supposed to dislike. But I didn’t. Actually, he ended up playing a decent part. I just wish he’d have just that ***hole in the interrogation room. At least that might have provided a teeny bit of tension in what was supposed to be a nail-biter of an episode. 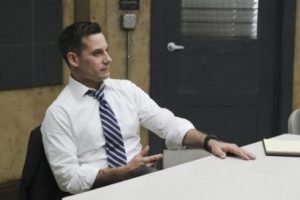 – DHS agent tells the captain to get him a list of all the significant events going on in the city. What? Where is he from, Happyland, Idaho? They’re in New York City for goodness sake. The task of listing every event going on there would be like having Lanie Parish say something intelligent about forensics…not happening.

– How about how Ryan and Esposito found Beckett and Castle? In a city the size of New York, those two searched places they thought Beckett and Castle would go (yeah, right), and then they saw her car, went inside the right building, saw a light in the storage container, and voilà, there were the two human popsicles. How could they see a light in a container that was sealed tightly enough to be used as a freezer? It would have been much more believable had a patrol officer found the car while doing what they do…patrolling.

– Why was Josh working from an ambulance? Isn’t he a doctor…a miracle worker? Wouldn’t the paramedics who actually would work there be the right people to treat the sick and injured in the field? And…even if Josh did need the extra money, what are the chances that he’d be in that ambulance, in that part of the city, responding to that call?

– Beckett tells her crew that patrol units located the crook’s missing cell phone in a dumpster. Yeah, that could happen. In a city the size of New York, how many dumpsters do you think they’d have to search to find a tiny cell phone? It would be difficult to search one dumpster and be lucky enough to find a phone under all the garbage. Besides, did every single patrol officer stop what they were doing to paw through dumpsters? 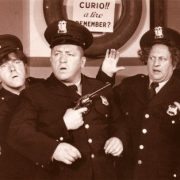 – I quickly grew weary of Castle pointing out every single clue and case-solving aspect, including the ID theft of the soldier. For a split second there, the DHS agent and Beckett and crew looked like the Three Stooges while Castle explained how the ID theft would have occurred, and why. Something a rookie would have known two days BEFORE entering a police academy.

– And then there’s the scene where everyone chases the bad guy down the street. Well, they catch the guy, draw their weapons, and begin yelling the usual, “Hands up!” sort of commands. BUT, the suspect was standing directly between Beckett and the DHS guy, who were both pointing the pistols at the slimebag’s chest. Can you say CROSSFIRE? Had either, or both of them fired their weapon(s) there was a good chance the round(s) could have passed through the bad guy’s body, killing both him and Beckeet and DHS guy. Not to mention that Castle was standing next to the suspect AND an innocent civilian looky-loo stood just to Beckett’s right. 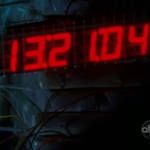 – And pulling out ALL the wires from the bomb? I’m not even going to address that nonsense.

Needless to say, I didn’t like this episode. Not at all. The cast is far better than the writing of this one. When the show ended, my wife made a comment that summed it up nicely. She said, “After that, it would be difficult for future episodes to ‘underdo’ this one.”